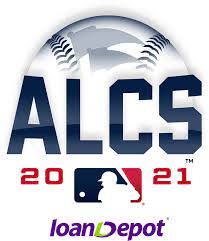 ALCS ACTION: Tonight opens the 52nd American League Championship Series since divisional play began in 1969, when Baltimore  and Minnesota met in what was then a best-of-five series. This marks the 36th year of a best-of- seven format for the ALCS. It is the second time in four years that the Astros and Red Sox have met in the ALCS, following Boston’s 4-games-to-1 win over Houston in 2018. The Red Sox would go on to ultimately win the World Series that season.

HEAD-TO-HEAD: Since the Astros joined the American League in 2013, Houston and Boston have each won 27 games in their 54 regular season matchups. The Astros held the advantage during the 2021 season, going 5-2 over seven games. In addition to their aforementioned 2018 ALCS, the Clubs battled in the 2017 ALDS with the Astros advancing after a 3-games-to-1 win over the Red Sox. Houston continued on to win the 2017 Fall Classic.

UMPIRES: Bill Miller will be the crew chief for the 2021 ALCS, which will mark the eighth League Championship Series assignment of  is career and his first since the 2019 NLCS, when he was also crew chief. Game 1 Assignments:
HP: David Rackley 1B: Bill Miller
2B: Laz Diaz
3B: Dan Iassogna LF: Jim Wolf
RF: Alan Porter

FAMILIAR TERRITORY: The Houston Astros are appearing in their fifth consecutive ALCS, having advanced to the World Series in 2017 and 2019. The Astros became just the second team in history to appear in five straight ALCS, joining the 1971-75 Oakland Athletics. Overall, they became the third team to reach five consecutive League Championship Series, also joining the Atlanta Braves, who reached eight straight NLCS from 1991-99. Including their time in the National League, this marks the Club’s eighth appearance in the LCS, accomplishing the feat in 1980, 2004 and 2005.

FLIP THE SCRIPT: The Boston Red Sox recorded MLB’s second-largest increase in winning percentage from 2020 (.400) to 2021 (.568), trailing only the San Francisco Giants (.483 in 2020, .660 in 2021). Boston’s .400 winning percentage in 2020 was the Club’s lowest in franchise history prior to a Postseason appearance. Having finished last in the AL East in 2020, this year’s Sox are the fourth Club in history to advance to the ALCS after finishing last in their division the season before. The last Club to accomplish the feat was the 2013 Red Sox, who went on to win the Fall Classic.

ADVANCING IN STYLE: The Red Sox advanced to the ALCS following a pair of walk-off wins in Games 3 and 4 of the ALDS. In the bottom of the 13th inning in Game 3, Christian Vázquez hit a two-run homer to propel Boston to a victory. He became the fifth player (sixth time) in franchise history to club a Postseason walk-off home run, joining Manny Ramirez (2007 ALDS G2), David Ortiz (ALDS G3, ALCS G4), Trot Nixon (2003 ALDS G3) and Hall of Famer Carlton Fisk (1975 WS G6). Following a sacrifice fly in Game 4 of this year’s ALDS by Kiké Hernández, it marked the first time that Boston had walk-off wins on back-to-back nights in the Postseason since David Ortiz in both Games 4 and 5 of the 2004 ALCS. In addition, the walk-off win to clinch a Postseason series was the fourth-ever by the Red Sox, previously accomplished in Game 4 of the 2008 ALDS; Game 3 of the 2004 ALDS; and Game 8 of the 1912 WS.

COMING IN HOT: The Boston Red Sox averaged 6.4 runs-per-game between their AL Wild Card win over the New York Yankees and  their ALDS win over the Tampa Bay Rays. The Houston Astros averaged 7.75 runs-per-game in their ALDS victory over the Chicago White Sox. The 2021 ALCS marks the sixth time in the Wild Card era that both Clubs will enter a League Championship Series averaging six-or-more runs per game during that Postseason. The last time it occurred was when the Red Sox and Astros met in the 2018 ALCS.

NO SAVES NEEDED: The ALDS featuring the White Sox and Astros saw convincing victories by both Clubs. Houston won Game 1, 6-1; Game 2, 9-4 and Game 4, 10-1. In their lone victory in Game 3, Chicago won by six runs, 12-6. According to the Elias Sports Bureau, it marked the first Postseason series in Major League history in which all games were decided by at least a five-run margin.

POSTSEASON VETERANS: Houston’s infield of first baseman Yuli Gurriel, second baseman Jose Altuve, third baseman Alex Bregman and shortstop Carlos Correa have now appeared in 61 Postseason games together. Per the Elias Sports Bureau, that marks the most Postseason games played together by four teammates in MLB history. Additionally, Correa and Altuve have played 64 playoff contests together, the most all-time by a shortstop-second base tandem.

THIS DATE IN ALCS HISTORY: In 1995, Hall of Famer Eddie Murray went 3-for-3 with an RBI and Hall of Famer Jim Thome belted a  two-run homer in the bottom of the sixth inning to give the Cleveland Indians the lead for good as the Tribe took Game 5 of the Championship Series, 3-2, over the Seattle Mariners. Orel Hershiser improved to 7-0 lifetime in the Postseason with eight strikeouts in 6.0 strong innings.

• Posted a streak of six consecutive starts from September 17, 2020 – June 13, 2021 in which he allowed one run-or-fewer, becoming the first Astro starter to do so since Justin Verlander in 2018.

• In Game 2 of the 2021 ALDS against the Chicago White Sox, allowed four runs on seven hits in the no-decision. Tallied six strikeouts while allowing just one walk. • Over four career Postseason starts (five appearances), has compiled a 3-1 record with a 2.86 ERA and 32:11 strikeout-to-walk ratio. • Made his Postseason debut in Game 1 of the 2020 Wild Card Series against the Minnesota Twins. Became the fourth pitcher in MLB history to finish a game with at least 5.0 scoreless frames in his debut and the first since Joe Price in Game 5 of the 1987 NLCS. • Made two starts against the Red Sox during the 2021 campaign, earning the win in both outings and logging a 1.26 ERA across 14.1 innings of work. Tallied 18 punchouts while permitting just two walks and 10 hits.