* After honoring late goaltender Matiss Kivlenieks in a pre-game ceremony at Nationwide Arena, the Blue Jackets scored eight goals en route to winning their home opener.
* Tyler Bertuzzi scored four times for the hosts, but Tampa Bay staged a three-goal, third-period comeback to win a thriller in Detroit – one of seven games Thursday that saw teams combine for six or more goals.

* Anze Kopitar capped the night with a historic five-point outing for the Kings, while the Kraken edged the Predators at Bridgestone Arena to earn their first regular-season win in franchise history.

BLUE JACKETS WIN HOME OPENER AFTER HONORING KIVLENIEKS
Oliver Bjorkstrand (2-2—4) factored on four of Columbus’ eight goals – its most-ever in a season-opening game – and Elvis Merzlikins made 36 saves as the Blue Jackets defeated the Coyotes after honoring the memory of Matiss Kivlenieks before their home opener at Nationwide Arena.

* Bjorkstrand, who established a single-game career high for points, became the second player in franchise history with four in a season opener. He joined Rick Nash, who had 2-2—4 on Oct. 5, 2007.

* Columbus unveiled a banner featuring Kivlenieks’ No. 80, which will remain in the rafters at Nationwide Arena for the duration of the 2021-22 season. Kivlenieks’ family members also participated in a ceremonial puck drop between new Blue Jackets captain Boone Jenner (1-0—1) and Coyotes forward Andrew Ladd. 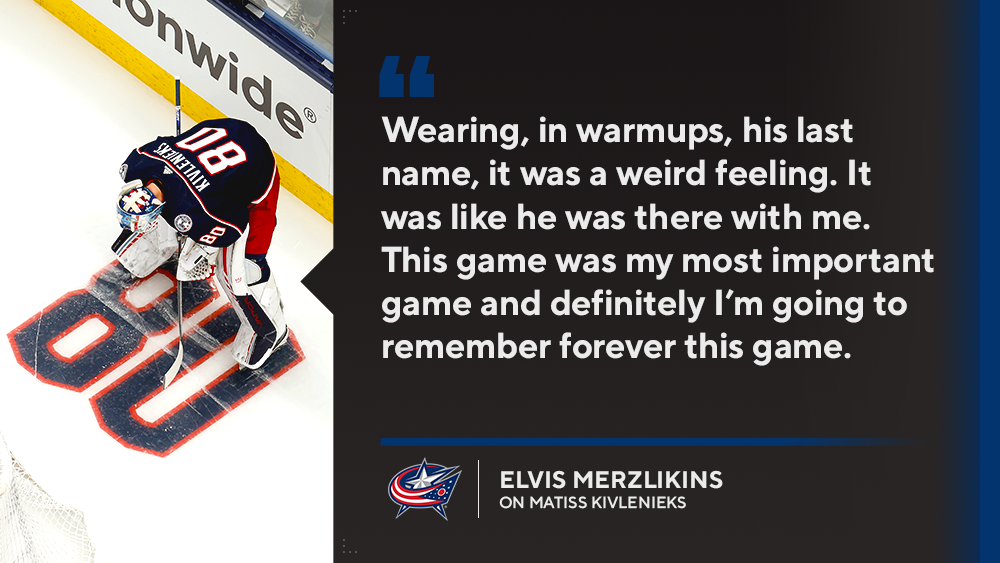 LIGHTNING STAGE THIRD-PERIOD RALLY TO SPOIL BERTUZZI’S FOUR-GOAL NIGHT
Tyler Bertuzzi scored four goals as Detroit built a 6-3 lead, but Tampa Bay tallied three times in the final 6:17 of regulation to pull even and send the game to overtime. Ondrej Palat (2-0—2) then potted the winner as the defending Stanley Cup champions completed a thrilling come-from-behind victory at Little Caesars Arena.

* The Lightning, who received four-point efforts from stalwarts Nikita Kucherov (1-3—4) and Victor Hedman (0-4—4), overcame a three-goal, third-period deficit to win a game for the third time in franchise history. The two other instances were on Dec. 16, 1992 and Dec. 23, 2006.

* Bertuzzi, who skated in his first game since Jan. 30, became the ninth player in NHL history with four or more goals in a season-opening contest. 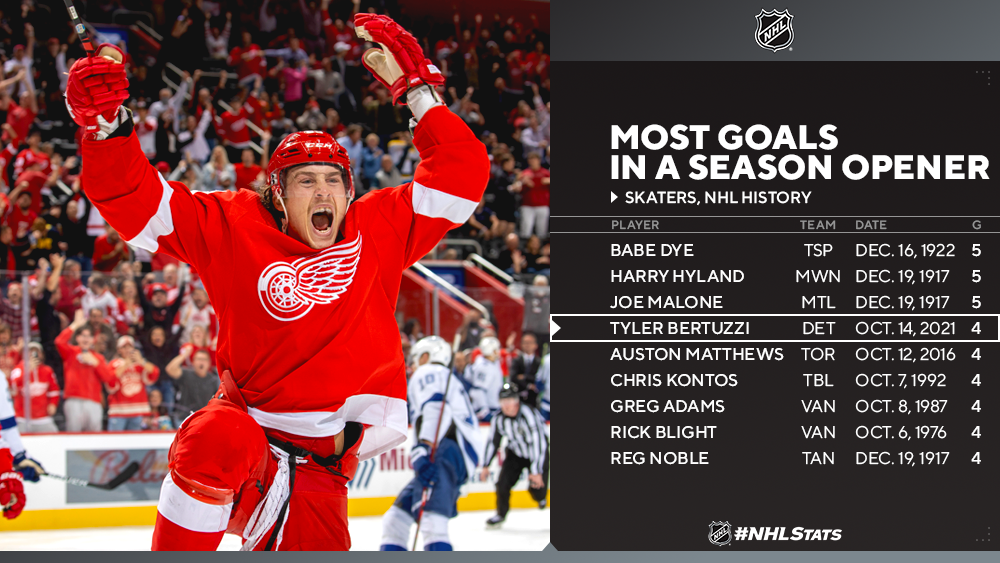 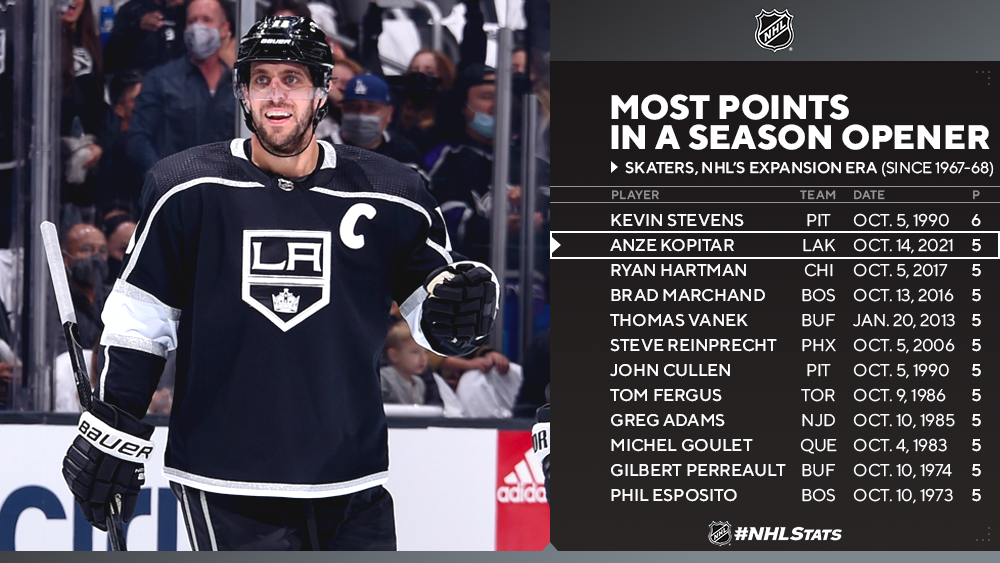 SEATTLE SECURES FIRST WIN IN FRANCHISE HISTORY
Brandon Tanev tallied twice, including the game-winning goal with 1:21 remaining in regulation, as the Kraken edged the Predators to earn their first regular-season win in franchise history. 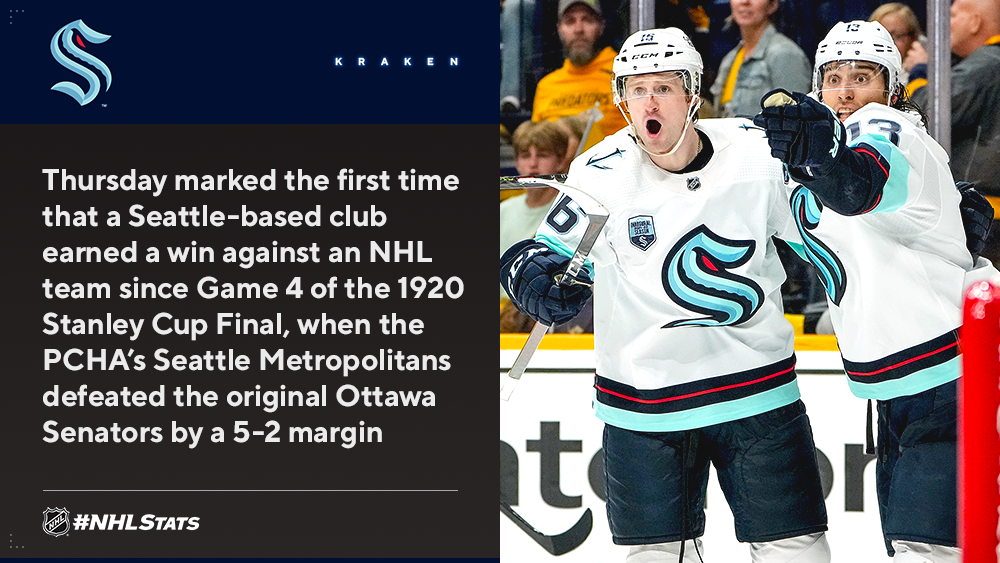 NHL ON TNT DELIVERS MOST-WATCHED SECOND DAY OF NHL COVERAGE EVER
TNT’s first-ever NHL regular-season telecast was the most-watched game to ever air on the second night of nationally televised NHL coverage, among total viewers and all key adult and male demos. Click here for the full release from Turner Sports PR. (Image: @TurnerSportsPR) 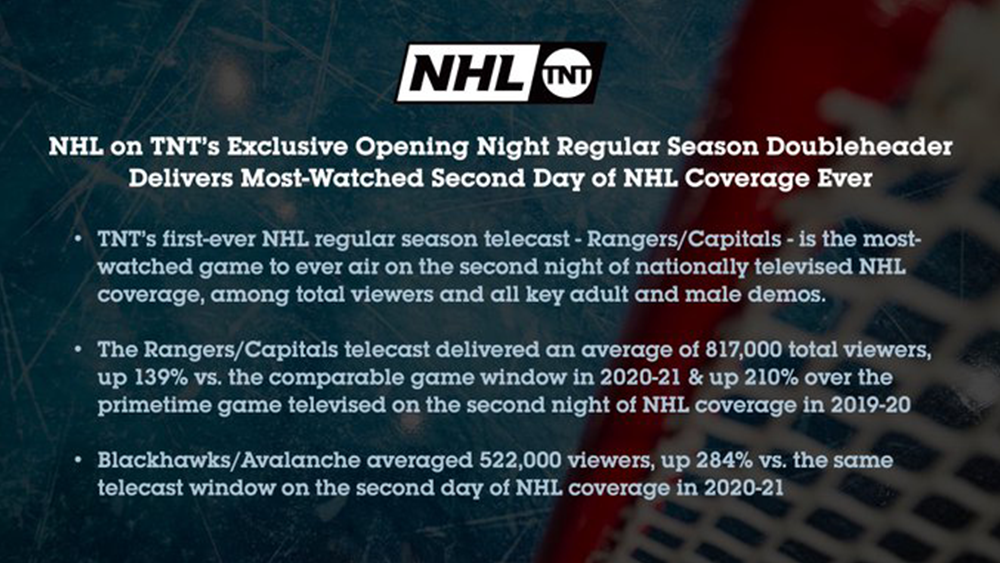 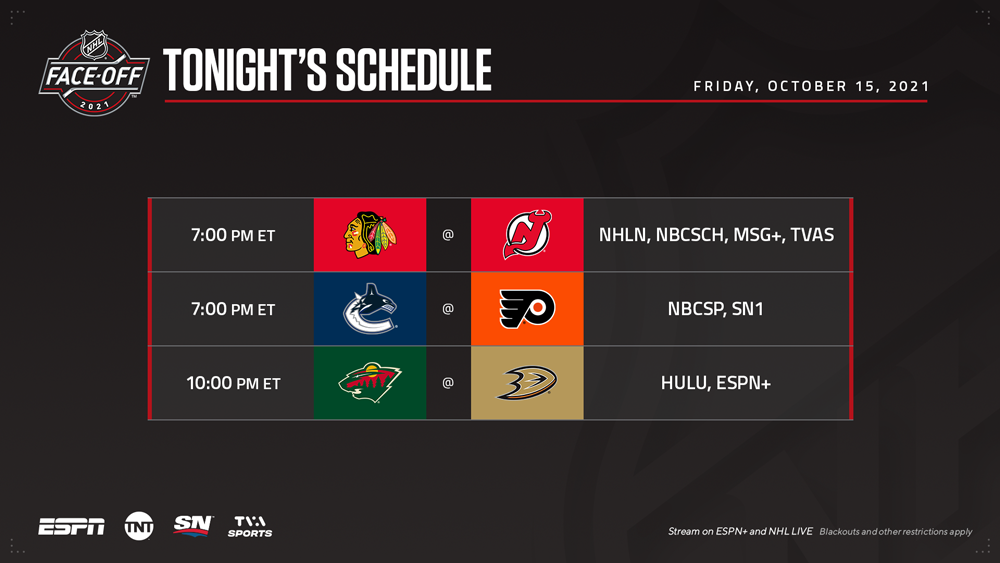 * Hamilton, who signed a seven-year contract with New Jersey, has reached the 10-goal mark in each of his last seven seasons dating to 2014-15. He can become the first NHL defenseman with a double-digit total in eight or more consecutive campaigns since Sergei Gonchar, whose run of nine straight seasons ended in 2007-08.

* Kaprizov re-signed with Minnesota after leading all rookies in goals and points last season en route to becoming the first player in franchise history to win the Calder Trophy. Kaprizov (27-24—51 in 55 GP) is just three regular-season goals shy of 30 in his NHL career. 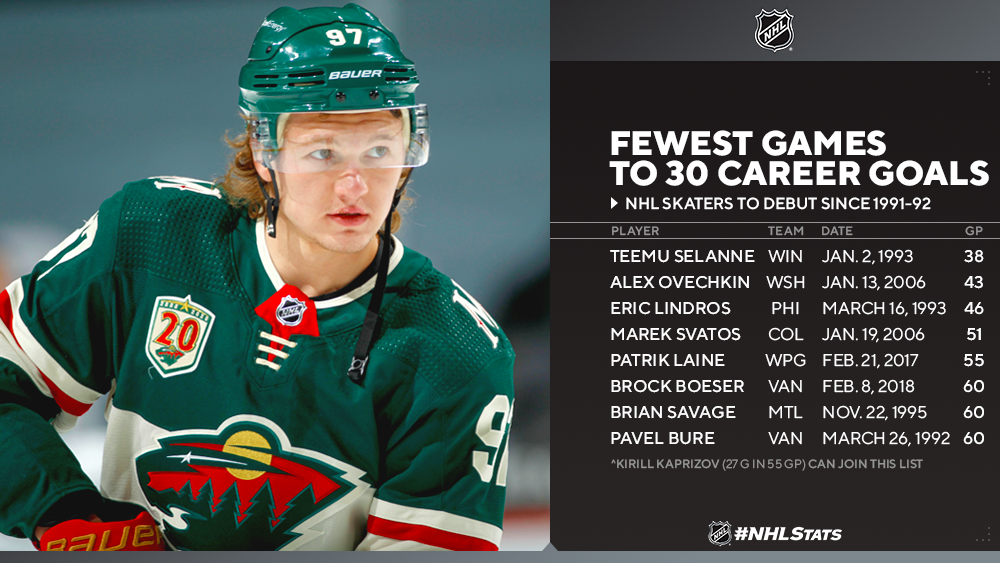