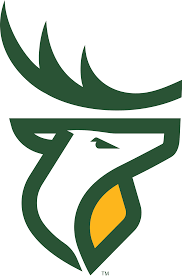 EDMONTON — In their second meeting in as many weeks, the Edmonton Elks will be matching up against the Winnipeg Blue Bombers as the teams get set to kick off Week 11 in the CFL.

Friday’s matchup will mark the 200th meeting between the West Division rivals. Edmonton leads the series all time with 103 wins, though Winnipeg has gotten the better of the Green and Gold in their first two meetings of the 2021 season.

As Edmonton prepares for their third meeting with the Bombers, the team will be turning to Taylor Cornelius to lead the offence. Despite Trevor Harris being available, head coach Jaime Elizondo made the decision to start Cornelius under centre as the Elks enter Week 11.

Both Harris and Cornelius fielded snaps in Edmonton’s 30-3 loss to the Blue and Gold just a week ago. Harris was named the Elks’ starter for Week 10, however, Cornelius was brought in to replace Harris early in the fourth quarter, the pair combined for just 15 completions and 134 passing yards.

Cornelius made his first-career start in Week 7 against the Bombers filling in for an injured Harris. The rookie played admirably giving the tough situation, completing 19 of his 33 passing attempts for 243 yards as the Elks suffered a 37-22 loss.

Edmonton will once again be calling on Cornelius to lead them through a difficult situation, as they get set to take on the defending Grey Cup Champions once again.

Despite their record, the Elks are not a team that should be taken lightly, especially not on the defensive side of the ball according to Winnipeg quarterback Zach Collaros.

“Edmonton is a tough defence,” said Collaros. “They bring it up front, they challenge you in man, I know they’ll have a wrinkle or two for us.”

Through eight games of the regular season, Edmonton’s secondary has allowed just 1,701 yards through the air, the fewest among all teams. They have allowed the fewest completions league-wide and have conceded just nine scores while intercepting three.

When facing Collaros, the Elks coverage unit has surrendered an average of 229.5 yards but have forced two of Collaros’ five interceptions on the season.

Entering Week 11, the Blue and Gold will be receiving a boost to their passing attack as Kenny Lawler returns to the lineup after missing Week 10 with a suspension.

Through his first eight games of the regular season, Lawler leads all CFL receivers in yards with 703. The second-year wide out has been a breakout player for the Bombers and has built on a solid performance from 2019. Through 2021, Lawler has already bested his season total of 637 receiving yards from 2019 and has matched his touchdown total with four.

“Obviously from a talent standpoint, his talent speaks for itself,” said Collaros of his teammate. “He just brings a good vibe to the room, and to the huddle.”

Nic Demski has been equally as impressive in the Bombers passing attack this season. In the Week 10 absence of Lawler, Demski was targeted seven times through the game, catching five for 79 yards and a touchdown.

Demski has proven to be extremely effective for the Bombers when given space to maneuver. The veteran wideout’s 272 yards after catch are a career-high and rank him amongst league leaders in the category entering the week.

The former University of Manitoba product has turned 512 receiving yards on 33 receptions on the season and caught three touchdowns, while adding another on the ground. Demski also leads all national receivers in yards.

“I think the game has slowed down for me in a way,” said Demski of his performance. “Just being more of a vet this year and the number of years that I’ve played in this offence, and there’s good chemistry with Zach.”

Collaros and the Blue and Gold offence have been seemingly unstoppable through the 2021 regular season, however no team is without its imperfections.

Winnipeg has had their difficulties scoring points when they have had to kick for them. The Bombers have had three different kickers combine for just 12 made field goals on 23 attempts. Their 52.1 field goals made percentage is the worst among all teams.

In their Week 10 win over the Elks, Winnipeg’s Ali Mourtada made just one of his four attempts and hasn’t fared much better on the season, connecting on just four of his 10 attempts.

Despite the challenges the Bombers are facing in the kicking game, head coach Mike O’Shea remains confident in his special teams athletes, noting that he is to blame for some of the misses as well.

“I do think he’s a very good kicker,” said O’Shea of Mourtada. “There’s six misses, five of them are from outside of forty. I can do a better job, too, of the opportunities I give him.”

As O’Shea tries to lead his team to their ninth win of the season, there are added implications to this game for the Bombers.

Should Winnipeg emerge from Commonwealth Stadium with a victory it would clinch their spot in the playoffs. It would also come to mark their fifth-straight playoff appearance, the longest appearance streak for the Bombers since their 17-year run which started in 1979.

Kickoff is slated for 9:00 p.m. ET on Friday night and can be watched on TSN and ESPN+ or followed along on CFL.ca’s Game Tracker.