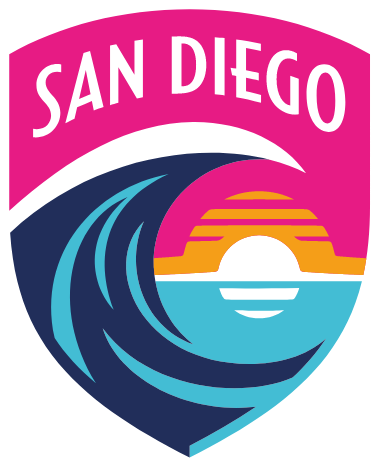 San Diego forward Amirah Ali scored her first career regular season goal against the Kansas City Current on Sunday, though the club fell 2-1 in the end. The goal came in Ali’s 13th appearance as a substitute this season, which is the most games played off the bench by any NWSL player in 2022. Much the talking point throughout the season, though, has been forward Alex Morgan who sits tied at the top in the Golden Boot race with 11 goals in 12 games.

Julie Doyle became the fourth Orlando player with a team-leading two goals this season (joining Darian Jenkins, Mikayla Cluff and the traded-away Sydney Leroux) following her strike against Angel City. Orlando is the only team in NWSL without a single player that has scored three or more goals this season. At the back, the play of Pride goalkeeper Erin McLeod has helped her reach fourth in the league on saves (47) with the side also only conceding two goals in its last three games.

Match facts: San Diego Wave FC looks to get back to winning ways on Saturday night as it hosts the Orlando Pride at Torero Stadium. San Diego, who are in a race for first place with a couple of other teams, has not lost at home in the regular season making the task a difficult one for the visiting Pride side.

With just three goals in their last four games though, San Diego is on a run of four straight games without scoring more than one goal, the longest stretch without a multi-goal game in the club’s brief history (all competitions). The Wave have collected four points in the four-game stretch (W1 D1 L2) and have just one four-game period this season with fewer points.

Orlando made it three draws in a row with a 2-2 tie against Angel City on Sunday, the longest string of consecutive draws in club history. The Pride are also on a five-game unbeaten streak (W1 D4) as they seek to climb into a more secure playoff position, and have just two longer single-season unbeaten streaks in club history (nine straight in 2017; seven straight last season).

The Orlando Pride are the last team yet to face the San Diego Wave in NWSL competitions. In matches where the Wave are playing their opponent for the first time in any competition, San Diego has five wins, two draws and three losses, with all five wins coming during the regular season.