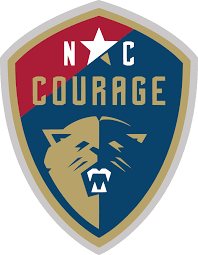 North Carolina forward Diana Ordoñez scored twice in the Courage’s draw with the Thorns for her second career brace in nine regular season appearances in NWSL. The attacker is on fire as of late and is now tied with Katlyn Johnson and Mónica Ocampo for the most multi-goal games by a Mexican national team player in NWSL play. In addition, the brace elevated her goal tally on the year to seven, placing her tied for third place behind co-leaders Alex Morgan and Sophia Smith.

Current attacker CeCe Kizer, who was traded to the side in June, scored her fourth goal for Kansas City in the team’s victory over the Wave. The goal was Kizer’s ninth career goal in NWSL league play but her first scored in the first half of a match with her previous eight all coming in the second half. On the other side of the field, Current goalkeeper Adrianna Franch is near the top of the saves chart as her 46 saves in 13 games have her at fifth in the league in that category.

Match facts: The North Carolina Courage return home to WakeMed Soccer Park as they welcome the Kansas City Current to town in the first of two games across the league on Saturday.

The Courage enter the weekend’s contest on a three-game unbeaten run that has seen the side draw all three contests, scoring eight goals in the process. Most recently, North Carolina fought back to earn a point in a 3-3 draw at Portland with the Courage completing a comeback twice en route. The occasion marked the first time North Carolina had ever avoided defeat in a match it trailed by multiple goals (W0 D0 L15 prior to Friday).

Kansas City, meanwhile, extended its unbeaten streak to nine games with a 2-1 win over San Diego on Sunday and have won each of their last three road matches. The Current had never won a road league match prior to their current streak (D4 L12) and are hoping to become the first NWSL team since Chicago in 2019 to win four consecutive games away from home.

The lone competitive match so far in 2022 between the Courage and Current was a 2-1 North Carolina win in the Challenge Cup knockout round earlier this year. The Courage have hosted Kansas City just once, a 4-0 win last August, which is the largest loss in the Current’s history.