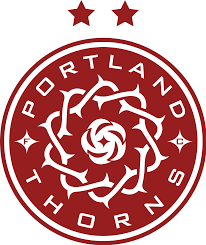 Portland forward Christine Sinclair has 16 career regular season goals against the Red Stars, with at least one goal in 12 games against Chicago. No other player has more than 13 goals against a single team (Megan Rapinoe vs. Gotham) or eight games with a goal against a single opponent (Ashley Hatch vs. Orlando and Alex Morgan vs. Washington). However, in the draw earlier this year, attackers Hina Sugita and Sophia Smithwere on the scoresheet, two names that would also become regulars throughout the year.

Chicago forward Mallory Pugh took just one shot against the Houston Dash on Saturday, her fewest in any NWSL game this year in which she has appeared (all competitions). The last time Pugh took just one shot in an NWSL game was in the NWSL Final against the Washington Spirit. Still though, Pugh leads Chicago in scoring with 10 goals and is also the only player to have scored five or more with the next closest to her being forward Ella Stevens, who has four goals.

Match facts: A blockbuster Sunday across the league begins with a thrilling contest the pits Portland Thorns FC against the Chicago Red Stars at Providence Park. The Thorns currently sit in first place in the league on 35 points, one point above San Diego (34), while Chicago sits on the right side of the playoff line in sixth place on 33 points, demonstrating the jam-packed nature of the standings.

After a scoreless first half against Louisville, Portland scored three second-half goals in the 3-0 home win against Racing on Wednesday, including back-to-back goals in the 47th and 48th minutes. It was the first time Portland had scored goals in consecutive minutes since doing so against the Boston Breakers in August of 2015.

On the other side, the Red Stars were held scoreless in their last match against the Dash despite scoring four goals in the previous game against Kansas City. In the seven games Chicago had scored four or more goals in all competitions in its history, the club had never finished the following game with zero goals scored.

When the Thorns visiting Chicago in May, the teams drew, 2-2, despite the Red Stars taking an early lead. In the nine other games where the Red Stars scored first this season, they have drawn just once (W8), when the Spirit scored an equalizer in the 86th minute just four days after Chicago’s game against Portland.