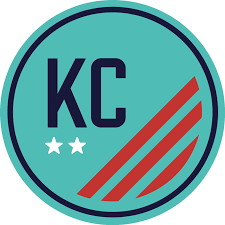 Kansas City midfielder Hailie Mace bagged the club’s big equalizer against Portland on Sunday in the 94thminute. It’s the latest into a match that Mace has scored in her career and the latest goal scored by any Current player in the club’s history (all NWSL competitions). In the last three games, Mace has scored twice, once against Portland and once to secure an away win over Gotham on September 11.

Washington forward Ashley Hatch scored a late penalty kick on Wednesday after earning the decision herself. Hatch is the fourth different Spirit player to win a penalty this season, tied with the Current and Angel City for most different players with an earned PK this season. The Spirit, who had broken their 17-game winless streak with back-to-back wins, have seen Hatch score twice in the last three games (W2 L1).

Match facts: The Kansas City Current welcome the Washington Spirit to Children’s Mercy Park as the second of four games across the league on Sunday afternoon. The Current, who currently sit fifth in the standings on 33 points, will need a result to help them keep pace with the regular season wrapping up next weekend.

Following its 1-1 draw against Portland on Sunday, Kansas City has now gone unbeaten in nine-straight home games this season. That is the longest single season undefeated streak since North Carolina’s 12-game run in 2019, a season where the Courage never lost a home game. Of those nine unbeaten, the side has won four.

After a 2-1 loss to Angel City on Wednesday, Washington remains winless on the road this season (D7 L3). The Spirit will need to beat Kansas City to avoid being the first NWSL team to fail to win a single road match in two different season (W0 D2 L10 in 2018).

After losing its two NWSL matches against Washington last season, 2-1, Kansas City won on the road against them in July, 1-0, for the Current’s second ever league victory away from home.