* Cale Makar became the third defenseman in Avalanche/Nordiques history to reach the 50-assist mark in a season, while Colorado became the first team in 2021-22 to record 100 points.

* Sidney Crosby reached the 70-point mark for the 12th time in his career, guaranteeing that he will average a point per game for the 17th season, tied with Gordie Howe for the second-most points-per-game campaigns in NHL history behind Wayne Gretzky (19).

* Makar (24-50—74 in 63 GP) joined Roman Josi, Adam Fox and Kris Letang as the fourth defenseman this season to record 50 assists as Colorado became the ninth team in the past 45 years to reach the 100-point mark in 67 games or fewer.

* The Calgary, Alta., native skated in front of friends and family at Scotiabank Saddledome on Tuesday. Makar first skated at the “The Dome” as an 11-year-old when he participated in the Flames’ super skills event in 2009, where he skated out on the starting lineup between Jay Bouwmeester and Brian McGrattan with his name announced as ‘Cole Maker.’ His misspelled Flames jersey he received as part of the program was displayed in his childhood bedroom for many years. 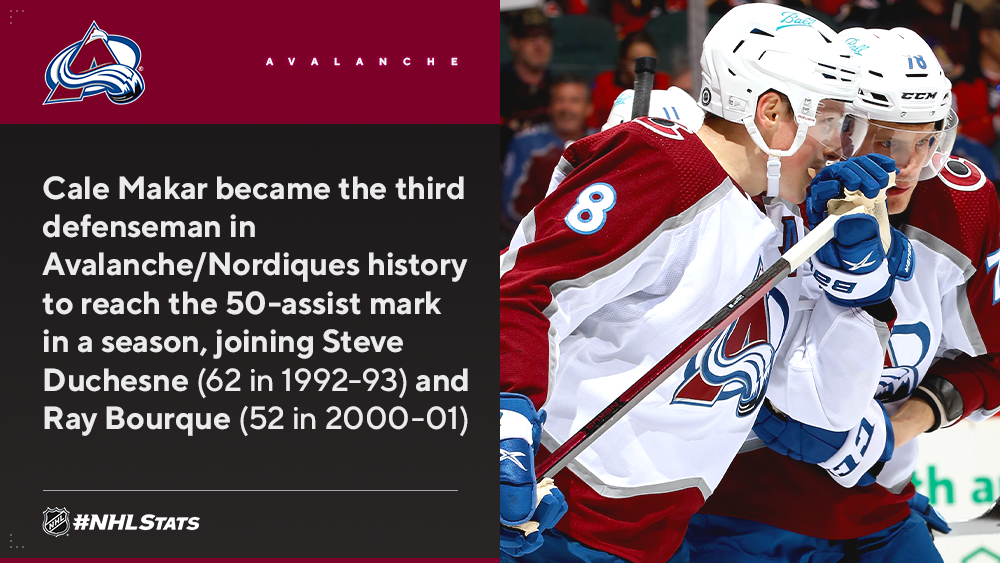 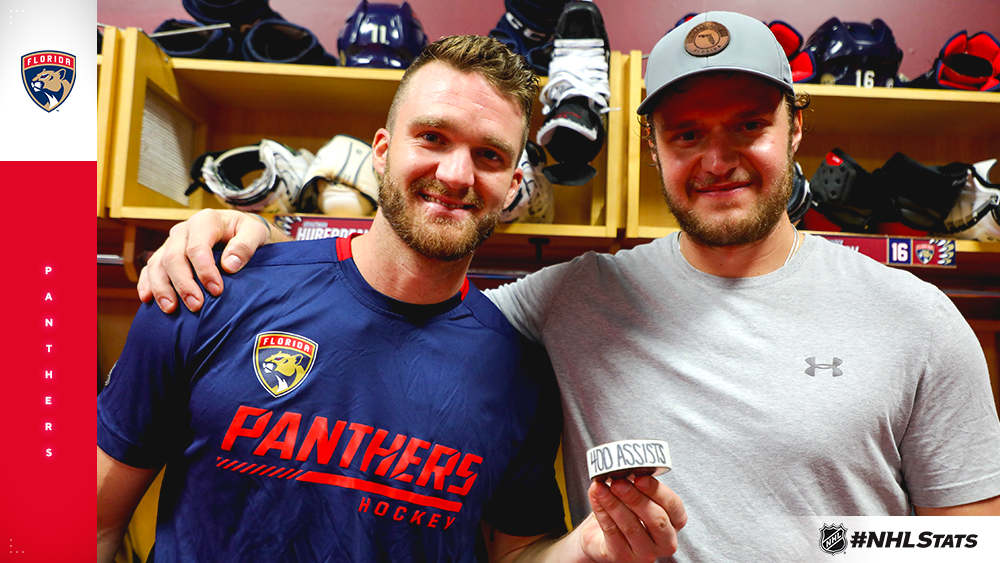 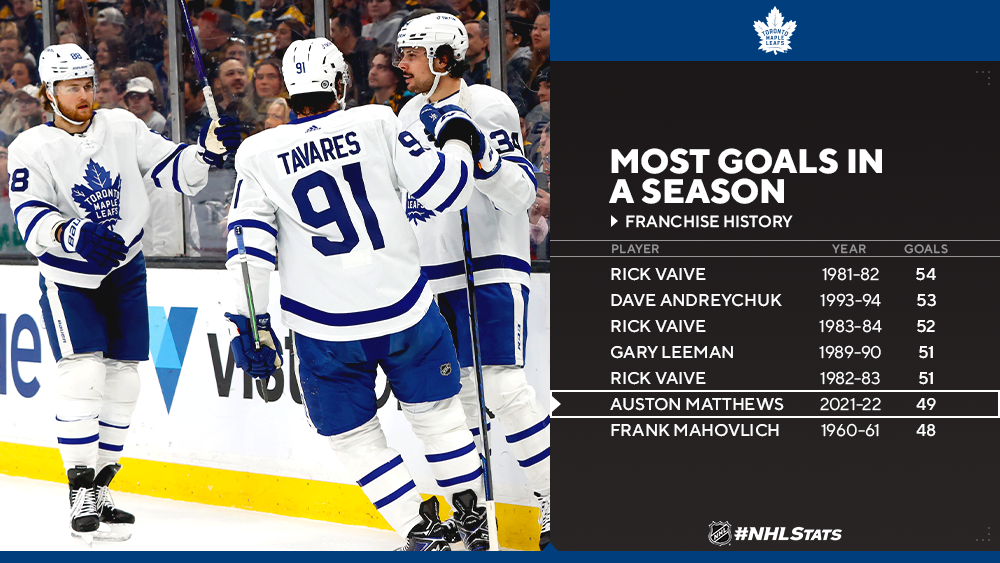 * Stamkos(1-2—3) scored his 11th career overtime winner to power the Lightning (42-18-6, 90 points) past the Metropolitan Division-leading Hurricanes (44-15-8, 96 points) and help Tampa Bay retain second place in the Atlantic. Stamkos, who hit the 30-goal mark for the seventh time in his 14-season career, surpassed franchise legend and Hall of Fame member Martin St. Louis for sole possession of the most overtime winners and 30-goal campaigns by a Lightning skater.

* Kaprizov (37-45—82 in 64 GP) scored the winner to move within one point of matching the single-season franchise record and help Minnesota extend its winning streak to seven games, which marks the longest active run in the NHL.Kaprizov (13-6—19 in 15 GP) has 13 goals since March 1 and tied the Wild record for most in a single month, set by Eric Staal in February 2018 (13-8—21 in 13 GP). 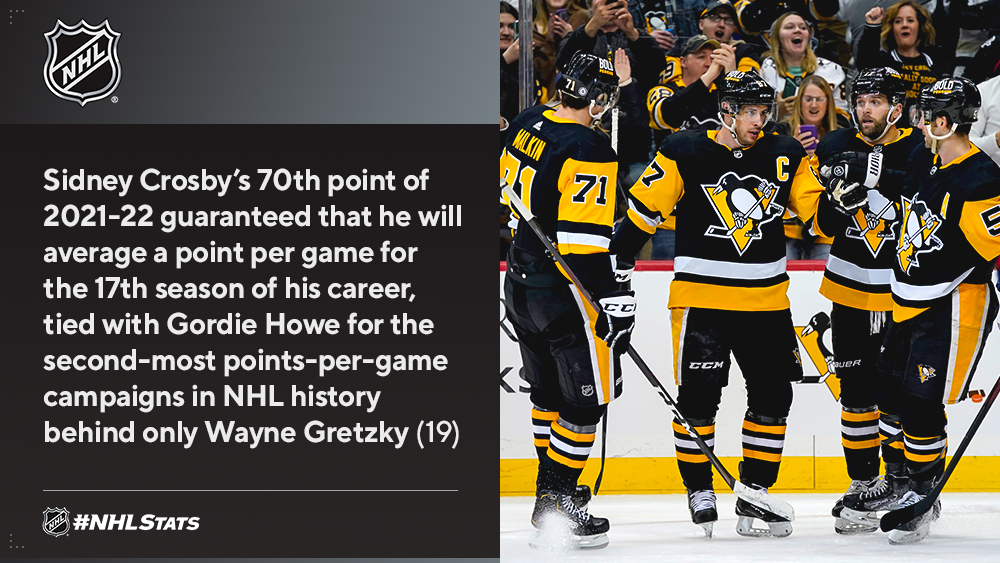 Sandwiched in between a TNT doubleheader in Detroit and Seattle, the Kings (36-23-9, 81 points) and Oilers (37-25-5 79 points) will clash at Rogers Place in Edmonton as the two clubs continue to jockey for second place in the Pacific Division. 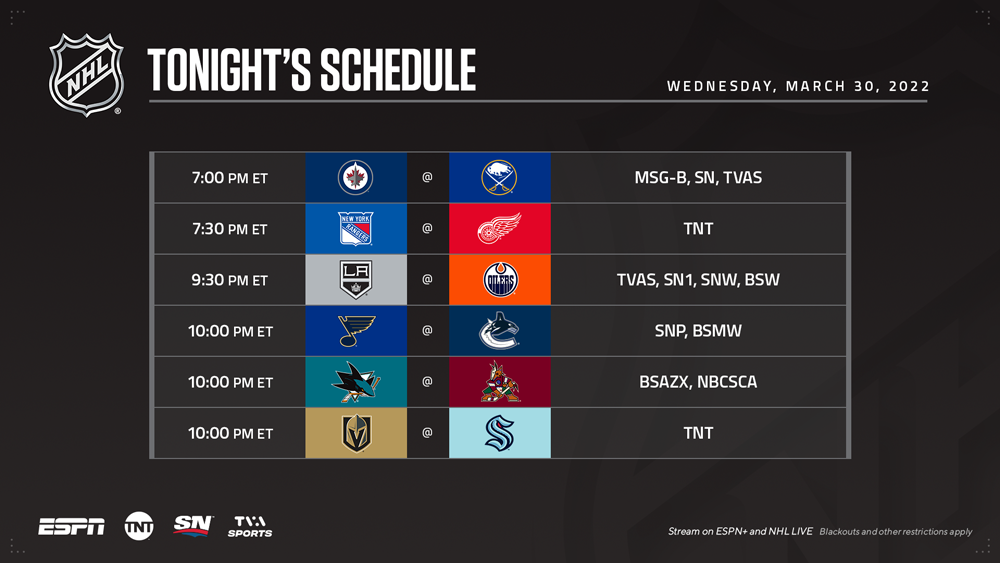 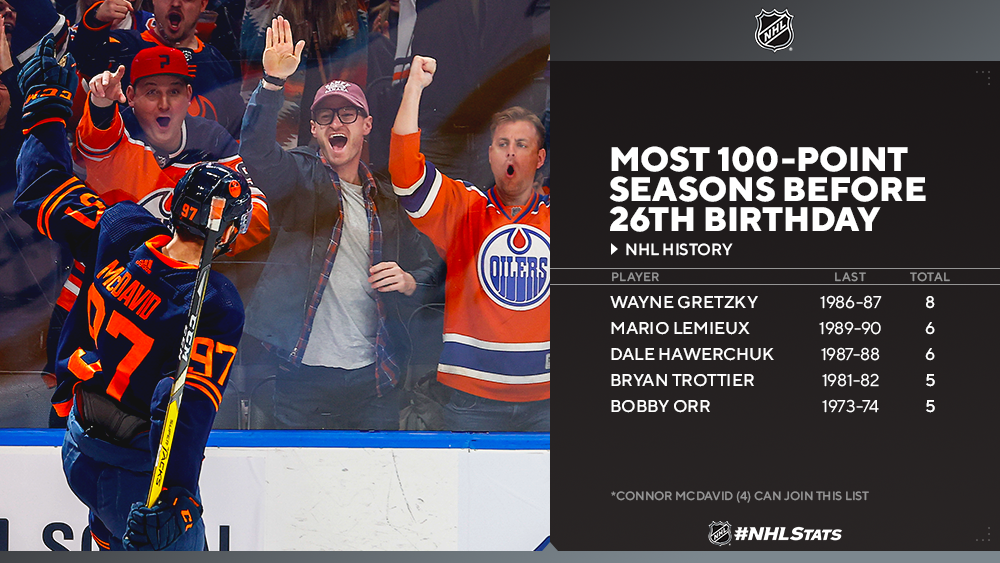