* Eight teams in the Western Conference are separated by nine points, with the Blues, Stars and Jets skating to crucial victories in the Central Division standings.

* While the Hurricanes maintained top spot in the Metropolitan Division, the Penguins overtook second place after a win against the Blue Jackets and a Rangers loss to the Devils.

* After being acquired by the Maple Leafs prior to the Trade Deadline, Mark Giordano is set to make his debut with his hometown team.

* Brandon Saad (1-1—2) scored a highlight-reel tally and David Perron extended his goal streak to seven games as St. Louis erased two one-goal deficits to improve to 4-0-1 against Washington dating to Jan. 3, 2019. The Blues secured their 17th comeback win of 2021-22, which trails only the NHL-leading Avalanche (19) for the most among Western Conference clubs.

* Tyler Seguin (1-1—2) became the first player from the 2010 NHL Draft to reach the 300-goal milestone (300-374—674 in 805 GP) after Roope Hintz and Denis Gurianov scored 24 seconds apart to erase a 3-2 deficit en route to a Stars victory. Seguin recently welcomed long-time friend Scott Wedgewood to Dallas, after he was acquired by the Stars on Sunday. The duo met in the hospital at the age of six after Seguin’s appendix was taken out in the room beside Wedgewood’s brother. The Brampton Ont., natives went to the same high school, attended prom together and played junior hockey in the Ontario Hockey League with the Plymouth Whalers. 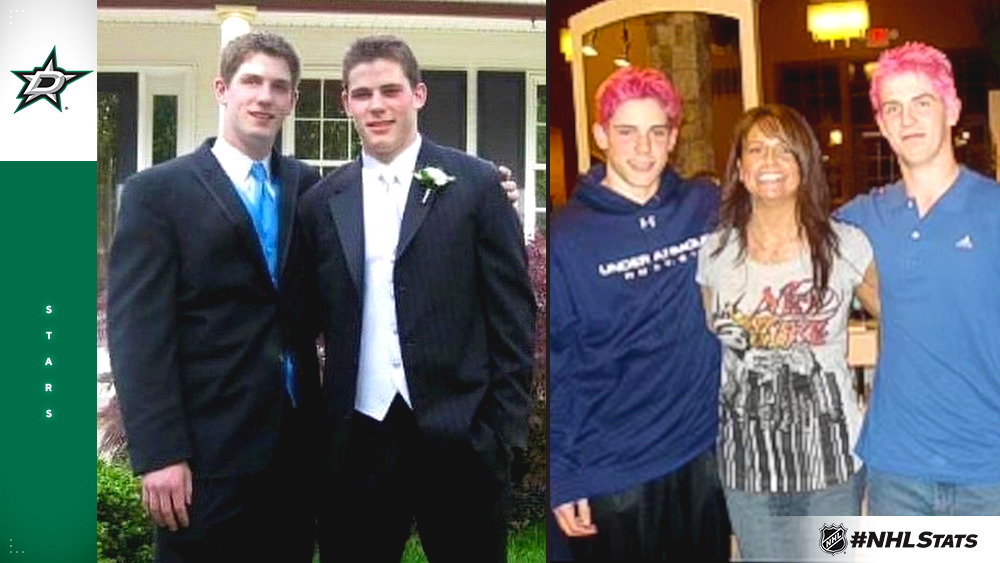 * Connor Hellebuyck turned aside all 42 shots he faced to backstop the Jets to their fifth consecutive win against the Golden Knights dating to Nov. 2, 2019. Tuesday marked the third time Hellebuyck has made 40 or more saves in a shutout (also Nov. 27, 2016 & Jan. 14, 2020), tied with Mike Smith, Juuse Saros, Jonathan Quick, Jacob Markstrom and Mackenzie Blackwood for the most such performances among all goaltenders since his debut in 2015-16.

HURRICANES, PENGUINS CONTINUE TO JOCKEY FOR POSITION ATOP METROPOLITAN
The race atop the Metropolitan Division standings continued to intensify as the Hurricanes (42-15-6, 90 points) held off a late-game rally by the Lightning to maintain the top spot, while Sidney Crosby notched his 13th career 40-assist season as the Penguins (39-16-9, 87 points) overtook second place from the Rangers (40-19-5, 85 points).

* Sebastian Aho (1-0—1) netted the game-winning goal as the Hurricanes improved to 4-0-1 against the Lightning dating to March 27, 2021 and continued their pursuit of their sixth division crown in franchise history. Only five players in Hurricanes/Whalers history have more winning goals than Aho (33): Ron Francis (57), Eric Staal (47), Jeff O’Neill (38), Kevin Dineen (37) and Erik Cole (34).

* Crosby (0-3—3) posted his 58th career three-assist game and extended the NHL’s longest active home point streak to 11 games (5-13—18). Only one active player has registered as many outings with three or more helpers: Joe Thornton (58). 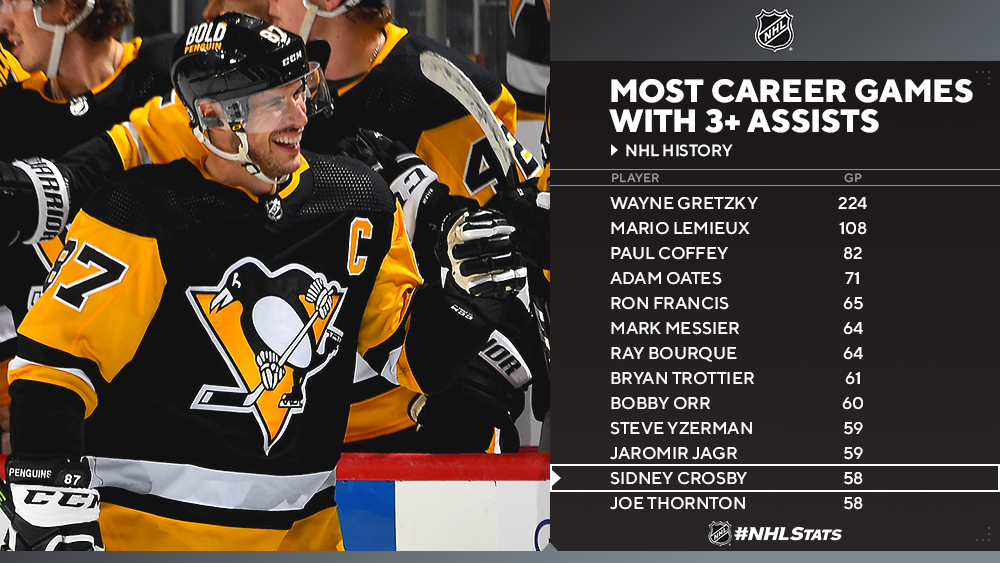 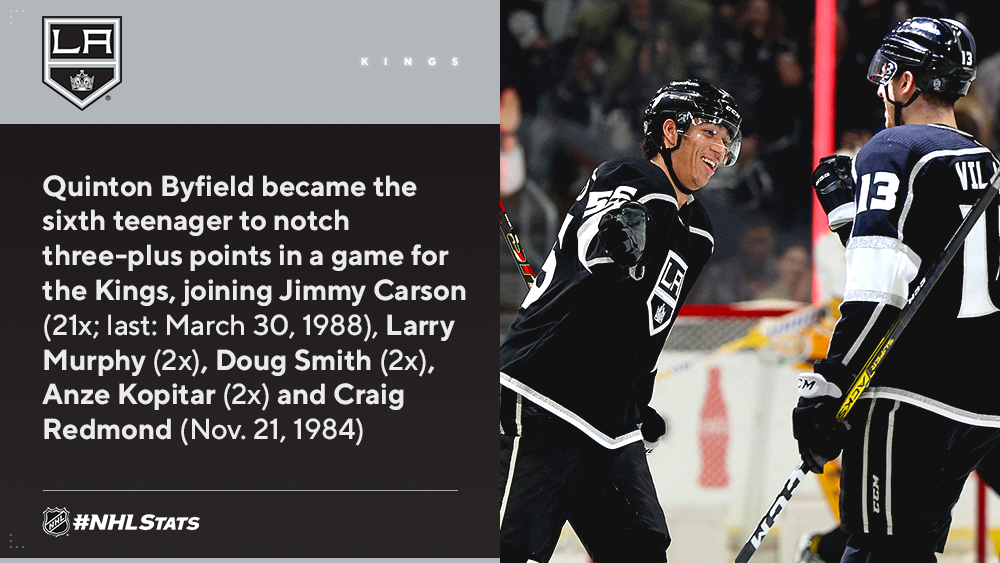 GENDER EQUALITY MONTH: BLUES GIRLS HOCKEY DEVELOPMENT LEAGUE
The Blues partnered with the NHL, NHLPA and Bauer to launch the St. Louis Blues Girls Hockey Development League during the 2020 NHL All-Star Weekend. The three-phase youth hockey program provides low-cost opportunities for girls, ages 4-17, to begin their youth hockey playing career and develop skills at an accelerated rate, while also providing families and players consistency in their schedule in a competitive and fun environment.

* More than 110 girls participated in the first year of the Blues Girls Development League, and more than 225 new girls are estimated to begin their youth hockey careers this season. 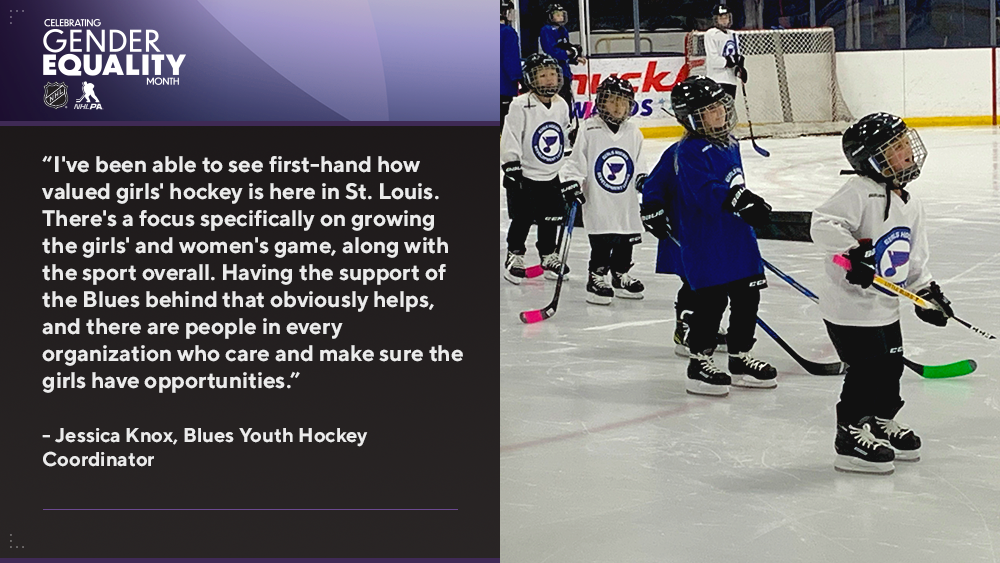 Mark Giordano will be making his Maple Leafs (39-18-5, 83 points) debut in the club’s Next Gen game against the Devils (23-35-5, 51 points). Toronto will be wearing a unique alternate uniform made in collaboration with drew house and Justin Bieber tocelebrate youth and the future of hockey through a reimagined design. 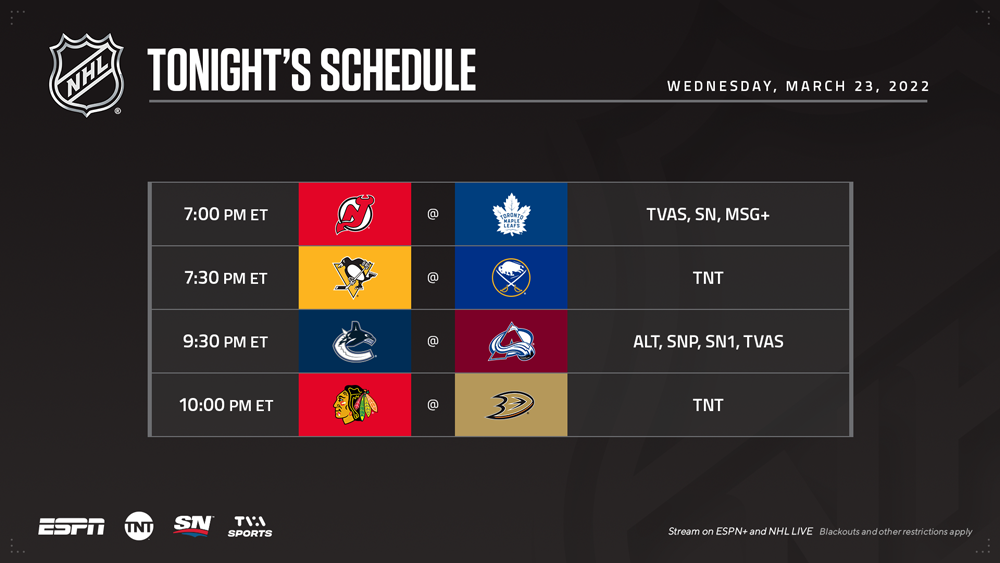 * The Maple Leafs Next Gen jersey was designed in partnership with drew house, Bieber, adidas and NHL as the first reversible sweater ever in North American professional sports. The jerseys are made with adidas’ Primegreen innovation – a series of high-performance materials containing a minimum of 50 per cent recycled content, continuing adidas’ ongoing mission to end plastic waste. Full details of the jersey can be found here.

* While Toronto will wear blue Wednesday, fans may choose to flip the sweater to feature a drew house inspired version with gold trim underneath, and elements of the drew house motif inside the classic Maple Leaf logo, to create a uniform that has never been seen in sport. 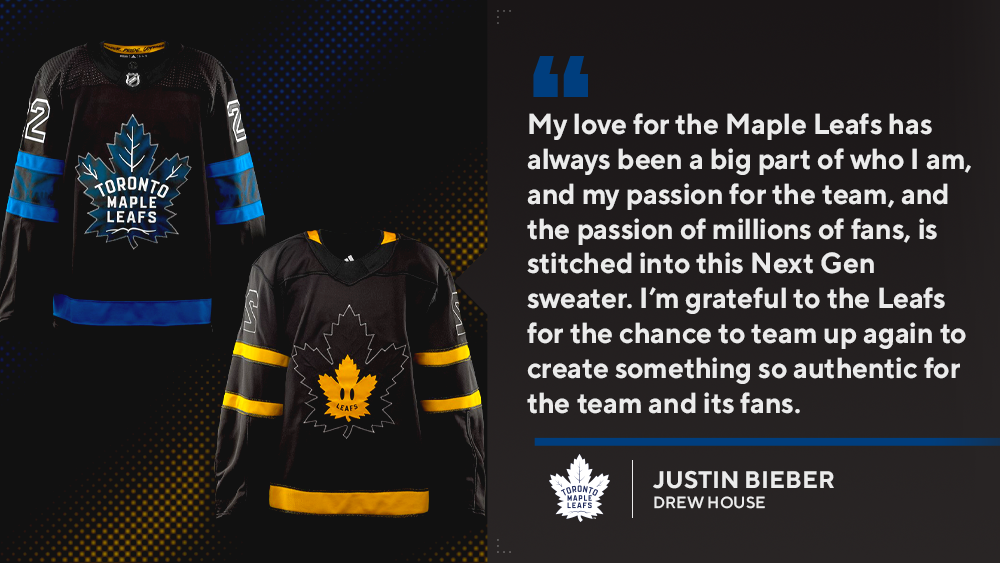