CHICAGO, IL – The Minnesota Twins announced today that they have returned catcher Mitch Garver from his rehab assignment and reinstated him from the 10-day Injured List.

Garver has missed the Twins’ last 39 games recovering from a groin contusion, after being placed on the Injured List on June 2. He played in four games on rehab assignment with Triple-A St. Paul, going 4-for-16 (.250) with two RBI, three runs scored and two walks. Garver hit .224 (26-for-116) with eight doubles, eight home runs, 17 RBI, 17 runs scored, a .333 on-base percentage and an .833 OPS in 41 games for the Twins prior to sustaining the injury on June 1 in Baltimore.

To make room for Garver on the 26-man roster, the Twins have optioned catcher Ben Rortvedt to Triple-A St. Paul. Rortvedt appeared in 29 games across two stints for the Twins this season, batting .129 (9-for-70) with one double, two home runs, five RBI and five runs scored. He also threw out five would-be base stealers and posted a 46.2 caught stealing percentage. 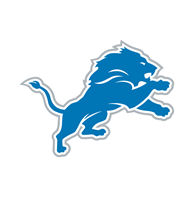 Salsa Technology has bolstered its Salsa…