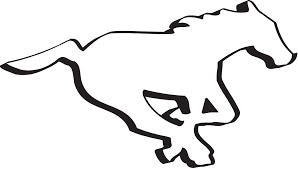 CALGARY — A big passing performance from Michael Reilly and a dominant showing from the Lions’ defence guided BC to a 15-9 road win over the Calgary Stampeders on Thursday night to kick off Week 2.

After being named starter ahead of Nathan Rourke shortly before kick off, the 36-year-old veteran stepped up with a big opening half to put BC in control early — showing no signs of being hindered by the sore elbow. A young Lions defence took care of business to keep Bo Levi Mitchell and the Calgary offence out of the end zone, racking up three sacks and four interceptions.

Calgary’s defence managed to force a pair of turnovers in the second half, and Rene Paredes‘ second 48-yard field goal of the game cut the Lions’ lead in half at 12-6. But BC’s KiAnte Hardin picked off Mitchell in the end zone, and a final interception from Jalon Edwards-Cooper secured the Lions’ first win of the season.

Reilly finished the opening half with 231 passing yards en route to a 342-yard performance with a 79 per cent completion rate. He also added a one-yard rushing score to help his team bounce back from its Week 1 loss to Saskatchewan.

Bryan Burnham and Lucky Whitehead led the Lions receivers with 121 and 108 yards, respectively. Running back James Butler scored a two-point conversion, and kicker Takeru Yamasaki added a pair of field goals and a single.

Linebacker Boseko Lokombo led BC with six tackles, a sack and an interception.

After forcing a two-and-out early in the first quarter, BC proceeded to move down the field through the air. Reilly connected with Shaq Johnson for a first down to get things started, and his next completion went for a 20-yard gain to Whitehead.

Lions receiver Lemar Durant kept the chains moving with a 12-yard catch-and-run, but the Lions fell just short of a touchdown when a Reilly pass went over the head of Burnham in the end zone. The Lions got on the board after a 22-yard field goal attempt from Yamasaki went wide and through the end zone for a point.

Mitchell and the Stamps’ offence showed signs of life on the ensuing drive, as the quarterback launched a pass down the field to Richie Sindani for 35 yards. But the Lions’ defensive front stepped up a few plays later, stuffing backup quarterback Michael O’Connor on third down as he attempted to move the sticks on a QB sneak.

The Lions’ offence took over, and Reilly opened the drive with a 61-yard deep shot to Burnham down the left side of the field. But BC was forced to settle for a 20-yard field goal from Yamasaki following a strong defensive stand.

Calgary responded with a 48-yard field goal from Paredes after Mitchell connected on a 30-yard pass to Kamar Jorden, cutting the Lions’ lead down to a single point.

But Reilly and company continued right where they left off, as the gunslinger quickly completed a 43-yard pass to Whitehead. Reilly then hooked up with Whitehead two plays later for a 13-yard gain, and Butler added 18 combined yards on back-to-back runs.

Reilly finished the scoring drive off with a one-yard QB sneak across the goal line, and an ensuing two-point conversion run from Butler put BC up 12-3 after a review.

A leaping 26-yard catch from Markeith Ambles gave Calgary some momentum on the following drive, but it would be short-lived. The Stamps were ultimately forced to punt after Lions defensive end Obum Gwacham brought down Mitchell for his first career CFL sack.

The Stamps generated another spark of momentum in the final minutes of the first half when Malik Henry returned a punt 42 yards, with Lions punter Jake Ford making the desperation tackle. But the Lions’ defence stepped up again to eliminate Calgary’s touchdown hopes, as a big eight-yard sack from defensive end Tim Bonner was followed by an interception from Marcus Sayles.

Calgary got the ball to start the second half, but the relentless Lions defence forced another punt from Cody Grace. Whitehead and Burnham then gained a pair of first downs, but Chris Rainey couldn’t get anything going for BC in the run game. The Stampeders forced a turnover on downs when Raheem Wilson prevented Rainey from gaining any ground on third down.

The Stamps’ defence added another turnover in the third quarter when defensive back Royce Metchie stripped the ball away from Durant, but the Lions silenced the crowd and got the ball right back on an interception from Lokombo two plays later.

Calgary cut BC’s lead in half with another 48-yard field goal from Paredes, but the next drive saw Hardin come through with a leaping interception on a Mitchell pass intended for Hergy Mayala in the end zone — his first career CFL pick.

Calgary received a small spark with just under six minutes to play when Henry had another solid punt return, but the Lions’ defence refused to break once again and forced a 20-yard field goal from Paredes. Yamasaki missed a late 43-yard field goal attempt, but Calgary’s comeback hopes faded with just over a minute to play when Mitchell’s pass was picked off by Edwards-Cooper in his first career CFL start.

The Lions will host the Edmonton Elks next Thursday at 10:00 p.m. ET, while the Stampeders will host the Montreal Alouettes next Friday at 9:30 p.m. ET.