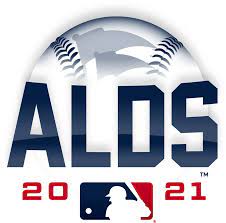 WIN OR GO HOME—The Rays are 10-6 all-time in potential postseason elimination games…the Rays have faced elimination seven times since the start of the 2019 postseason and have won five, hitting 16 HR in their seven “must win” games…last postseason the Rays won “winner take all” games against the Yankees and Astros at Petco Park and lost Game 6 of the World Series against the Dodgers at Globe Life Field…the Rays would need a win tonight to avoid losing in the Division Series for the fifth time in seven series…in the Wild Card era (since 1995), seven of 18 AL clubs to reach 100 wins lost in the Division Series: 2019 Twins, 2018 Yankees, 2017
Indians, 2008 Angels, 2002 Yankees, 2002 Athletics and 2001 Athletics.

BOSTON MARATHON—Last night was the second extra-inning game in Rays postseason history, following a 9-8 win on an 11th-inning sacrifice fly in Game 2 of the 2008 ALCS vs. BOS…last night’s 13-inning game was the longest postseason game at Fenway Park since Game 5 of the 2004 ALCS, when the Red Sox defeated the Yankees on a David Ortiz walk-off single…last night marked the fourth time the Rays lost a postseason game in walk-off fashion, following Game 5 of the 2020 ALCS at HOU (Carlos Correa homer), Game 3 of the 2008 World Series at PHI (Carlos Ruiz single) and Game 5 of the 2008 ALCS at BOS (J.D. Drew single)…combining
regular season and postseason, the Rays have lost in walk-off fashion 13 times this season, tied with 2015 for the most in franchise history.

FIRST THINGS FIRST—Through 3 games this series the Rays are batting .471/.526/.882 (8-for-17) with 2 HR and have scored 9 runs in the 1st inning, compared to .167 (16-for-96) and 6 runs scored otherwise…the Rays have held multi-run leads in the 1st inning in all 3 games, losing the last two…last night the Rays got a 2-run homer from Austin Meadows in the 1st inning and the Red Sox got a leadoff homer from Kyle Schwarber…according to Jayson Stark of The Athletic, it was the first postseason game in Fenway Park history that both teams homered in the 1st inning.

RAYS vs. RED SOX—The Rays have faced the Red Sox in two prior postseason series, winning the decisive Game 7 of the 2008  ALCS to advance to the first World Series in franchise history, and losing the 2013 ALDS in 4 games…tonight is the 15th postseason game against the Red Sox in club history, extending their most against a single opponent (Astros, 12)…this is the third multi-game series against them, breaking a tie with the Astros and Rangers for their most postseason series against a single opponent.

The Rays went 11-8 against them in the regular season (7-3 at home, 4-5 on the road), winning the season series for a third straight season…the Rays lost the first four meetings but went 11-4 after that.

The two clubs met seven times in 10 days from Aug 30–Sep 8 and 13 times in just under six weeks from July 30–Sep 8…the Rays took over first place in the AL East after the middle game of a July 30–Aug 1 sweep over them and remained in first for the rest of the season.

PITCHING PLANS—Tonight’s game will be started by Collin McHugh, his third career postseason start after Game 1 and Game 5 of the 2015 ALDS at KC (with HOU)…he was used as an opener seven times during the regular season, most recently Sep 30 at HOU when he pitched a scoreless 1st inning…the Rays used an opener 21 times in the regular season and went 14-7 (.667) when doing so…the Rays introduced the opener concept against the Angels on May 19, 2018 at LAA, when Sergio Romo pitched a perfect 1st inning and struck out Zack Cozart, Mike Trout and Justin Upton…Romo opened again the next day and pitched 1.1 scoreless innings.

The Rays have 13 pitchers on their Division Series roster, none of which made a start in any of the club’s 20 games from last postseason…10 of 13 pitchers were not on the 2020 World Series roster.

THE WANDER YEARS—20-year-old Wander Franco is 6-for-15 with 2 2B, 1 HR and 2 RBI this postseason, including multiple hits in all 3 games…last night he homered on a 3-1 pitch off Hansel Robles leading off the 8th inning…at 20 years, 223 days he became the youngest player to hit a postseason homer since WSH Bryce Harper (19.362) in Game 5 of the 2012

According to Sarah Langs of MLB.com, his three multi-hit postseason games before turning 21 years old are tied with NYY Mickey Mantle for 4th in postseason history and trails only FLA Miguel Cabrera (5), WSH Juan Soto (4) and ATL Andruw Jones (4).

SEASON IN REVIEW—The Rays clinched a postseason berth on Sep 22, won the AL East on Sep 25 and secured the No. 1 seed on Sep 29…the Rays clinched the best record in the AL for the third time (2020, 2010) and became the first AL club to do so in back-to-back seasons since the 2011-12 Yankees…the Rays ended the regular season with sole possession of the AL’s best record for 61 straight days from Aug 6 through season’s end.

The Rays used 61 players and 38 pitchers (excluding position players), both of which shattered single-season club records…their  previous highs were 57 players used and 31 pitchers, both in 2019.

Excluding the 2020 season, the Rays joined the 2018 Dodgers and 2017 Astros as the only teams in MLB history to win their division without having a pitcher who qualified for the ERA leaderboard.

LEADING OFF: Last night, the Red Sox became the 1st team in MLB history to lead off each of the first 6 innings of a Postseason game with a hit (Schwarber HR, Martinez 1B, Arroyo 1B, Renfroe 1B, Hernández HR, Renfroe 1B) (source: Elias).