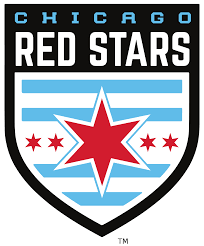 In the loss to Portland on Sunday, goalkeeper Alyssa Naeher made her 146th start and her 147th appearance. The 147 games played surpassed Nicole Barnhart for the outright lead in game played as a goalkeeper in NWSL history (including playoffs). Held scoreless the last two game, though, Chicago will look to forward Mallory Pugh, who had scored four goals in the three games prior. Overall, Pugh has an impressive 10 goals on the season, putting her in fifth place in the Golden Boot race behind San Diego’s Alex Morgan (15).

Angel City midfielder Savannah McCaskill scored the only goal for Angel City in their loss to Louisville on Sunday. The goal brought her total to seven on the season, one more than her combined number of regular season goals in her NWSL career (in 65 games) prior to 2022. McCaskill leads her side in goals now, with midfielder Cari Roccaro (four) and forward Claire Emslie the only other players to have scored three or more goals.

Match facts: The Chicago Red Stars and Angel City FC face off in a potentially pivotal Sunday evening matchup to end the regular season in dramatic fashion. Should North Carolina draw or lose on Friday, the match opens the door for either Chicago or Angel City to take the sixth and final playoff position depending on who wins on Sunday.

Unfortunately, the Red Stars enter after enduring their second two-game losing streak this season while scoring zero goals over those two games. The last time Chicago was scoreless in three straight losses in the league was from May to June 2019.

Chicago did fall to Angel City in Los Angeles in August, the only competitive meeting between the clubs thus far. Chicago’s only win against teams from the West Coast this season (D2 L4 in others) was at home, a 1-0 win over OL Reign in June.