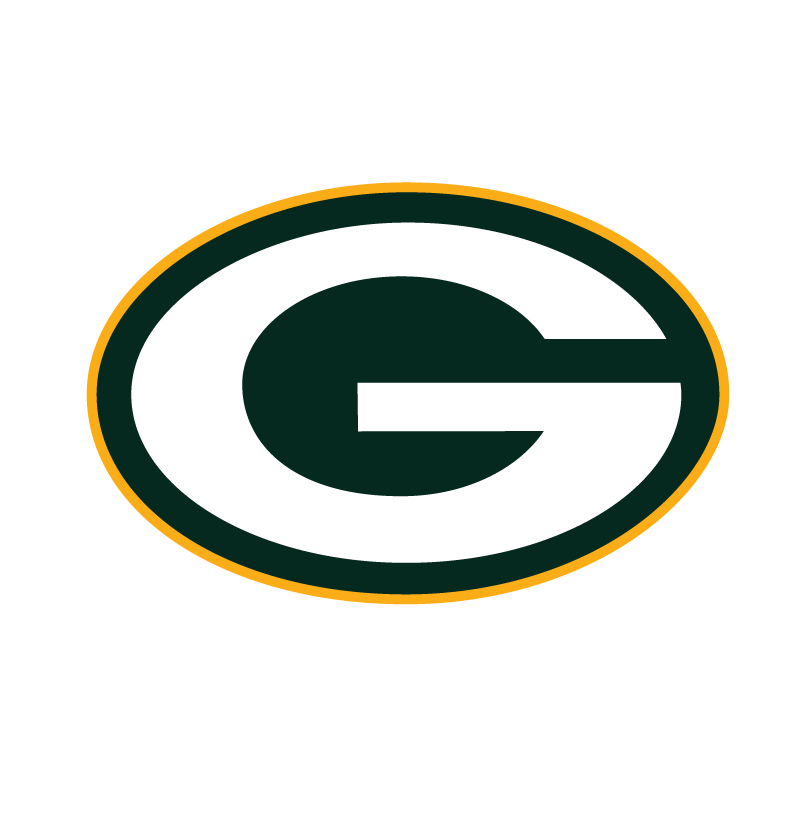 The Green Bay Packers return to Lambeau Field to take on the Detroit Lions on Monday Night Football. u This is the second MNF game vs. Detroit at Lambeau in the last three seasons and the third in the last five seasons (2017, 2019). Prior to the 2017 contest, the last MNF meeting was in 1972.

• Green Bay is opening its home schedule vs. Detroit for the second straight year (also Week 2 in 2020).

• This is the first time the Packers’ home opener has been on MNF since 2008 (Week 1 vs. Minnesota). u Green Bay scored 42 points in the meeting at Lambeau last season, the most it had scored at home against the Lions since posting 45 in 2011.

• This will be the 19th time the Packers have hosted the Lions in the month of September, and Green Bay has won each of the last five games as the home team in a September matchup.

• Green Bay has a 31-11 overall mark against Detroit since 2000, a .738 winning percentage that is tied for No. 1 among NFL teams (Minnesota Vikings) that have played the Lions more than 10 times over that span, according to Stathead.com.

• QB Aaron Rodgers has led Green Bay to nine wins in 11 starts at home against Detroit, throwing 21 touchdowns with just four interceptions and a passer rating of 106.9 in those games.

• Rodgers has registered a passer rating of 100-plus in seven of 11 home games versus the Lions.

• WR Davante Adams has seven receiving TDs in 10 games played against the Lions, including one in three of the last four games he played against Detroit.

• According to the Elias Sports Bureau, this is the first time that the Packers have had had three players appear in a game in the same season after entering the season having played at least one game in 14-plus seasons (QB Aaron Rodgers-17th year, TE Marcedes Lewis- 16th year and Crosby-15th year)

GREEN BAY UNDER THE LIGHTS
• The Packers went 6-0 in prime-time games during the 2020 regular season, the first time Green Bay has ever gone undefeated in a season that they played five-plus games in prime time (previous best was 4-2 in both 2016 and 2019).

• Among teams to play at least three prime-time games during the 2020 regular season, the Packers tied for the best winning percentage in the league (Sportradar):

• Green Bay led the league in points per prime-time game in 2020 (Sportradar):

• Among teams that played multiple prime-time games during the 2020 season, the Packers finished No. 1 in points-per-game differential:

• Adams tied for No. 2 in the NFL with five receiving TDs in prime-time games in 2020 even though he missed two of the six contests due to injury.

• Adams and Tonyan were two of four NFL players (Tyler Lockett and Stefon Diggs) to register three receiving TDs in a prime-time game during the 2020 regular season.

• Adams has recorded a TD reception in nine consecutive games on Sunday Night Football, the longest such streak in NFL history (via NFL).

• Green Bay has won seven of its last eight games on MNF.

• The Packers have won four straight MNF games (2018-20), tied for the second-longest streak in team history behind only a five-game winning streak from 2001-03.

• It is the eighth time in the last nine seasons the Packers have played at Lambeau Field on MNF.

• Green Bay has won eight of its last 10 home games on MNF.

• LB Za’Darius Smith has registered three-plus sacks in both of his last two games on MNF (2019 at Minnesota, 2020 vs. Atlanta). He is one of only two NFL players to register back-to-back games with three-plus sacks on MNF, joining Steelers LB Mike Merriweather (1984).

DIVISION DOMINANCE
• Green Bay started off the 2020 season with continued success in the NFC North, winning three of its first four games against division foes, including the franchise’s 100th all-time win against the Bears (including playoffs) in Week 12, and finished with a 5-1 record and a second consecutive NFC North title.

• The Packers were one of four teams to win five-plus division games last season (Buffalo and New Orleans, 6-0 / Tennessee, 5-1).

• The Packers scored 43 points at Minnesota in Week 1 and 42 points versus Detroit in Week 2 last season. It was only the third time Green Bay had scored 40-plus points in back-to-back divisional games (1984, 2014).

• Green Bay posted 40-plus points three times last season against an NFC North foe (41 vs. Chicago in Week 12). It was the first time in team history that the Packers have posted three 40-point games in a season against divisional opponents since the league went to a divisional format in 1967.

• Green Bay led the NFL during the 2020 regular season in points per game (35.7) in division games, scoring 30-plus points in five of six contests.

• The Packers scored the most points per game (35.7) in 2020 then they ever had against division opponents, dating back to 1967. Green Bay surpassed the 35.3 average it posted against the division in 2011.

• The Packers recorded the fewest giveaways against the division in 2020 (two) then they ever had in a single season, dating back to 1967.

• Head Coach Matt LaFleur has led the Packers to division titles in both of his first two seasons and is one of four NFL head coaches to debut in the Super Bowl
era to win his first eight divisional games with a team. All coaches listed below were in their first career head-coaching positions (via the Elias Sports Bureau):

• Green Bay’s eight-game divisional winning streak ended in Week 8 in 2020, but it tied the second longest for the franchise since the league went to a divisional format in 1967, trailing only the 12-game streak from 2010-12.

• Dating back to 1995, the Packers have the second-most division titles in the NFL:

• Rodgers’ 20 TD passes were the most against his own division in a season without throwing an interception in NFL history, besting the 18/0 ratio Rodgers threw for against the NFC North in 2014.

• Rodgers threw four-plus TD passes for the fifth time against the Bears in Week 12 and the sixth time in Week 17, the most in NFL history (Fran Tarkenton, four).

• Rodgers posted his seventh career game with a 130-plus rating against Chicago in Week 17, four more than any other NFL quarterback (John Brodie, three). u WR Davante Adams led the NFL las

• RB Aaron Jones’ nine rushing TDs against division opponents in 2019-20 ranked No. 4 in the NFL over that span.

• TE Robert Tonyan has posted a TD reception in each of his last three games vs. NFC North opponents. Tonyan had a career-high three TD catches last season
vs. Atlanta on Monday Night Football in Week 4.
u Dating back to 2019, the Packers have 33.0 sacks
against NFC North teams, the most among teams in the NFC North division over that time span (Minnesota, 24.0 / Chicago, 24.0 / Detroit, 17.0).

HOME SWEET HOME
Green Bay has a long tradition of playing well at Lambeau Field, and it continued in 2020, as it tied for the best home record in the NFL last season (7-1, .875).

• Green Bay has 240 victories at Lambeau Field during the regular season, the most home wins by any franchise at one stadium in NFL history.

• Green Bay has won eight straight home openers (2013-20), further extending the longest streak in team history. Since 2007, the Packers are 13-1 in their first game of the season at Lambeau Field.

• Green Bay ranked in the top five in the NFL in points scored and point differential at home last season:

• RB Aaron Jones has played in 26 home games in his career and has scored 25 touchdowns (22 rushing and three receiving).

• Jones ranks in the top five in the NFL in both rushing TDs and total TDs at home since 2017 (Sportradar):

THE DOPE ON THIS WEEK’S OPPONENT:

• In his 13th season in the NFL, having previously served as an offensive coordinator for two seasons (Los Angeles Rams, 2017; Tennessee Titans, 2018), a quarterbacks coach for six seasons (Washington Football Team, 2010-13; Atlanta Falcons, 2015-16), and an offensive assistant for two seasons (Houston Texans, 2008-09).

• In his first two seasons leading the Packers, has authored one of the greatest starts to a head-coaching career in NFL history. For the second consecutive sea- son in 2020, led Green Bay to a 13-3 record and captured the NFC North crown while also earning the No. 1 seed in the NFC for the first time since 2011. It was just
the second time in team history that the Packers had won 13-plus games in back-to-back seasons (13-3 in 1996 and 1997).

• Became just the second NFL head coach since the league went to a divisional format in 1967 to win 13-plus games and a division title in both of his first two seasons, joining Seifert (1989-90).

• In his first season leading the Packers in 2019, became the first coach in club history to lead the team to the playoffs in his debut season. Also led the largest one-year win improvement in team history (plus-seven wins).

DAN CAMPBELL…Is in his first year as the Lions’ 28th head coach.

• Is the fifth former Lions player to be named fulltime head coach for the team and the first since Joe Schmidt, who played for Detroit from 1953-65 and served as head coach from 1967-72.

• Brings 22 years of NFL experience to the Lions, including 11 years as a coach and 11 as a player. Most recently served as the assistant head coach/tight ends coach for the New Orleans Saints from 2016–2020.

• In 2015, became the Miami Dolphins’ interim head coach following organizational changes, where he took over a 1-3 team that had lost three consecutive contests and immediately helped the team win its first two games under his leadership. The Dolphins finished 5-7 under Campbell that season.

• A third-round selection by the Giants in the 1999 NFL Draft, the former tight end appeared in 114 total career games (76 starts) and caught 91 passes for 934 yards and 11 touchdowns.

THE PACKERS-LIONS SERIES
• The Week 17 victory in 2019 gave the Packers their 100th regular-season win against the Lions franchise. Green Bay’s now 102 regular-season victories against Detroit are the club’s most against any one opponent. u Green Bay won 29 of the first 38 matchups in the series before the Lions reeled off 11 straight wins over a sixyear span (1949-54).

• The teams have met twice in the postseason, with the first playoff matchup in the Wild Card round of the 1993 season. That game saw QB Brett Favre find WR Sterling Sharpe for a game-winning 40-yard score with less than a minute to go, marking the first playoff win for the Packers in more than 10 years.

• WR Davante Adams hauled in seven receptions for 115 yards and a TD. It was his sixth 100-yard performance of the 2020 season.