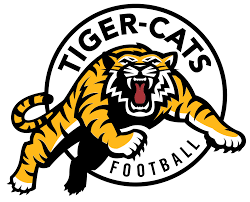 HAMILTON — The Hamilton Tiger-Cats punched their ticket to the playoffs with a 26-18 win over the BC Lions on Friday night at Tim Hortons Field.

The Ticats improved to 7-5 with their third consecutive victory, while the Lions have now lost six straight.

Hamilton playmaker Brandon Banks had his best game since Week 1 and reached the end zone for the first time since 2019. The reigning Most Outstanding Player finished with six catches for 75 yards.

Tabbies quarterback Jeremiah Masoli had another strong performance by completing 19-of-26 passes for 258 yards and a touchdown. The 33-year-old became just the fourth player in Ticats history to reach 15,000 career passing yards, and he hasn’t tossed an interception since Week 2.

BC pivot Michael Reilly completed 33-of-43 passes for 330 yards while nearly leading a late comeback.

Lions receiver Lucky Whitehead returned to the lineup after undergoing surgery for a broken hand, and he racked up a game-high 98 yards on nine grabs.

Rookie kicker Nick Vogel made both of his field goal attempts for BC, while Ticats kicker Taylor Bertolet finished with three field goals on four attempts.

Reilly extended the Lions’ opening drive with a QB sneak on third and short, and he moved the sticks again two plays later with a 14-yard strike to Whitehead.

Reilly continued to establish an early rhythm with Whitehead, and they connected for two more first down pickups to move the ball into Hamilton territory. But Hamilton’s defence held strong from there and forced the Lions to settle for a 19-yard field goal from Vogel — the first of his CFL career.

The Ticats tied the game with a 15-yard field goal by Bertolet following a 12-play, 77-yard opening drive that stalled inside BC’s five-yard line.

Banks had the biggest play of the drive with a 20-yard catch, and backup pivot Dane Evans kept the drive alive in BC territory with a five-yard run on third down.

The Ticats took a two-point lead in the second quarter after the Lions conceded a safety while backed up in their own end. Hamilton extended the lead later in the quarter when Bertolet nailed a 39-yard field goal.

Momentum remained on Hamilton’s side on the following drive when Desmond Lawrence intercepted an underthrown pass intended for Whitehead.

Bertolet missed a 53-yard field goal attempt later in the quarter, but Hamilton still managed to add more points before halftime when Banks scored his first touchdown in 719 days.

Masoli got the scoring drive going by throwing a 40-yard pass down the left sideline to Steven Dunbar Jr., and he capped off the possession with an accurate 32-yard touchdown strike to Banks in the right corner of the end zone.

Banks beat both Marcus Sayles and KiAnte Hardin to get open for the over-the-shoulder grab, and Bertolet kicked the extra point to give the Ticats a 15-3 lead entering the half.

Bertolet added a 20-yard field goal to extend Hamilton’s lead again early in the third quarter, but the Lions answered back on the ensuing drive with their first major of the game.

Reilly engineered an 11-play, 75-yard drive that saw him move the chains with a 17-yard run and complete six-of-seven passes. Running back James Butler finished the drive off with an eight-yard touchdown run, but Vogel’s extra point attempt went wide and left BC trailing by nine points.

Hamilton took a 19-9 lead near the end of the third quarter when a 61-yard punt by Joel Whitford was downed by the Lions in the end zone to concede a single. But BC responded once again, as Vogel bounced back with a 33-yard field goal that cut the lead down to just seven points with eleven minutes left in the fourth.

The Ticats refused to let momentum slip away, and their offence quickly answered back with a scoring drive that resulted in a four-yard touchdown run by Sean Thomas-Erlington. Fellow Hamilton running back Don Jackson set up the score one play earlier with a 31-yard run, and Bertolet added the extra point to give the Ticats a 26-12 lead.

Reilly led a late charge in the final two minutes that set up first and goal at Hamilton’s goal line. He finished the drive with a QB sneak touchdown, but Vogel’s extra point sailed wide once again. Reilly completed seven-of-eight passes on the drive.

The ensuing onside kick attempt went out of bounds after going off the hands of Ticats receiver Jaelon Acklin, but the Lions got another opportunity after their defence forced a punt with just over a minute remaining. Reilly’s final shot to the end zone intended for Dominique Rhymes was broken up by multiple Hamilton defenders.

Hamilton will kick off Week 15 on the road against the rival Toronto Argonauts next Friday at 7:30 p.m. ET, while BC will hit the field later that night to host the Calgary Stampeders at 10:30 p.m. ET.