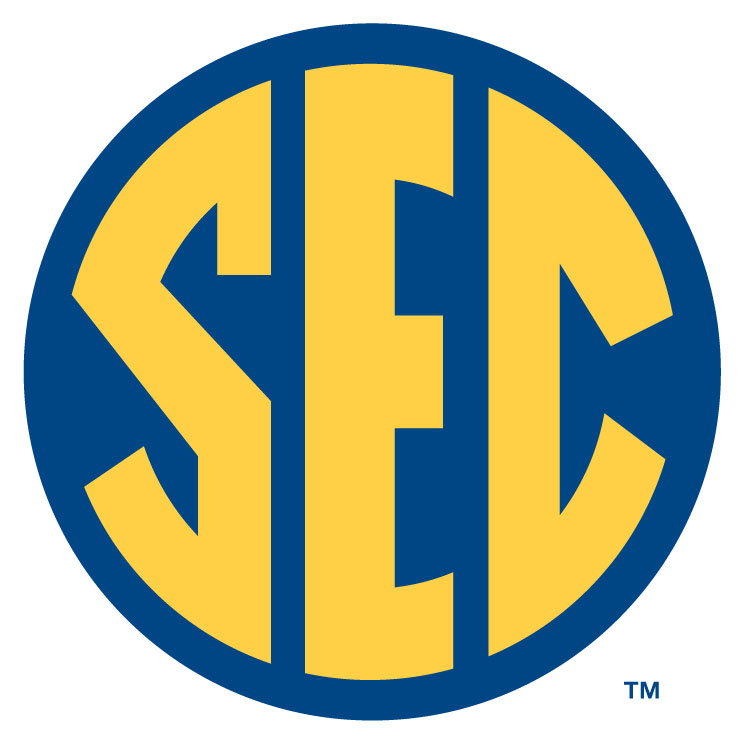 WEEK 8 IN THE SEC

OTHER OUTSTANDING PERFORMANCES LAST WEEK
BRYCE YOUNG, QB (Alabama)– The sophomore quarterback was devastating efficient in a 49-9 victory at Mississippi State…Threw for 348 yards and four touchdowns for a passer efficiency of 223.0…Completed 71.4 percent of his passes (20-28)..Gained 34 yards on the ground including two first downs rushing on runs of 13 and 12 yards…Was 7-of-7 passing on third down for 178 yards & three touchdowns …Converted 8 first downs for the game with six through the air & two rushing…It was his third game of the year with at least 4 passing touchdowns, giving him 24 passing scores on the season to lead the SEC.

BO NIX, QB (Auburn)– Threw for 292 yards and two touchdowns while rushing for 42 yards and a TD in the Tigers’ 38-23 win at No. 17 Arkansas…Led Auburn to its second consecutive come-from-behind SEC win on the road…In Auburn’s 24-point second half, Nix completed 9-of-12 passes for 151 yards and one touchdown while rushing for 37 yards and a TD…His 192.80 passing efficiency was his second-best of his career in an SEC game.

ZAKOBY MCCLAIN, LB (Auburn)– Game-high 15 tackles to help lead the Auburn defense in a 38-23 win at No. 17 Arkansas…Added 0.5 tackles for loss and two pass break ups…15 stops were the second-most tackles of his career and 10th career double-digit tackle effort…Had two third down stops and a third down PBU.

STETSON BENNETT, QB (Georgia)– Bennett went 14-for-20 for 250 yards passing and three touchdowns with no interceptions in Georgia’s 30-13 rout of #11 Kentucky…He also took off three times for 26 yards (7.3 yards/attempt)…Following a scoreless open period, Bennett connected with James Cook for a 19-yard touchdown pass on a 3rd-and-4 situation to give the Bulldogs a 7-0 edge…He highlighted his performance with a pair of touchdown strikes to freshman TE Brock Bowers.

BJ OJULARI, DE (LSU)– Had career-best 9 tackles, including two tackles for loss and sack, in LSU’s win over 20th-ranked Florida … Credited with a pass breakup and a QB hurry in the win … Sack went for an 8-yard loss in the second quarter and led to a Florida punt … His play helped hold Florida, the SEC’s leading rushing attack, to a season-low 138 yards on the ground.

MARK ROBINSON, LB (Ole Miss)– Turned in a career night and led a resilient Ole Miss defense that stood strong at Tennessee…Set career highs in total tackles (14), solo stops (12), tackles for loss (5) and sacks (2)…His 5.0 TFLs marked the most by a Rebel since Kendrick Clancy had 6.0 against Auburn in 1999….Helped limit the Volunteers to their lowest offensive output of the season and 17 points below their scoring average entering the game.

SAM WILLIAMS, DL (Ole Miss)– Led a resilient Ole Miss defense that stood strong at Tennessee…Helped limit the Volunteers to their lowest offensive output of the season and 17 points below their scoring average entering the game… Totaled seven tackles, 2.5 TFLs and 1.5 sacks…Helped the Rebels collect a season-high five sacks as a unit…Has collected at least one sack in all but one game this season.

JAHEIM BELL, TE (South Carolina)– Bell had the biggest game for a tight end in school history, catching six passes for 136 yards with a touchdown in the win over Vanderbilt. The 136 receiving yards for a tight end surpassed the previous mark of 134, set by Danny Smith in 1985. His score came from 82-yards out, tying for the 10th-longest reception in school history. A rare breed, Bell, a sophomore, also was the return man on kickoffs and had a 22-yard return in the contest.

ISAIAH SPILLER, RB (Texas A&M)–The junior from Spring, Texas, gained 168 net yards on 20 carries including a 48-yard touchdown run in the first quarter for Texas A&M. His fifth touchdown in the last six games. He also caught one pass for 10 yards.

DEMARVIN LEAL, DL (Texas A&M)–The junior from San Antonio continued to wreck the opposing offensive line of scrimmage. He was credited with six total tackles and had two tackles for losses of 10 yards and one of those was a quarterback sack for a loss of eight yards.

• The SEC finished 7-2 in the postseason in 2020 to lead the nation in bowl wins, with all seven wins coming against Top-25 competition – the most in history for the conference. In the four bowl games where an unranked SEC team played a Top-25 opponent, the SEC went 3-1.

• Since Florida in January 2009, five different teams from the SEC have played for the national championship. Four of those five have multiple appearances and at least one victory since 2007.

• Not counting games versus each other, the SEC is 10-3 all-time in College Football Playoff games, playing in six of the seven CFP Championship Games (winning four of those six). Since 2006, the SEC has posted a 27-14 (.659) record in BCS/CFP games, more wins, appearances and winning percentage than any other A5 conference.

• The SEC has now won 47 games in the last seven postseasons and has sent no less than eight teams to post-season bowls in each of the last 14 seasons.

• In the seven seasons of the College Football Playoff era, only six programs nationally have been ranked No. 1 in the weekly CFP Top-25 Poll (which begins in late October each year) – four of those six programs (Alabama, Georgia, LSU, Mississippi State) are from the SEC.

• Nine different SEC teams, including all seven from the SEC Western Division, have made BCS/New Year’s Six bowl game appearances since 2006: Alabama, Arkansas, Auburn, Florida, Georgia, LSU, Ole Miss, Mississippi State and Texas A&M. Since the formation of the College Football Playoff in 2014, six of the seven schools in the Western Division have advanced to a New Year’s Six bowl.

• With Georgia and Alabama both earning victories in the CFP Semifinals in 2017, the national championship game featured two SEC teams for the second time in the last nine seasons.