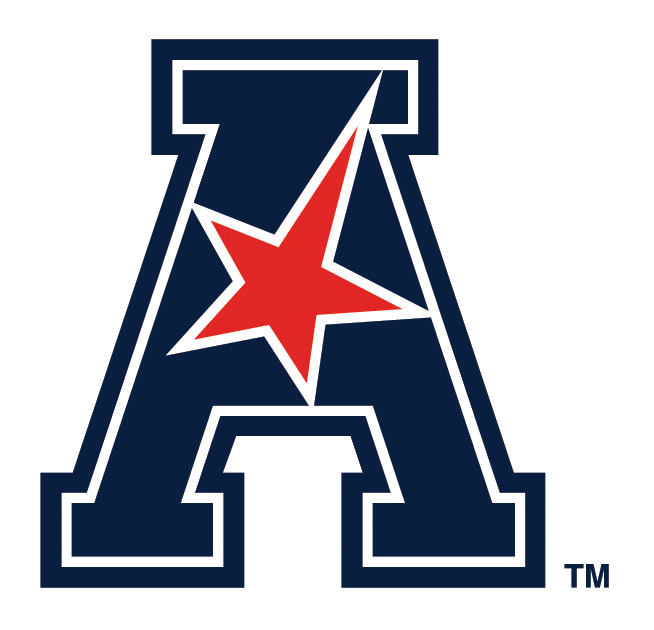 THE GAME
Friday’s game will be the 19th meeting between Cincinnati and South Florida in a series that dates to 2003 … The Bearcats hold an 11-7 series lead and have won the last three matchups after a 28-7 victory last year in Cincinnati … The Bulls’ last win came in the 2017 season, a 33-3 decision at Raymond James Stadium.

Notes
Cincinnati is one of the nation’s four unbeaten teams (along with UTSA, Georgia and Oklahoma) after the Bearcats scored a 28-20 win against Tulsa … Cincinnati is ranked No. 2 in the Associated Press poll for the fourth consecutive week … The Bearcats lead the nation in pass efficiency defense (92.4) and have allowed only five passing touchdowns … QB Desmond Ridder has thrown for 2,121 yards and 20 touchdowns against five interceptions and has four rushing TDs … RB Jerome Ford has 888 rushing yards and an American Athletic Conference-leading 15 touchdowns … Ford left the game against Tulsa with an injury … CB Ahmad Gardner and CB Coby Bryant were both named as semifinalists for the Jim Thorpe Award, while LB Darrian Beavers is a semifinalist for the Butkus Award.

Notes
South Florida scored a season-high 42 points, but the Bulls were unable to keep pace with No. 19 Houston in a 54-42 setback last Saturday … Friday’s game against Cincinnati will be the fourth for the Bulls against an opponent that is in this week’s top 25 (NC State, BYU, Houston) … Freshman QB Timmy McClain returned to the starting lineup against Houston after he missed the previous game against East Carolina … RB Jaren Mangham has 507 rushing yards and is second in the American Athletic Conference with 13 touchdown runs … WR Xavier Weaver is the top receiver with 32 receptions for 576 yards and two touchdowns … RB Brian Battie has scored three touchdowns on kickoff returns, including a pair of 100-yard returns in last week’s game against Houston … Battie averages 36.3 yards per return.

THE GAME
Saturday’s game will be the 10th meeting between UCF and SMU … The Knights have won eight of the first nine meetings, including each of the last five … SMU’s lone win was a 38-17 victory in 2011 … The schools met in the 2010 Conference USA Championship Game, when UCF took a 17-7 win.

Notes
UCF has won three straight games following a 14-10 decision against Tulane last week … After allowing a season-high 56 points in a loss to Cincinnati Oct. 16, the
Knights have allowed a combined 24 points during their current three-game winning streak … QB Mikey Keene has started the last six games after QB Dillon Gabriel was
sidelined indefinitely with an upper body injury … Keene has completed 104 of 160 passes for 1,089 yards and 12 touchdowns against six interceptions … RB Isaiah Bowser has rushed for 548 yards and seven touchdowns … WR Ryan O’Keefe is the top receiver with 58 catches for 582 yards and four touchdowns, while WR Brandon Johnson has a team-high nine TDs among his 29 receptions … DE Big Kat Bryant has 4.5 sacks and 9.0 tackles for loss.

Notes
SMU had won its first seven games, but the Mustangs look to snap a two-game slide following losses at Houston (44-37) and Memphis (28-25) … The Mustangs have averaged 40.1 points and 484.0 yards, leading The American in both categories… QB Tanner Mordecai has been named as a semifinalist for the Maxwell Award as the nation’s top player … Mordecai has completed 230 of 328 passes (70.1%) for 2,887 yards and 34 touchdowns … Mordecai needs four TD passes to tie The American’s single-season record of 38, set in 2017 by Memphis’ Riley Ferguson … RB Tre Siggers leads the squad with 570 rushing yards and five touchdowns … WR Danny Gray has 47 receptions for 780 yards and nine touchdowns, while WR Rashee Rice has 45 catches for 526 yards and seven TDs.

THE GAME
Saturday’s game will be the 24th meeting between East Carolina and Memphis … The Pirates hold a 15-8 series lead and had won seven straight in the series until the
Tigers scored back-to-back wins in 2017 and 2018 … Memphis was a 59-41 winner in Greenville in the last meeting behind two late touchdowns from RB Darrell Henderson.

Notes
East Carolina looks for its third straight win after the Pirates cruised to a 45-3 victory against Temple last Saturday … The Pirates have gone 4-1 at home and are 1-3 on the road this season … A win in its final three games would make East Carolina bowl eligible for the first time since the 2014 season … RB Keaton Mitchell leads The American in rushing at 100.2 yards per game … Mitchell has rushed for 902 yards and seven touchdowns on 122 carries (7.4 yards per attempt) … QB Holton Ahlers has passed for 2,180 yards and 14 touchdowns … The leading receiver is WR Tyler Snead, who has 43 catches for 514 yards and two TDs … CB Ja’Quan McMillian is a Jim Thorpe Award semifinalist with 15 pass breakups and four interceptions, leading the nation with 19 passes defended.

Notes
Memphis picked up its best win of the season last Saturday as the Mustangs topped No. 23 SMU 28-25 at Liberty Bowl Memorial Stadium … The Tigers opened the season
with three straight wins, but have dropped four of their last six … The win against SMU was Memphis’ first against a nationally ranked opponent since a 29-24 win against No. 21 Cincinnati in the 2019 American Championship Game … QB Seth Henigan has thrown for 2,545 yards and 18 touchdowns … RB Brandon Thomas has rushed for 661 yards and eight touchdowns on 112 carries … The leading receiver is WR Calvin Austin III, who has 65 receptions for 989 yards and eight touchdowns … LB JJ Russell leads The American with 92 tackles and 10.2 tackles per game, while S Quindell Johnson has 80 tackles, five pass breakups, an interception and a fumble recovery

THE GAME
Saturday’s game will be the eighth meeting between Houston and Temple in a series that dates to 1987 … Houston had won the first six meetings, but Temple claimed the most recent matchup with a 59-49 win in Houston in 2018 … The schools met in the 2015 American Championship Game, when the Cougars were 24-13 winners.

Notes
Houston has an eight-game winning streak for the first time since the 2016 season after a 54-42 win at South Florida last Saturday … The Cougars need one win in their final two conference games (at Temple, vs. Memphis) to clinch a spot in the American Athletic Conference Championship Game … Houston has limited its opponents to 22.2 points and 298.6 yards per game … QB Clayton Tune has thrown for 2,224 yards and 19 touchdowns and has completed 182 of 257 passes (70.8%) … RB Alton Mc –
Caskill has rushed for 603 yards and 12 touchdowns in his freshman season … WR Nathaniel Dell has 56 receptions for 839 yards and eight touchdowns … CB Marcus Joneshas four special teams touchdowns (two punt returns, two kickoff returns).

Notes
Temple looks to snap a four-game slide after the Owls fell 45-3 at East Carolina last Saturday … The Owls had won three out of four games prior to the current four-game losing streak … Temple is 2-2 at Lincoln Financial Field and 1-3 on the road this season … QB D’Wan Mathis has thrown for 1,225 yards and six touchdowns against four interceptions, but Mathis left the game against East Carolina with an injury … QB Justin Lynch has thrown for 512 yards and three touchdowns in limited action … RB Edward Saydee, with a team-high 252 rushing yards, leads a group of five players with at least 100 yards … The defense is led by S Amir Tyler, who has a team-high 53 tackles … LB William Kwenku leads the squad with 6.5 tackles for loss and 3.0 sacks.

THE GAME
Saturday’s game will be the 18th meeting between Tulsa and Tulane … The Golden Hurricane holds a 12-5 series lead after last year’s 30-24 win in Tulsa as LB Zaven Collins returned an interception 96 yards for a touchdown in the second overtime period … QB Davis Brin came off the bench to throw for 266 yards and two TDs in the win.

Notes
Tulsa has dropped back-to-back games by a combined five points after the Golden Hurricane fell 28-20 at No. 2 Cincinnati … Tulsa has faced four opponents ranked
in this week’s top 25 in its first nine games (Oklahoma State, Ohio State, Houston, Cincinnati) … QB Davis Brin has thrown for 2,255 yards and 12 touchdowns against
11 interceptions … RB Shamari Brooks has a team-leading 720 rushing yards with five touchdowns … RB Anthony Watkins has 463 yards and three touchdowns, while Deneric Prince has 406 rushing yards and three TDs… WR Josh Johnson has a team-high 52 catches for 665 yards and three touchdowns … WR Sam Crawford Jr. has a teamhigh four TD receptions … LB Tyon Davis has a team-high 59 tackles, while DE Cullen Wick, who has missed the last three games, leads the squad with 7.5 tackles for loss.

Notes
After opening the season with a strong showing against then-No. 2 Oklahoma (a 40-35 loss) and a 69-20 win against Morgan State, Tulane is mired in a seven-game slide following a 14-10 setback at UCF … Tulane’s schedule has included four games against teams that are ranked in this week’s top 25 … QB Michael Pratt returned to the lineup against UCF after he missed the previous game against Cincinnati while in concussion protocols… Pratt has thrown for 1,745 yards and 16 touchdowns against five interceptions … TE Tyrick James has been the top receiver with 27 catches for 380 yards and three touchdowns … RB Cameron Carroll has a team-high 476 rushing yards with \two touchdowns, while RB Tyjae Spears has 384 rushing yards with five TDs.