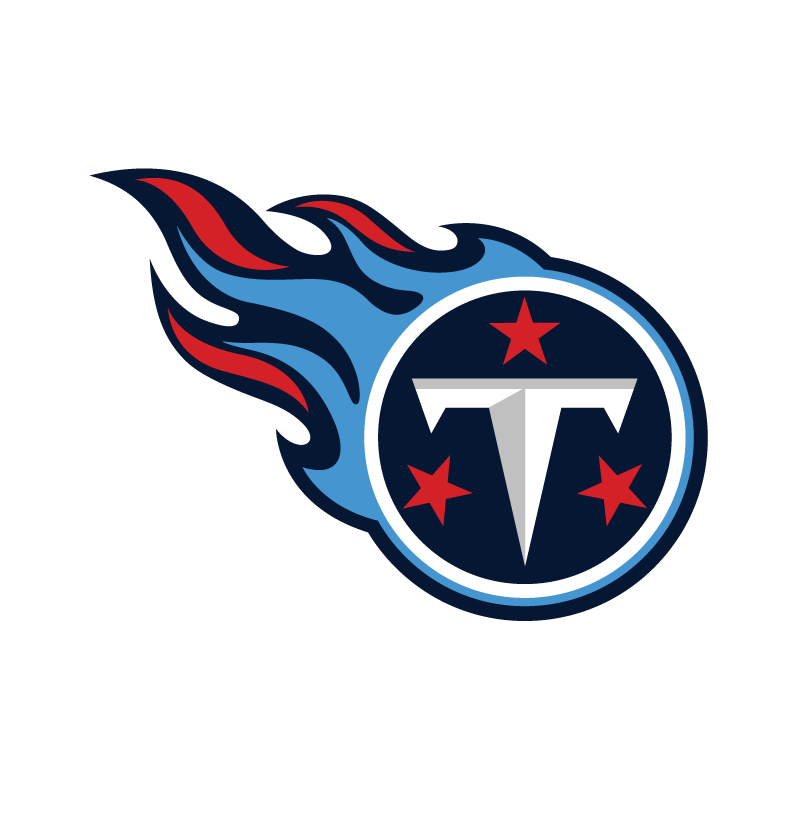 TITANS TRAVEL TO FACE THE JETS IN WEEK 4

NASHVILLE — The Tennessee Titans (2-1) look for their third consecutive victory this week as they travel to face the New York Jets (0-3). Kickoff at MetLife Stadium (capacity 82,500) is scheduled for 1 p.m. EDT/noon CDT on Sunday, Oct. 3. The Titans have only played one previous game against the Jets at MetLife Stadium, which opened in 2010. The Jets won that game in Week 14 of 2015, but the Titans took the most recent meeting at Nissan Stadium in Week 13 of the 2018 campaign.THE BROADCAST
Sunday’s contest will be regionally televised on CBS, including Nashville affiliate WTVF NewsChannel 5. The broadcast team includes play-by-play announcer Greg Gumbel, analyst Adam Archuleta and reporter AJ Ross. Fans in the Nashville television market can livestream the broadcast on their mobile devices from the Titans Mobile App (iOS and Android), as well as on desktop computers and mobile web at TennesseeTitans.com. Restrictions apply. For more information on streaming options visit TennesseeTitans.com or
NFL.com/ways-to-watch.

The Titans Radio Network and Nashville flagship 104.5 The Zone will carry the game across the Mid-South with the “Voice of the Titans” Mike Keith, analyst Dave McGinnis, sideline reporter Amie Wells and gameday host Rhett Bryan.

TITANS BUILDING MOMENTUM
Last week the Titans were at Nissan Stadium to face the AFC South rival Indianapolis Colts. Ryan Tannehill completed three touchdown passes, and Derrick Henry rushed for 113 yards to lift the Titans to a 25-16 victory. Henry registered his second consecutive 100-yard rushing game and also contributed 31 receiving yards. In the past two games, he has 381 total yards (295 rushing, 86 receiving) on 72 scrimmage touches (63 rushing, nine receiving). The reigning two-time rushing champion leads the NFL again in 2021 (through Sept.
26) with 353 rushing yards and 458 scrimmage yards. Tannehill recorded his 24th career game with at least three touchdown passes and ninth such performance since taking over as the Titans starter in 2019. Against Indianapolis he connected for touchdowns with running back Jeremy McNichols and wide receivers Nick Westbrook-Ikhine and Chester Rogers. The Titans defense limited the Colts to 265 total yards and three third-down conversions on 12 attempts. The defensive effort kept Colts quarterback Carson Wentz to a 51.3 percent completion rate (19-of-37) and a 66.7 passer rating. Outside linebacker Ola Adeniyi led the Titans with a career-high 1.5 sacks.

THE JETS
The Jets launched a new era in 2021 with a first-year head coach and a rookie quarterback. Robert Saleh was named the team’s head coach after spending four seasons as the defensive coordinator with the San Francisco 49ers (2017-20). His previous NFL stops also included the Houston Texans (2005-10), Seattle Seahawks (2011-13) and Jacksonville Jaguars (2014-16). Quarterback Zach Wilson started each of the Jets’ first three games. The second-overall pick in the 2021 NFL Draft passed for 7,652 yards, 56 touchdowns and 15 interceptions at Brigham Young University. Three weeks into his first NFL season, he has passed for two touchdowns with seven interceptions. Last week the Jets traveled to Denver, where they suffered a 26-0 loss at the hands of the Broncos.

The Titans and Jets have met 45 total times in the regular season and postseason during the last 61 seasons. The Titans lead the series 25-19-1, including a win in the only playoff matchup.

The last time the Titans and Jets played was Dec. 2, 2018 at Nissan Stadium. The Titans trailed 16-0 in the first half and 22-13 in the fourth quarter before coming back to win 26-22. Marcus Mariota completed a go-ahead, 11-yard touchdown pass to wide receiver Corey Davis with 36 seconds remaining in the fourth quarter.

The Titans have only appeared once against the Jets at MetLife Stadium, which opened in 2010. Played on Dec. 13, 2015, the Jets won convincingly, 30-8. Jets quarterback Ryan Fitzpatrick completed three touchdown passes, and the Jets defense produced five sacks in the contest.

The Jets, like the then-Houston Oilers, were charter members of the American Football League. From the league’s founding in 1960 through the 1962 season, they played as the New York Titans before being renamed the Jets for the 1963 season. With the exception of 1967, the Jets and Oilers played twice each season from 1960-69, and the Oilers won the first six meetings in the series.

In 1991, the Oilers began a string of six consecutive victories against the Jets, including a 17-10 victory in a 1991 AFC Wild Card Game. In that contest, Warren Moon completed a pair of touchdown passes to Ernest Givins and the Oilers defense stopped the Jets inside Houston’s five-yard line twice in the second half to preserve the victory.

A TITANS VICTORY WOULD …
Give the Titans a three-game winning streak.
Mark the 10th time since 1999 and the third time in four seasons since Mike Vrabel became head coach in 2018 that the Titans began the season 3-1 or better.
Give the Titans a 13-5 record on the road since the beginning of the 2019 season.
Improve Mike Vrabel’s career record to 34-22 as a head coach, including playoffs.
Improve QB Ryan Tannehill’s combined starting record in the regular season and playoffs to 65-57, including a 23-11 record with the Titans

2014 Week 15 • Dec. 14, 2014 • JETS 16 at Titans 11
Chris Ivory scores the game-winning, one-yard rushing touchdown with 3:09 remaining in the fourth quarter … Titans starting quarterback Jake Locker leaves the game with a shoulder injury in the second quarter and is replaced by Charlie Whitehurst … Scoring by the Titans is limited to three Ryan Succop field goals and a safety … Jets quarterback Geno Smith engineers two long scoring drives and completes a nine-yard touchdown pass to John Conner on fourth-and-one.

2015 Week 14 • Dec. 13, 2015 • Titans 8 at JETS 30
The Jets tally 27 unanswered points in the first half, scoring on five of their first six drives … Ryan Fitzpatrick passes for 263 yards and three touchdowns for the Jets, while Chris Ivory (101 yards) leads New York’s rushing efforts … Brandon Marshall records 125 receiving yards, including a 69-yard score … Marcus Mariota scores Tennessee’s only touchdown on a 41-yard pass from running back Antonio Andrews … The Jets defense notches five sacks, while the offense records 439 yards and possesses the ball for 35:56.

2018 Week 13 • Dec. 2, 2018 • Jets 22 at TITANS 26
The Titans come back after trailing 16-0 in the first half and 22-13 in the fourth quarter … Marcus Mariota delivers a game-winning, 11-yard touchdown pass to Corey Davis with 36 seconds remaining … The Jets are helped by five field goals from Jason Myers, an interception returned for a touchdown by cornerback Trumaine Johnson, a blocked punt and a blocked extra point … Mariota passes for 282 yards, including 104 yards to Taywan Taylor.