SEATTLE, WASH. – Seattle Sounders FC (9-3-5, 32 points) lost to the San Jose Earthquakes (4-7-5, 17 points) by a final score of 1-0 on Saturday afternoon in front of 32,704 at Lumen Field. The loss halts Seattle’s 14-match unbeaten run (8-0-6) against the Quakes, and also marks the first time the club has been defeated in back-to-back home contests since July 21 and August 4 of 2019. Today’s result is the Rave Green’s third overall loss of 2021, and the club remains atop the MLS Western Conference by two points. Second-place Sporting Kanas City has two matches in-hand over Seattle.

The match’s lone goal came in first-half stoppage time, as Cristian Espinoza found the back of the net when he received a ball from Florian Jungwirth, unlocked the Seattle defense and slotted the ball past the outstretched hands of Stefan Cleveland.

Seattle has little opportunity for respite, as the Rave Green prepare to play in just four days’ time against FC Dallas. On Wednesday, August 4 the Hoops make their first visit to Lumen Field since December 1 of 2020, when Seattle defeated FC Dallas 1-0 in the MLS Cup Playoffs. Kickoff is slated for 7:00 p.m. PT (JOEtv, Prime Video, 950 KJR AM, El Rey 1360 AM).

PHOTOS – IMAGES FOR MEDIA USE

Following today’s loss, Seattle drops its second-consecutive match for the first time since the summer of 2019. The Rave Green last lost two straight on July 21 and August 4 of 2019. Prior to today’s match, Sounders FC lost 3-1 to Sporting Kansas City on July 25.

Seattle’s unbeaten run against the Quakes is halted at 14 matches. Prior to Saturday, Seattle posted a record of (8-0-6) during that period, equaling the 14-match unbeaten run the Rave Green once held against Chivas USA (10-0-4). That previous streak against the Quakes was tied for fourth-longest against a single opponent in MLS history.

Despite the loss, Seattle maintains a two-point lead on Sporting Kansas City atop the MLS Western Conference. Sounders FC has played 17 matches in 2021, while Sporting has two games in-hand after playing 15 matches thus far.

Today’s match marked the first Sounders FC contest for wingback Alex Roldan since the Salvadoran international made his return from the 2021 Concacaf Gold Cup. Roldan last featured for the Rave Green on July 7 in a 2-0 win over Houston. The 25-year-old made his international debut for El Salvador this summer, appearing in all four of his nation’s matches, scoring one goal.

After making his first career MLS start on July 22 at Austin FC, Sounders FC Academy product Reed Baker-Whiting got his second start on Saturday afternoon at Lumen Field, his first in front of his home fans. Earlier this month in Texas, the Seattle native became the sixth-youngest player in MLS history to start a league match.

In addition to Baker-Whiting, three other Sounders FC Academy products featured in today’s match. Josh Atencio started alongside Baker-Whiting in midfield, while Danny Levya made a substitute appearance in the 70th minute of play, as did Alex Villanueva in the 83rd minute.

For Alex Villanueva, Saturday’s match marked the second First Team appearance for the Tacoma Defiance fullback. Both he and fellow Homegrown Player Obed Vargas were on the bench today, available via Short-Term Agreements due to extreme hardship caused by injuries and international absences.

Will Bruin made his return from injury on Saturday afternoon, coming on as substitute for Kelyn Rowe in the 83rd minute. Bruin last played for Sounders FC on June 26, starting in a 2-2 draw against Vancouver at Lumen Field. The 11-season MLS veteran has made 11 appearances in 2021 (nine starts). 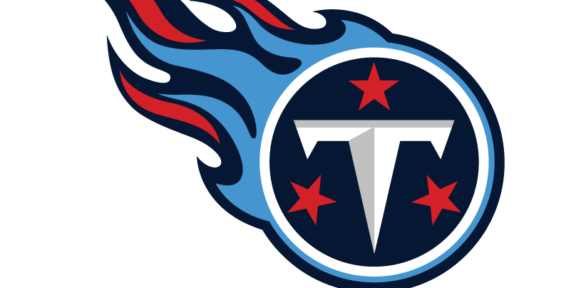