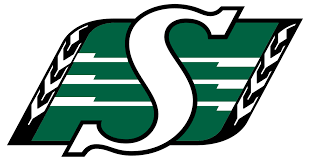 REGINA — The Edmonton Elks will be crossing provincial borders as they travel east to Mosaic Stadium to take on the Saskatchewan Roughriders for the second time in as many weeks on Saturday afternoon.

Saskatchewan held off a 14-point fourth quarter surge from the Elks to take a 19-17 victory at Commonwealth Stadium last week. With that win over Edmonton, the Green and White picked up the 600th win in team history, dating back to the 1936 foundation of the Western Interprovincial Football Union.

Entering Week 15, the Riders will certainty have a more friendly environment as they will be back playing on their home turf for the first time in 34 days. Saskatchewan hasn’t played a home game since October 9, marking the longest stretch away from home for the Riders since 2005.

A win for the Riders this week clinches the second spot in the West and the team will host the Western Semi-Final on November 28.

In their previous meeting with the Elks, the Riders were able to post 339 yards of total offence, most of which came from the arm of Cody Fajardo. The Saskatchewan pivot tallied 241 passing yards, finding second year wideout Brayden Lenius for the lone passing touchdown.

While Lenius caught the score, it was Shaq Evans who was the feature wide receiver for the Green and White. Evans has been sidelined for the better half of the season after suffering an injury in Week 2.

In last week’s contest Evans was the most targeted receiver for the Riders, fielding six of his 12 targets, turning 51 yards. Since making his return to the lineup in Week 12, Evans has seen 24 total targets and has seen a steady increase of workload each week.

The veteran wideout has been one of the league’s most dangerous receivers since making his debut in 2018. Evans has proven to be the focal point of the Riders passing attack and for good reason. In 2019 Evans caught 72 targets for 1,334 receiving yards and five touchdowns.

The return of Evans and the steady increase in weekly target share should provide optimism for the Riders passing attack as they close in on the start of the playoffs.

On the opposing sideline, the skillset and calm demeanor of Elks quarterback Taylor Cornelius were on full display in Week 14 against the Riders.

Cornelius entered last week’s matchup without the team’s three most productive offensive weapons, James Wilder Jr., Derel Walker, and Greg Ellingson. Despite not having three of his best playmakers, the young Edmonton signal caller still put together an impressive game and nearly stole a win from the division rivals.

In Week 14, Cornelius completed 21 of his 35 passing attempts, throwing 322 yards and two passing touchdowns, both of which came late in the fourth quarter to give Edmonton a chance to win the game.

However, through his last three games the Elks quarterback has been able to significantly improve. Cornelius has since completed 57 of his passes for 760 yards and three touchdowns and has not thrown an interception in 97 consecutive passing attempts.

What has been most impressive about Cornelius through this season has been his resiliency and his ability to battle through adversity, especially when considering the field position he has had to work with this season. For Edmonton, their last 49 offensive drives have begun with field positioning in their own end and on average have started drives from their own 29-yard line, the worst starting field position in the CFL.

The rookie quarterback has had the most field to work with in order to engineer a positive drive and for the most part has shown that he is able to lead the offensive into scoring positions.

Cornelius will be once again without Ellingson, Walker and Wilder Jr. as he and the Elks look to defeat the Saskatchewan Roughriders.

Kickoff is slated for 4:00 p.m. ET and can be watched on TSN, RDS and ESPN+ or followed along on CFL.ca’s Game Tracker.

Previous articleCFL Preview: McGuire starts under center as Bombers visit Alouettes
Next articleSyracuse at Louisville Preview & Prediction Against the Spread