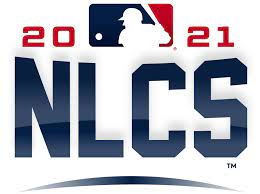 TODAY’S GAME: The Braves and Dodgers continue their best-of-seven National League Championship Series tonight after Atlanta took a 3-1 series lead with a 9-2 victory in Game 4 yesterday… The 2020 NLCS marks the fourth postseason series between the two clubs. • The Braves won two-of-three games at Truist Park against Los Angeles this season before getting swept in a three-game set here at Dodger  Stadium… Atlanta lost the season series with the Dodgers for the fifth consecutive season, and since 2014, they are 21-39 (.350) in the regular season and playoffs against Los Angeles. • The Braves stopped a 10-game losing streak in Los Angeles that dated to June 10, 2018 with last night’s 9-2 victory…The Braves were outscored 57-22 over the 10 games. • The Braves are looking to win consecutive games in Los Angeles tonight for the first time since July 20-21, 2017…Those two games are the only back-to-back wins the Braves have here in Dodger Stadium over the last eight years…In those eight years, the Braves are 5-21 (.192) here. • The 12-3 win on July 21 was the last time the Braves scored at least nine runs here…Over the 14 games since that outburst, the Braves averaged 2.57 runs per game here. • The Braves and Dodgers have met four times in postseason play, including last season in the NLCS…The prior three matchups before last season came in the Division Series…Atlanta swept Los Angeles in the 1996 NLDS, before Los Angeles won each of the last three series…The Dodgers took the 2013 and 2018 NLDS, three-games-to-one, before winning the pennant in seven games
over the Braves last season. • LHP Max Fried is 1-0 with a 1.50 ERA in two postseason starts so far… Overall, the 27-year-old is 1-1 with a 3.21 ERA (15 ER/42.0 IP) in 14 games, six starts, during the postseason…Fried was born in Santa Monica, Calif.,and attended
Harvard-Westlake Upper School, located 14 miles from Dodger Stadium, for his final year of high school…He is 0-1 with a 3.00 ERA (7 ER/21.0 IP) in seven career games, three starts, against the Dodgers in the postseason. • RHP Joe Kelly is set to make the fifth start and 40th appearance of his postseason career tonight… The 6-foot-1, 190-pound native of Anaheim, CA, did not start a game in the regular season, and has not made a postseason start since doing so four times for the Cardinals in 2013…Kelly has faced Atlanta 11 times in his career, including three starts, and is 1-0 with a 1.78 ERA (5 ER/25.1 IP)…In five career postseason appearances against
the Braves, all since last season, he has pitched 3.2 scoreless innings and struck out four.

GAME 4 WIN: The Braves won Game 4 last night to move within one game of the NL pennant…Since the first World Series in 1903, the Braves have played for the title nine times previous and last in 1999. • Since the Braves last played in the World Series, 10 of the  current 15 National League teams have won the pennant, including all four of the club’s NL East rivals…The only other NL teams not to make the World Series since 2000 are Cincinnati, Pittsburgh, San Diego and Milwaukee. 3-1 LEAD: The Braves have a 3-1 lead for the second consecutive NLCS…They dropped all three clinch games last season to lose to the Dodgers in seven games, and become the 14th team in history to blow a 3-1 lead in a best-of-seven series. • Teams have won 75 of 89 (84%) series when they take a 3-1 lead in a best-of-seven. • Prior to last season, the Braves blew one other 3-1 lead…They lost the 1958 World Series to the New York Yankees after going up 3-1. • This is the sixth time the Braves have had a 3-1 series lead in a best-of-seven…The other three times were the 1992 NLCS, the 1995 World Series and the 1999 NLCS. • They won the 1992 NLCS in seven games, the ’95 World Series in six games and the 1999 NLCS in six games.

CLINCH GAMES: The Braves enter tonight’s game looking to clinch the NL pennant…They closed out Milwaukee in the NLDS in their first clinch opportunity to snap a three-game losing streak in such chances. • The Braves went 2-3 in clinch games last season, and over their last 13 clinching opportunities the club is 3-10 (.231)…Overall, the Braves are 17-22 (.436) in these games in franchise history. • Tonight’s starter Max Fried as pitched in two potential clinch games in his postseason career, starting Game 6 of the 2020 NLCS vs. Los Angeles and pitching in relief in Game 5 of the 2019 NLDS vs. St. Louis…Atlanta lost both games. • In his lone start in a clinch game, Fried pitched 6.2 innings and allowed eight hits and three runs to take the loss…Los Angeles beat Atlanta, 3-1, to force a
deciding Game 7.

ON THE ROAD: Tonight’s game wraps up all three games here in Los Angeles…The Braves and Dodgers have split the first two. • The Braves went 46-35 (.568) away from Truist Park this season, tied for the fifth-best road record in the majors. • Since 2018 and the start of this four-season playoff run for Atlanta, the Braves are the second-best road team in the majors with a mark of 156-117 (.571)
in the regular season.

Tonight’s Game
• Set to make his seventh career start and 15th career appearance in the postseason… Made eight combined appearances out of the bullpen in 2018 & 2019, before making four starts last season….Also started Game 2 of the NLDS vs. Milwaukee, and Game 1 of this series in Atlanta.

• Has pitched in two potential clinch games in his postseason career, starting Game 6 of the 2020 NLCS vs. Los Angeles and pitching in relief in Game 5 of the 2019 NLDS vs. St. Louis…Atlanta lost both games.

• In his lone start in a clinch game, pitched 6.2 innings and allowed eight hits and three runs to take the loss…Struck out five…Los Angeles beat Atlanta, 3-1, to force a deciding Game 7.

• Was born in Santa Monica, Calif., and attended Harvard-Westlake Upper School, located 14 miles from Dodger Stadium, for his final year of high school.

• Was named NL Pitcher of the Month for September after going 3-0 with a 1.54 ERA (7 ER/41.0 IP) across six starts…It was the first monthy award of his career, and he was Atlanta’s first recipient since Kris Medlen in September of 2013.

• He fashioned a 17.0-inning scoreless streak during the month, the longest such run of his career, while Atlanta went 5-1 in his six starts.

• Ended the season with 12 consecutive quality starts, the longest such run in baseball this season…The Brewers’ Brandon Woodruff and the Dodgers’ Walker Buehler each had 10-game runs, the only other pitchers in the majors with a double-digit streak this season.

• His 38 wins over the past three seasons are most in the National League, and most by any left-hander in baseball.

• Only one pitcher, the Yankees’ Gerrit Cole, has more wins than Fried since the start of 2018…Cole has 43 wins.

2021 Postseason
• Started Game 2 of the NLDS vs. Milwaukee and pitched 6.0 shutout innings, allowing three hits with no walks and struck out nine.

• Became the first pitcher in franchise history to fan at least nine batters without a walk in a postseason game.

• Combined to allow 23 hits and 14 earned runs in just 11. 0 innings over his first three starts of the season, going 0-1…Fried was placed on the Injured List with a right hamstring strain on April 14 and missed the next 18 games.

• Pitched a pair of shutouts, first on August 20 at Baltimore, and again on September 24 at San Diego…The outings were the first two shutouts of his career.

• Fried became the first Atlanta starter with two shutouts in a single season since Shelby Miller pitched two in 2015, and the first Braves left-hander with two since Tom Glavine in 2000.

• Came off the bench and drove a 3-1 pitch into center field to plate the winning run, July 4, giving Atlanta its fifth walk-off win of the season and second of the homestand.

• Acquired by the Atlanta Braves along with INF, Jace Peterson, OF Dustin Peterson and OF Mallex Smith from the San Diego Padres in exchange for OF Justin Upton and RHP Aaron Northcraft on December 19, 2014.

RIGHT WHERE WE WANT THEM: The Dodgers lost Game 4 of the NLCS last night, putting them in the exact same situation they were about a year ago in Texas: Down 3-1 in the LCS to the NL East champion Atlanta Braves. Last year, the Boys in Blue trailed 0-2 and then 1-3, before roaring back to win three consecutive games and the NL pennant vs. the Braves in Arlington, TX. Los Angeles is playing in its sixth NLCS in the last nine years and fifth in the last six seasons. The Dodgers and Braves have met four previous times in the Postseason: last year and three times in the NLDS (1996, 2013 and 2018). Last night, Dodger third baseman Justin Turner strained his left hamstring while running to first base and will miss the remainder of the NLCS. The Dodgers will replace Turner on the roster with Andy Burns. Burns, 30, appeared in 54 games for Oklahoma City, batting .232 (41-for-177) with 12 doubles, six homers and 24 RBI. He was called up to the Dodgers on June 12 and went 3-for-11 with a double and three walks in 15 games for Los Angeles. He was originally drafted by the Toronto Blue Jays in the 11th round of the 2011 First Year Player Draft out of the University of Arizona.Corey Seager ripped another two-run homer in the first inning of Game 3 and is now tied with Justin Turner for the most Postseason homers in Dodger history (13). Seager’s 16 career RBI in the LCS are a Dodger record. Dodger catcher Will Smith went 0-for-4 last night and is
hitting .278 (10-for-36) with a .979 OPS in 10 games this Postseason. His three Postseason homers this year are the most by a Dodger catcher in a single Postseason. Since 1969, when the LCS was introduced to MLB, the Dodgers have appeared 15 times, which is the most in the NL. The Dodgers and Braves (12) are two of seven franchises that have appeared in the LCS 10+ times.

LET’S MAKE IT TWO-IN-A-ROW: Since the best-of-7 LCS format was adopted in 1985, 37 teams have taken a 3-games-to-1 lead after winning Game 4 and 30 of them have advanced to the World Series. In the NLCS, 11 of the 16 teams who have led 3-1 after  inning Game 4 have advanced. Of course, last year was one of the exceptions with the Dodgers rallying to win three straight vs. Atlanta on the way to their seventh World Series title in franchise history.

ARMS AT THE READY: The Dodgers will attack the Braves offense in Game 5 with a “bullpen game,” something they were quite accustomed to in 2021. Los Angeles had a reliever make the start on 16 different occasions this year during the regular season and in those games, the club went 10-6. In the Postseason, Corey Knebel has made two starts and the Dodgers are 1-1 in those contests. Overall this Postseason, the Dodger bullpen is 4-2 with a 2.74 ERA (14 ER/46.0 IP) and a Major League best 0.91 WHIP. Their ERA trails only the Braves (2.60) and the Dodger relievers .530 opponent’ OPS in the best in the Majors. In the regular season, Dodger relievers posted a 3.16 ERA, finishing second in the Majors behind San Francisco (2.99). The Los Angeles bullpen held opponents to a .205 average (1st  MLB) and posted a 1.19 WHIP, third best in the Majors. Dodgers’ relievers led the Majors with 59 saves and
their 67.5 save percentage was third best in the Majors. Post All-Star Break, Dodger relievers led the Majors in saves (27), WHIP (1.10), Opp. Avg. (.190), Opp. SLG (.310), Opp. OPS (.594) and inherited runners strand rate (85%).