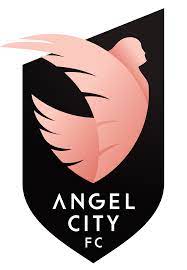 Angel City forward Simone Charley found the back of the net to help her side defeat Washington, 2-1, on Wednesday night. Charley entered the match at halftime and took just six minutes to score, making it just the second goal scored by a substitute this season for Angel City. This ties the club with Gotham FC for the fewest around the league. The goal was Charley’s second of the year as she her split time between the starting XI (nine times) and a substitute appearance (nine times) in her 18 appearances.

Louisville goalkeeper Katie Lund has played extremely well as of late and made an impressive nine saves in the team’s loss to the Thorns. This marked her fourth game this season with at least nine saves. All other NWSL goalkeepers combined this season have two such games (one each by Reign’s Phallon Tullis-Joyce and Kansas City’s Adrianna Franch). In the last four games, Louisville has allowed twelve goals (W1 L4) though, keeping a clean sheet just once in their 2-0 win over Orlando.

Match facts: Angel City FC’s chase for a playoff position continues on Sunday night as the club hosts Racing Louisville FC in the last of a six-game penultimate regular season weekend across the league. The hosts currently sit just one point outside a playoff position, with Chicago sitting sixth on 30 points and Angel City right behind them on 29 points.

Angel City scored a goal in each half to defeat Washington, 2-1, in their midweek clash. The club has lost just once when scoring at least one goal in a match this season (W7 D4) with only the Current being unbeaten when scoring this season. Now looking to build on momentum from their last time out, the hosts welcome Racing Louisville for what is potentially their expansion season home finale.

On the other side, Racing Louisville fell 3-0 to the Thorns in Portland on Wednesday, the 11th time this season Louisville has allowed multiple goals in a single match. Only Orlando has more games this season giving up at least two goals.

Angel City was victorious in the first game of their fixture against Racing Louisville, winning 3-2 after converting a penalty in the 93rd minute. That goal still stands as the latest game-winning goal in Angel City history to date (all competitions).