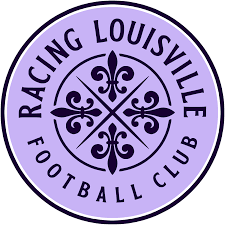 Racing Louisville midfielder Jaelin Howell had her first regular-season goal contribution with the assist on Louisville’s goal on Friday. Howell is now the fifth player with an assist for Racing this season, the fewest players on a team with an assist in 2022. Helping lead the team in goals thus far on the year, though, are forward Nadia Nadim and midfielder Savannah DeMelo, both of whom have tallied three times.

OL Reign attacker Tobin Heath scored the game-winning goal for her side against Angel City over the weekend with an 89th minute volley in just her second NWSL appearance since 2019. Her last NWSL goal, also a game winner, was on September 21, 2019, for the Portland Thorns against the Houston Dash.

Match facts: Racing Louisville FC takes on OL Reign in the second and final regular season matchup between the two sides this year, with the pair dueling to a 2-2 draw at Lumen Field in early May.

Louisville’s winless streak moved to eight games (D3 L5) with their 2-1 loss to Portland on Friday. Since the streak started on May 30, Louisville has conceded 15 goals, which is the most of any NWSL team in that span.

OL Reign, however, came back from two goals down at halftime to win, 3-2, against Angel City on Saturday. The last time the Reign trailed by two goals at halftime, against Gotham FC in August last year, the Reign came back to win the game 3-2, making them the first team to win two consecutive games in which they trailed by two at half in NWSL history.

Racing Louisville and OL Reign’s second meeting could see the Reign continue their unbeaten form in the fixture (W1 D2). Over their two NWSL seasons, Louisville has just one win against teams from the Pacific time zone (W1 D3 L5).