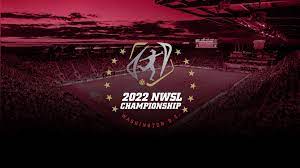 With her game-winning goal in Portland’s 2-1 win over the Wave in the semifinals, Crystal Dunn has now scored in four different NWSL playoff games, tied for most such games with Sam Mewis and Amy Rodriguez. Dunn is one of five NWSL players who has scored in two different NWSL Championship games, but would be the first to score in three. In addition, midfielder Rocky Rodriguez who preceded Dunn’s stoppage time winner with a goal of her own that was worthy of being a match-winner in last week’s win over San Diego. Up top, forward Sophia Smith has proven herself a menace for the opposition defense. Though Smith did not score in the semifinals, her 14 regular season goals were good enough for second on the league’s scoring charts and only three of those were from the penalty spot. Plus, in the 3-0 home win over Kansas City to start the year, not only was Smith on the scoresheet that day, but so were teammates Morgan Weaver and Christine Sinclair, both of whom would go on to contribute five total goals apiece throughout the year.

A stacked Current side is led in goal by netminder Adrianna Franch, who is expected to make her fourth career start in an NWSL Championship, while no other goalkeeper has more than two starts in the game. Franch lost to the Thorns in the 2013 NWSL Championship for Western New York before starting for Portland in the 2017 and 2018 Championship games. For the goals, though, Kansas City would look to a few different options as they go up against one of the best defenses in the league in Portland on Saturday night. Leading the way throughout the way was midfielder Lo’eau LaBonta, who scored seven goals during the regular season and added one more in the club’s 2-1 win over Houston in the First Round of the playoffs. Six of those goals, including the goal against Houston, were from the penalty spot. Elsewhere, forwards CeCe Kizer and Kristen Hamilton will be two to watch as Kizer netted seven regular season goals compared to Hamilton’s six, though it was Hamilton who scored the second and final goal for Kansas City in their win over the Reign last week.

Match facts: It’s all come down to this… Portland Thorns FC meets the Kansas City Current in the NWSL Championship on Saturday, October 29 at Audi Field, with the winner lifting the trophy in celebration. Portland enters Saturday’s matchup having beaten San Diego Wave FC, 2-1, in the semifinals, while the Current ride in after knocking off OL Reign, 2-0, on the road to advance to the club’s first-ever Championship appearance.

These two talented teams do have a history as well, however brief. Including last year’s Challenge Cup, Portland has won four of its six all-time meetings with Kansas City (D2 L0) with one of those draws coming earlier this year in Kansas City. The only other meeting between the pair this season came in both sides’ season opener, where Portland trounced the Current, 3-0, back in April.

Portland has averaged 2.23 goals per game during the regular season (49 goals in 22 games), which was the second-highest goals per game average for a season in NWSL history, trailing only the 2019 North Carolina Courage. Portland Head Coach Rhian Wilkinson mentioned her team’s willingness to “take half chances” last week with the Thorns putting up an all-time great attacking season.

Where stats were favorable for Portland throughout the year, the Current instead had to overcome a statistical anomaly of their own. After starting the regular season with four losses and a draw, Kansas City went on to suffer just two losses in the last 19 games (W12 D5, including playoffs). Because of that, the Current are now the first team to reach the NWSL Championship after collecting fewer than six points from the first five games of the season.

The Thorns will be making their fourth appearance in the NWSL Championship, the most of any team in league history. Portland is 2-1 all-time in the Championship, winning both of their appearances when the game was not held in Portland (2013 – @ Western New York; 2017 – vs. North Carolina in Orlando). Meanwhile, the Current fight for the trophy for the first time, though FC Kansas City won it all in both 2014 and 2015. Kansas City or Portland will then join Cary, North Carolina (2018 & 2019 NWSL and 2002 WUSA) as the only cities with three different championships in an American top-flight pro women’s soccer league.

Saturday’s game at Audi Field in the nation’s capital marks the first time the District of Columbia has held a professional women’s championship game. The game will be the sixth top-flight pro soccer championship held in D.C., though, with Audi Field joining RFK Stadium (1980 Soccer Bowl and MLS Cup in 1997, 2000 and 2007) and Brookland Stadium (second league of the 1970 NASL Championship).