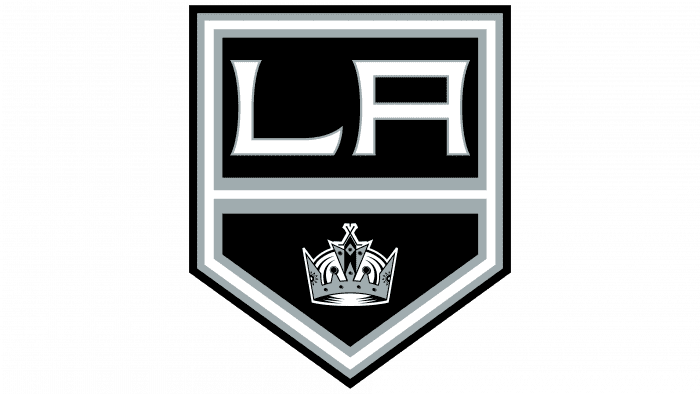 RECAP/NOTES: The Rangers grabbed a win over the Sharks on Saturday night, 2-1, after heading into the third period scoreless at 0-0. Julien Gauthier broke through in the third with his third goal of the season. On the assist was Jacob Trouba. It was Trouba’s 200th career assist and he became the third defenseman from the 2012 NHL Draft class to reach the feat (Morgan Rielly – 319, Shayne Gostisbehere – 202). Igor Shesterkin earned his ninth win of the season, allowing one or fewer goals for the fourth time this season.

IT’S WORTH A SHOT
The Rangers rank sixth in the NHL in shots (658) and fifth in shots per game (34.6). New York has registered 30 or more shots in five of its last six games and 40-plus shots six times this year. New York’s 11 occurrences of 35 shots or more or tied for the third most in the league while its six occasions with 40-plus shots ranks fourth in the league.

SPREADING IT OUT
Mika Zibanejad (21), Adam Fox (21) and Artemi Panarin (22) have 20-plus points on the season. The last time New York had three 20-point scorers prior to its 20th game in a season was in 2006-07 (Jaromir Jagr, Brendan Shanahan & Michael Nylander). The Blueshirts are one of four teams (NYR, DAL, TOR, EDM) with three players with 20 or more points this season.

PANARIN ONE ASSIST AWAY FROM 400
Artemi Panarin is one assist away from 400 in his career. In notching the feat, Panarin would be the third player in the NHL to record 400 or more assists since Panarin made his NHL debut in 2015-16 (McDavid – 474, Kane – 408). If Panarin records one assist tonight in his 528th game, he would require the 22nd fewest games of any NHL skater to reach the milestone and the fifth fewest of any active player (McDavid – 426 GP, Crosby – 448 GP, Malkin – 527 GP).

Panarin would become the 57th undrafted player in league history to collect 400 assists and of those undrafted players, he would notch 400 assists in the fifth fewest games. Of his 399 assists, Mika Zibanejad has the most goals from Panarin with 41 while Chris Kreider is tied for fourth with 32. Panarin has 10 points in his last 11 games (1G-9A) and 22 points (5G-17A) in 19 games. Panarin ranks tied for seventh in the league in assists. Since 2019-20, Panarin ranks tied for second in the NHL in assists and fifth in points. His 80 multi-point games are the
fifth most in the league since 2019-20.

MIKA’S MISSION
Mika Zibanejad leads the Rangers with 10 goals and has recorded points in 10 of his last 11 games (6G-7A). Zibanejad was the first Rangers player to reach 10 goals and 10 assists in a season in 18 games or fewer since Marian Gaborik in 2009-10 (12G-10A—22 PTS in 16 GP). When Zibanejad records a point this season, the Rangers are 9-2-2 and 5-0-0 when he notches multiple points. Seven of Zibanejad’s 10 goals have come on the power play, his seven PPGs rank tied for the most in the NHL (McDavid – 7). Since joining the Rangers in 2016-17, Zibanejad has 76 goals on the man advantage, the fifth most in the league in that span.

WARM-UPS
1) The LA Kings are 7-3 in their last 10 games against the Rangers at Crypto.com Arena dating back to Dec. 18, 2008.
2) Only the Florida Panthers (776) and New Jersey Devils (692) have put up more shots for than the Kings (682) this season.
3) Carl Grundstrom’s 55 hits are tied for fourth-most among Western Conference forwards.
4) Since the 2018-19 season, no defenseman has more power-play goals in the league than Drew Doughty (23).
5) LA and Seattle combined for two goals in the opening 53 seconds of the final frame Saturday night, the second-fastest two goals to start a period by both teams this season.

CALIFORNIA KID
Trevor Moore continued his week on the scoring sheet with four goals in last three games and eighth career shorthanded goal, all of which with LA. Since his first game as a member of the LA Kings on Feb. 8, 2020, Moore’s eight shorthanded goals leads all Kings skaters and sits atop the league among all skaters during that time:

STAT OF THE GAME
Forward Blake Lizotte scored his first career NHL game-winning goal last season against the Rangers on Jan. 10, 2022, guiding the Kings to a 3-1 victory over the New York. Lizotte enters tonight with four points in four career games against New York, tallying a point in each contest he’s played versus the Rangers. The Lindstrom, Minn. native has six points (5-1=6) in 21 games this season, and sits five goals shy of tying his career-high of 10 previously set in the 2021-22 season. Lizotte has registered 63 points (24-39=63) in 198 career NHL games, all with the Kings. With two more games played, Lizotte can become 45th active undrafted skater to appear in 200 games.

THE MICHIGAN MAN
Defenseman Matt Roy registered his ninth point (3-6=9) in his 21st game of the season last Saturday night in Seattle. In 227 career NHL games, Roy has collected 64 points (13-51=64) with a plus-38 rating, the third-highest among defensemen from the 2015 NHL Draft class:

RESPECT YOUR EDLERS
Veteran defenseman Alex Edler skates into tonight with two points (0-2=2) in as many games and five (0-5=5) in 18 games this season. Since joining the Kings, Edler has collected three goals, 21 assists and 24 points in 59 games with a plus-17 rating. In 984 career NHL games, Edler has amassed 433 points (102-331=433). With 16 more games, Edler can become the 12th active defenseman to skate in 1,000 career NHL games, the second defenseman from the 2004 NHL Draft class (Alex Goligoski, 1,002 GP), seventh overall skater from his draft class and 16th Swedish-born player in league history to reach such mark. With his secondary assist on Phillip Danault’s second period goal last Saturday in Seattle, Edler surpassed Niklas Kronwall (83-349=432 for the seventh-most points among Swedish-born defenseman in league history:

SACRIFICING THE BODY
The LA Kings haven’t been afraid to sacrifice the body as of late, including getting in front of shots. The Kings had a collective 29 blocked shots against the Oilers last Wednesday, marking just the third time in franchise history the Kings have blocked 29 or more shots in a game (31 blocks, Feb. 19, 2018 vs. CHI; 29 blocks, Dec. 22, 2018 vs. SJ). LA’s 326 blocked shots so far this season sit third in the league behind Vegas (392) and Philadelphia (345)

With 10 blocked shots in his last five games, including tying his single game career-high of five last Wednesday, no forward has recorded more blocked shots than Anze Kopitar, while Phillip Danault’s 21 is seventh among forwards:

KING ARTHUR
Arthur Kaliyev appeared in his 100th career NHL game Friday night in Vancouver, becoming the eighth member of the 2019 NHL Draft class to appear in 100 NHL games. Per NHL PR, among players to debut with the Kings in the past 20 years, only Anze Kopitar (32), Michael Cammalleri (29), Gabriel Vilardi (26) and Tyler Toffoli (24) have scored more goals through 100 contests. Kaliyev has found recent scoring success with his fifth and sixth goals of the season on Monday night against the Calgary Flames, including his team-leading fourth power-play goal, marking his second career multi-goal game and second consecutive multi-point game (0-2=2, Nov. 12 vs. DET; 2-0=2, Nov. 14 at CGY). With the first of his two goals Monday, Kaliyev eclipsed the 20-goal mark in his career.

Kaliyev, who is the only Uzbekistan-born skater to ever play in the NHL, has recorded 13 points (6-7=13) in 20 games this season, ranking fourth on the team. On top of his team-leading four power-play goals, Kaliyev has six power-play points in total, which also leads all Kings skaters. Kaliyev is two power-play goals shy of tying his career-best of six set last season through 80 games, which placed second among all rookies behind Anaheim’s Trevor Zegras (9). Since his NHL debut, no Kings skater has found the back of the net on the man-advantage more than Kaliyev:

Viktor Arvidsson assisted on all three of Moore’s goals last Wednesday night for his third career three-assist game to surpass the 300-
point plateau for his NHL career, one day after teammate Kevin Fiala accomplished such feat. Arvidsson became the ninth member of the 2014 NHL Draft class and 20th active Swede skater to reach such mark. Arvidsson officially hit 300 career points on his second assist of the night. At the time of hitting his milestone, Arvidsson sat at 150 goals and 150 assists. He is the 11th player in NHL history to record an even 150 goals and 150 assists at the 300-point mark and the first since Matt Moulson (Feb. 20, 2015).

MULTI-POINT MANIA
The LA Kings have had contributions on the scoring sheet from 21 different skaters. Of the 21, 14 of them have had multi-point games with the most courtesy of Gabriel Vilardi (5), Kevin Fiala (5). Since Nov. 1, eight different Kings skaters have found the score sheet more than once. The Kings have 37 multi-point performances from their players this season, tied for the fourth-most in the league: