* The defending-champion Lightning blanked the Islanders in Game 7 to advance to the Stanley Cup Final for the fourth time since their inaugural season in the early 1990s.

* Lightning goaltender Andrei Vasilevskiy, who had zero shutouts in his first 57 career playoff appearances, has five in his last 19 including four earned in series-clinching fashion.

* The Lightning’s victory locked in the schedule for the 2021 Stanley Cup Final, which opens on Monday when Tampa Bay welcomes Montreal to AMALIE Arena for Game 1. 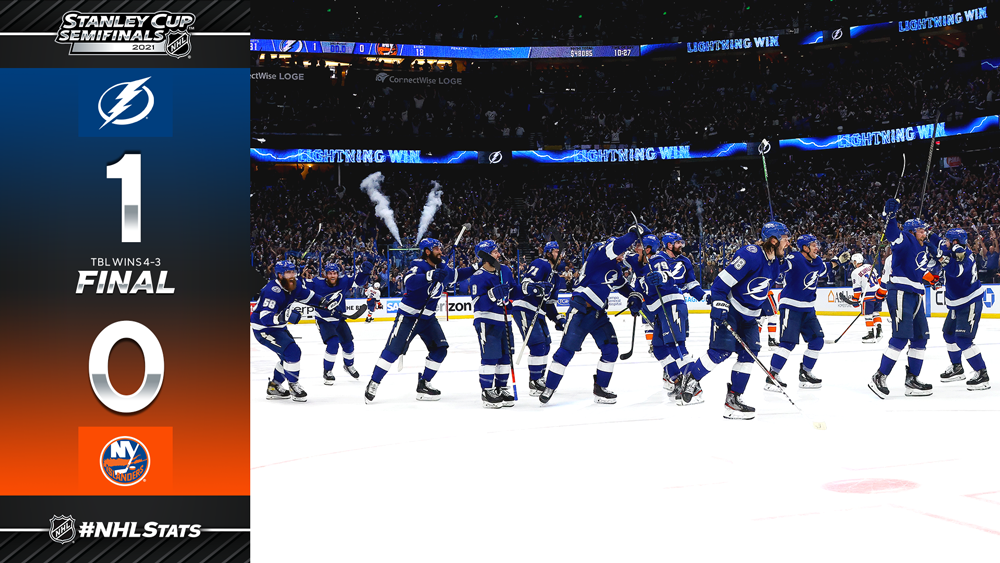 * The Lightning became the fourth franchise to reach the Stanley Cup Final at least four times since 1992-93, when the club contested its inaugural season. The others to do so over that span are the Red Wings (6x), Devils (5x) and Penguins (4x).

* Overall, the Lightning have their sights set on becoming the ninth different franchise to repeat as Stanley Cup champions and fifth among clubs to join the League in 1967-68 or later (PHI, NYI, EDM & PIT). 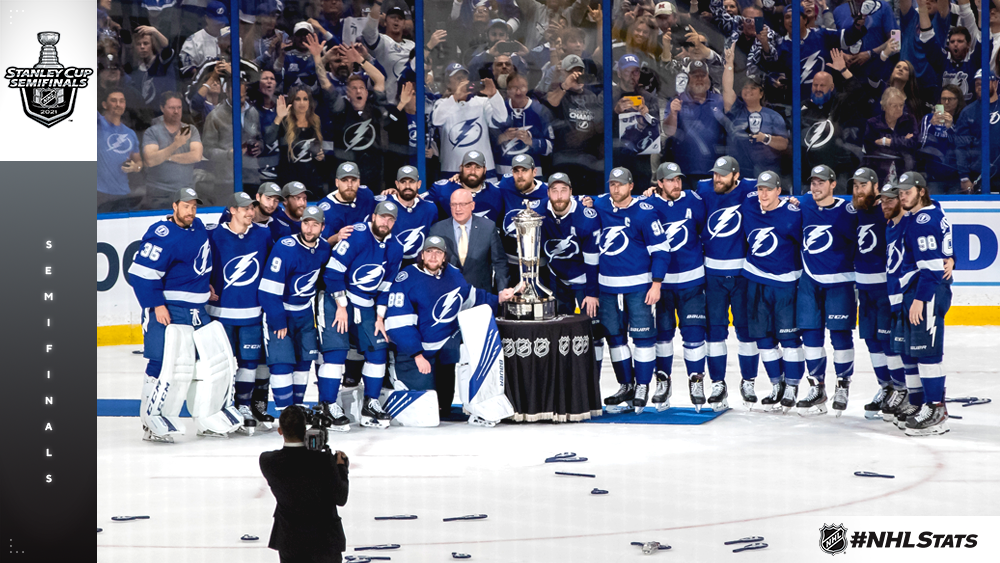 LIGHTNING’S GAME 7 VICTORY LOCKS IN STANLEY CUP FINAL SCHEDULE
Tampa Bay’s series-clinching win over New York confirmed the dates, start times and television information for the 2021 Stanley Cup Final, which opens Monday, June 28 at AMALIE Arena when the Lightning host the Canadiens in their first head-to-head playoff game since the 2015 Second Round. 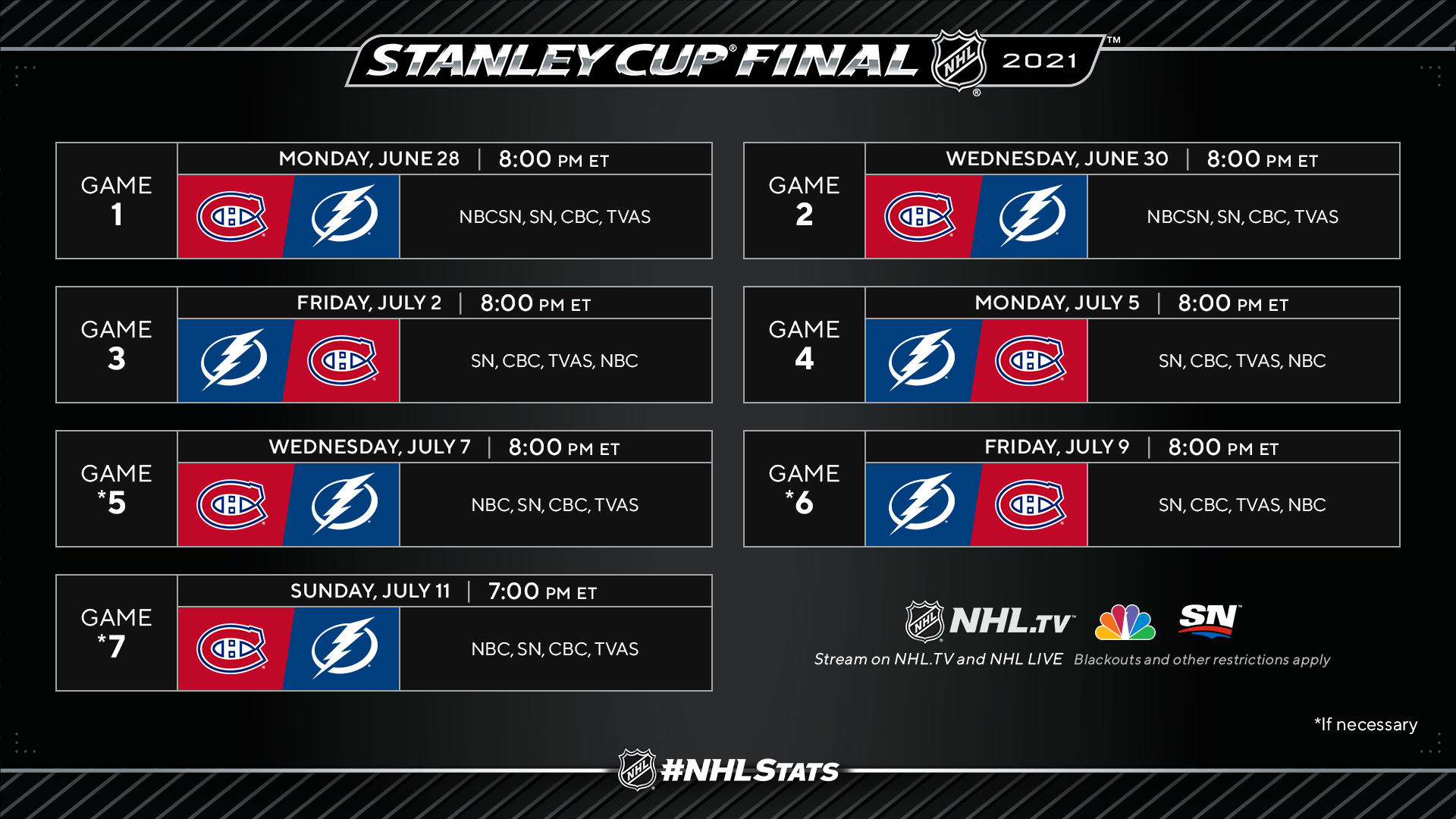 * Tampa Bay owns an all-time series record of 2-1 in three playoff rounds against Montreal, earning a six-game win in 2015 as well as a four-game sweep in the 2004 Conference Semifinals. The Canadiens swept the Lightning in the 2014 First Round. 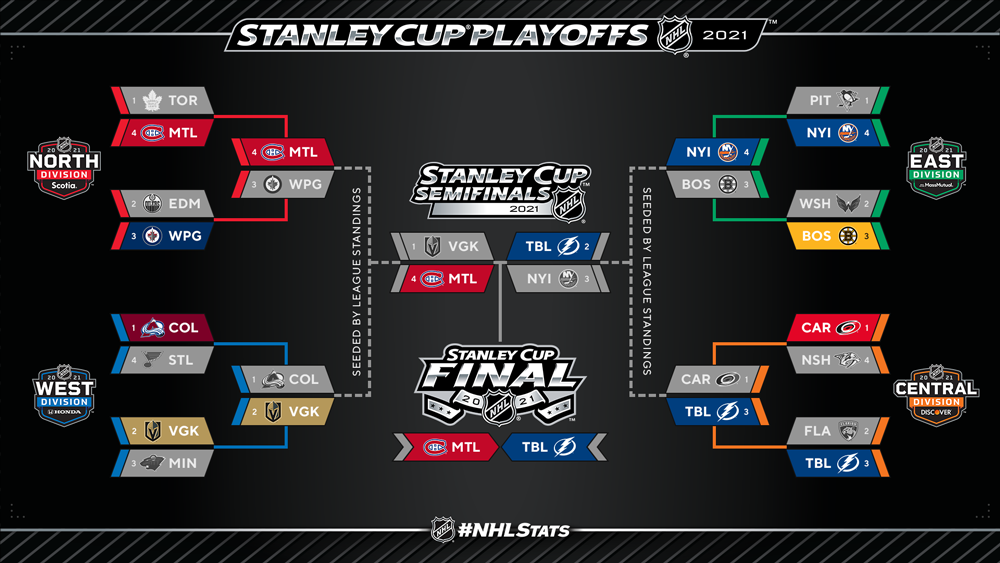 * Vasilevskiy became the third different goaltender in franchise history with a shutout in a Game 7, joining Ben Bishop in the 2015 First Round and 2015 Conference Finals as well as Dwayne Roloson in the 2011 Conference Quarterfinals. 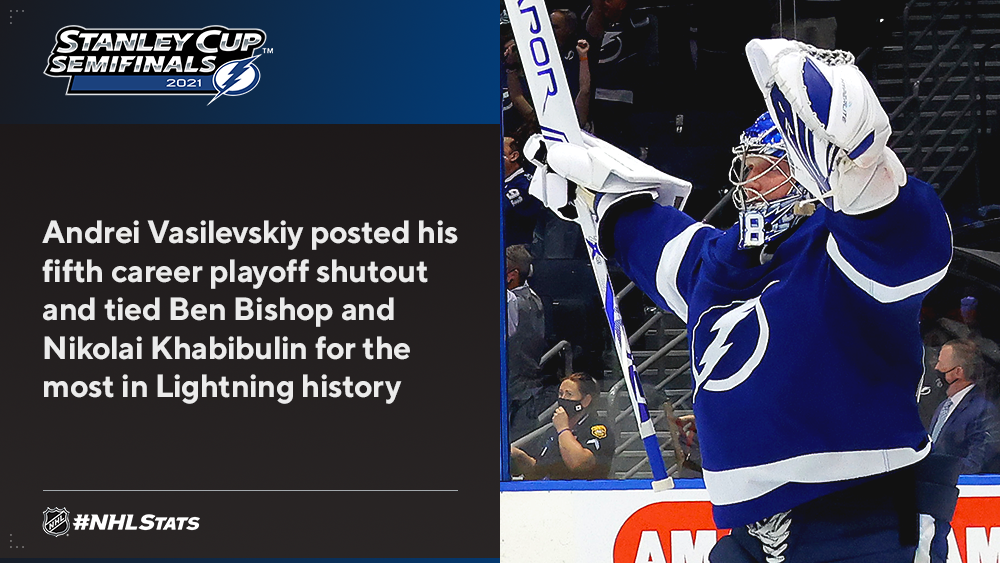 * Friday’s finale marked just the eighth Game 7 in NHL history decided by a 1-0 margin and the first since the 2011 Eastern Conference Final, when Boston edged Tampa Bay at TD Garden.

* Lightning forward Yanni Gourde became the first player in franchise history to score a shorthanded goal in a Game 7 and just the 10th NHLer to do so over the last 25 years (since 1996).

* Gourde scored the NHL’s 34th all-time shorthanded goal in a Game 7. Six of those goals also stood as the series clincher – Gourde’s is the only one of the six which was in a 1-0 victory. 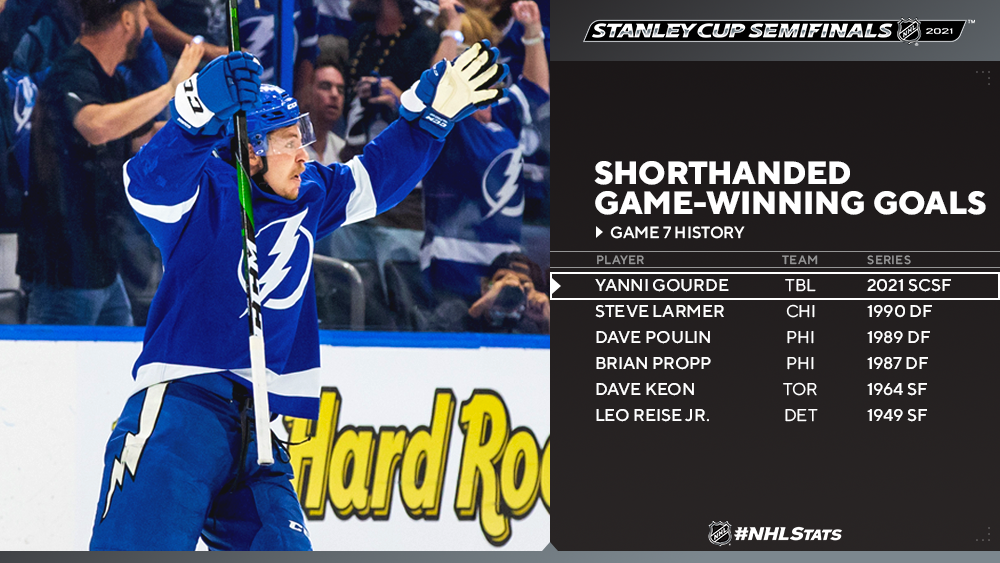