* Andrei Vasilevskiy continued to stifle the opposition in their home rink, having only allowed one goal or fewer in each of his last four road games of the 2021 Stanley Cup Playoffs.

* Rod Brind’Amour, who captained the Hurricanes to their first Stanley Cup championship in 2006, captured the 2020-21 Jack Adams Award in his third season as the franchise’s head coach.

* Tyler Toffoli and William Karlsson can match franchise records as the Stanley Cup Semifinals series between the Canadiens and Golden Knights shifts to Bell Centre for Game 3. 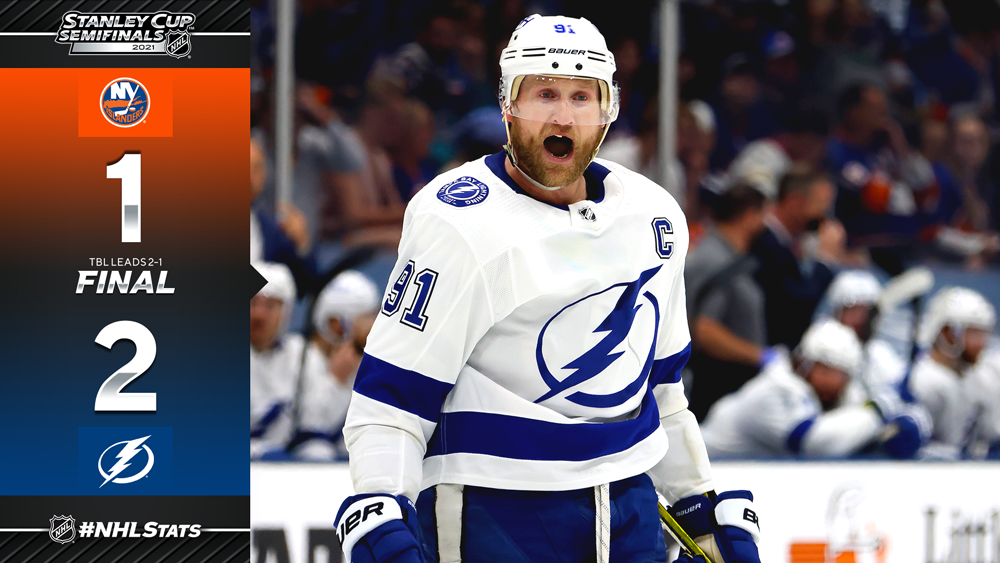 POINT, VASILEVSKIY HELP LIGHTNING EDGE ISLANDERS FOR SERIES LEAD
Brayden Point, who found the back of the net for the sixth straight game, scored the winner while falling to the ice and Andrei Vasilevskiy (27 saves) earned his 10th win of the 2021 postseason as the Lightning quieted a raucous crowd at Nassau Veterans Memorial Coliseum to take a 2-1 series lead.

* Point stands as the only active player to record a six-game goal streak in the Stanley Cup Playoffs and became just the seventh different skater in the last 30 postseasons to register a stretch of at least that length. The 25-year-old forward, who made his playoff debut in 2018, has recorded 33 goals in 58 career postseason contests. 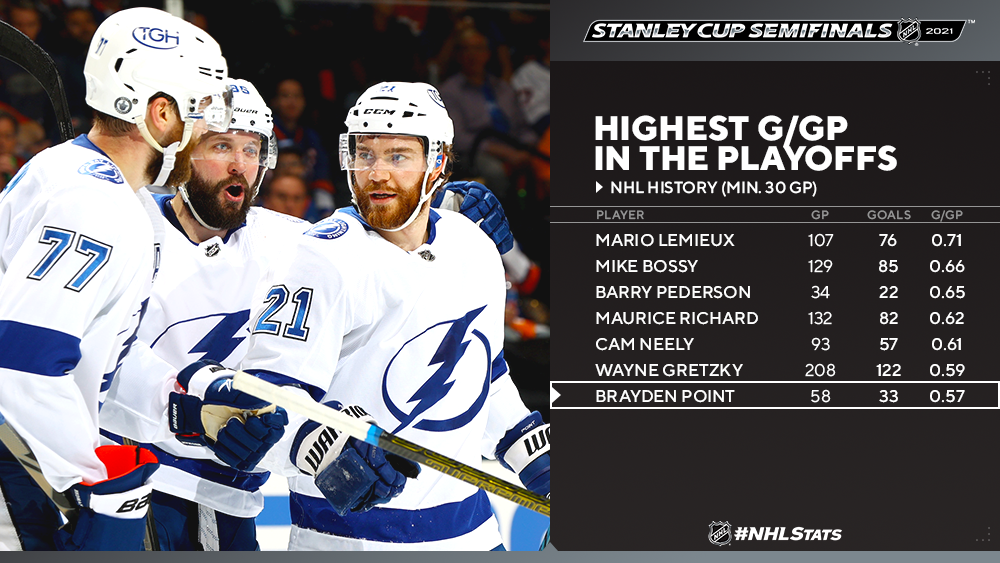 * Vasilevskiy, who now owns the most wins in NHL history among goaltenders of Russian nationality, has held the opposition to one goal or fewer in each of his last four road games – a run that includes a shutout in Game 5 at PNC Arena in Raleigh, N.C., to close out the Second Round. Only two netminders in League history have recorded a longer run. 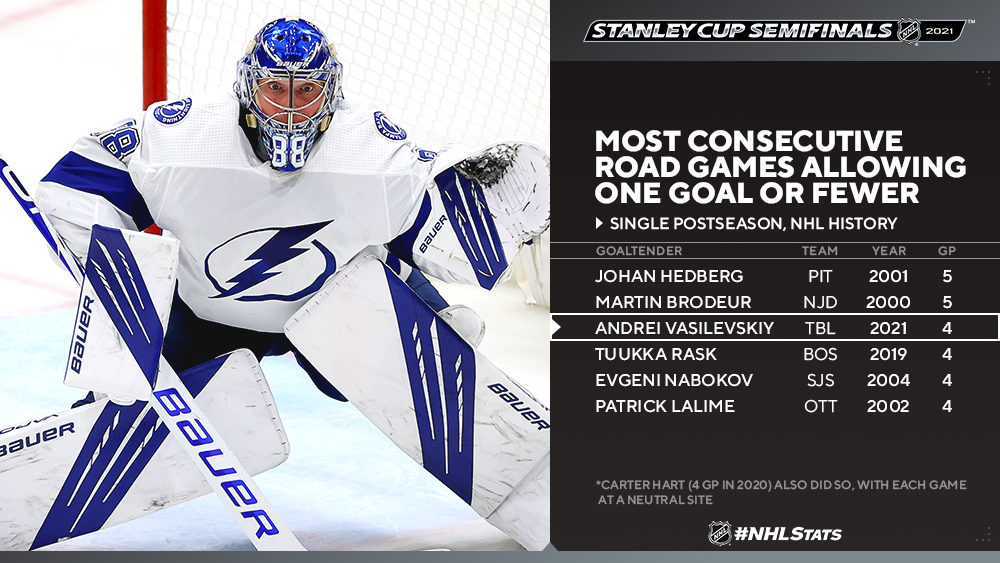 DID YOU KNOW?
In the 14 Conference Finals series from 2006 to 2020 that were tied 1-1 after two contests, 12 of them saw the team that evened the series in Game 2 advance to the Stanley Cup Final. The lone exceptions in that span were in 2020 (DAL vs. VGK) and 2017 (NSH vs. ANA).
BRIND’AMOUR WINS JACK ADAMS AWARD; GM OF THE YEAR FINALISTS UNVEILED

After signing a three-year contract extension on Thursday morning, Hurricanes head coach Rod Brind’Amour was named the 2020-21 recipient of the Jack Adams Award as “the NHL coach adjudged to have contributed the most to his team’s success,” as selected by the NHL Broadcasters’ Association. Click here to read more. 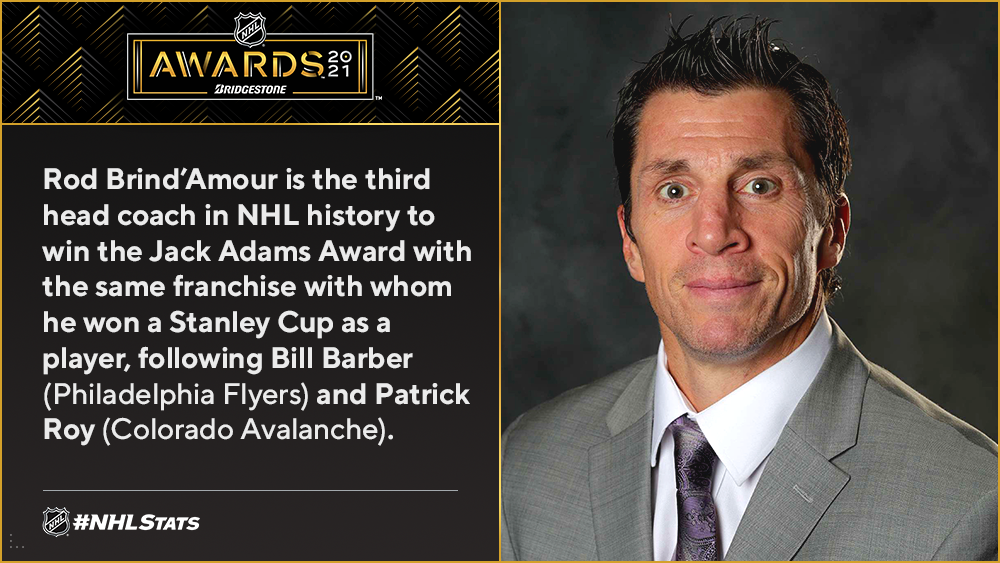 * The NHL also announced Thursday that Marc Bergevin of the Canadiens, Lou Lamoriello of the Islanders and Bill Zito of the Panthers are the three finalists for the 2020-21 Jim Gregory General Manager of the Year Award. The winner will be announced Monday, June 21, by NBC Sports, Sportsnet and TVA Sports during their pregame window for Game 5 between the Islanders and Lightning. Click here to read more.

* The 2020-21 recipient of the Frank J. Selke Trophy will be revealed tonight.

MONTREAL, VEGAS HEAD NORTH WITH 2-1 SERIES LEAD ON THE LINE
The Canadiens and Golden Knights will look to grab a 2-1 lead in their Stanley Cup Semifinals series when they contest Game 3 at Bell Centre, where 3,500 fans will be in attendance. 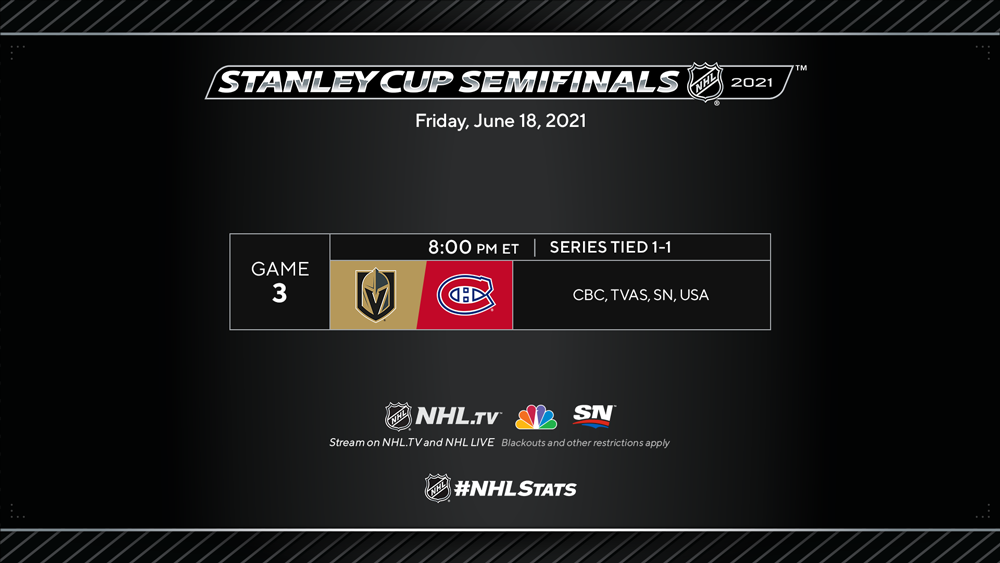 * Tyler Toffoli, who has found the score sheet in both games of the Semifinals, carries an eight-game point streak into tonight (5-5—10), the longest by any player in the 2021 Stanley Cup Playoffs. He sits one game shy of tying the franchise record for longest point streak in a playoff year, a mark set by Guy Lafleur in 1977 and matched by Larry Robinson the following postseason. 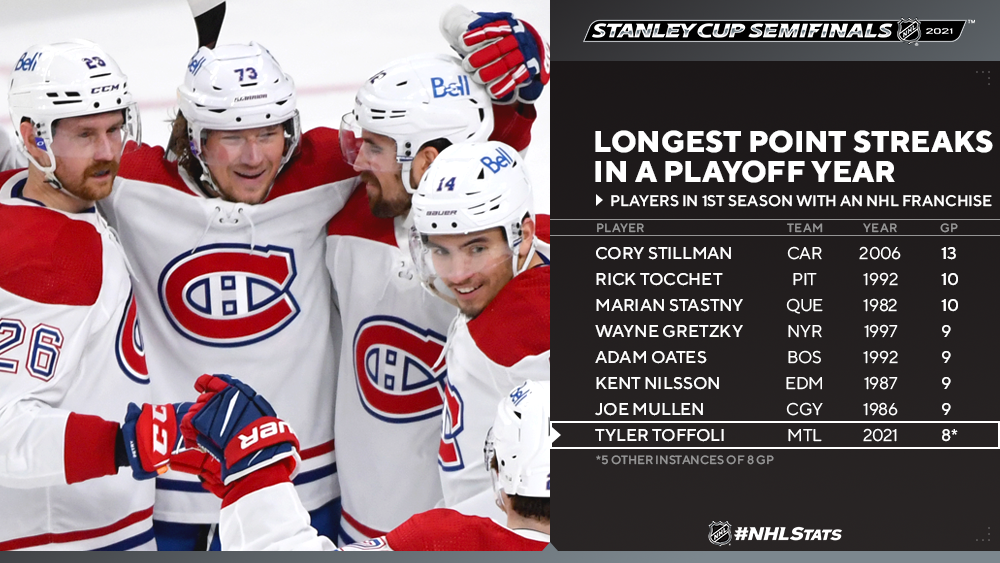 * William Karlsson has recorded at least one point in each of Vegas’ last six contests (2-6—8), which is one game back of the longest point streak by a Golden Knights player (Shea Theodore in 2020 & Max Pacioretty in 2021). The longest playoff point streak by a player with a franchise contesting one of its first four NHL seasons is 12 games, a mark set by Denis Potvin with the Islanders in 1976. 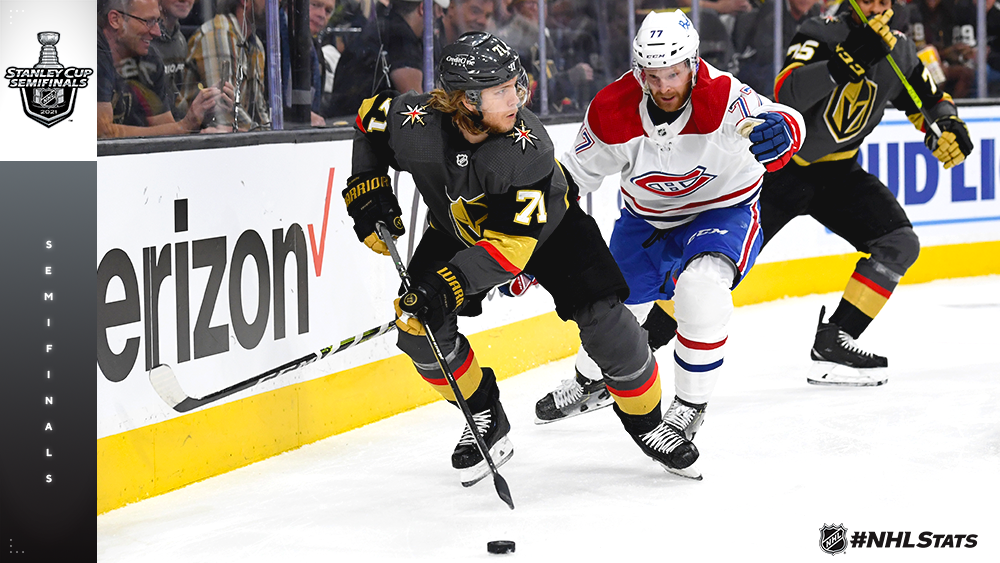 * Cole Caufield owns an active four-game point streak and has 1-5—6 in the 2021 Stanley Cup Playoffs overall (11 GP). Only nine other Hobey Baker Award winners have recorded as many points in their first NHL postseason – that list includes Golden Knights president of hockey operations George McPhee, who had 3-3—6 during the 1983 Stanley Cup Playoffs. 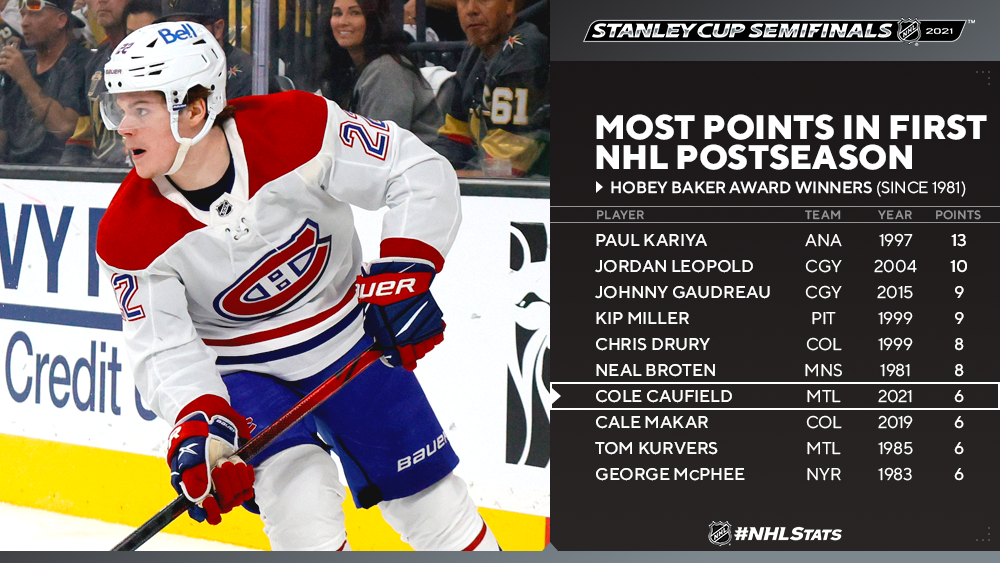 Week 7 Injury Report — Monday as of…

The risk of gambling on unregulated gaming sites in Michigan