* Defensemen continued to shine for the Golden Knights as they won their fifth straight game and grabbed a 1-0 series lead.

* Pekka Rinne, a Predators franchise icon for his sparkling playing career and unwavering commitment through the years to improve the lives of so many in Middle Tennessee, won the 2020-21 King Clancy Memorial Trophy.

* The Islanders, who dropped the first two games against the Lightning in the 2020 Conference Finals, will look to take a 2-0 series lead over Tampa Bay in the Stanley Cup Semifinals. 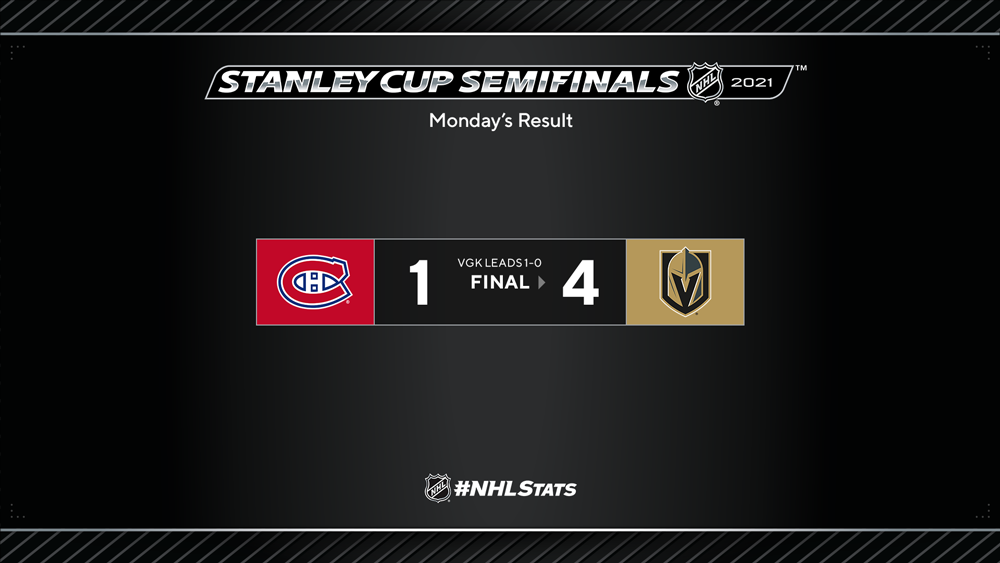 GOLDEN KNIGHTS EXTEND WINNING STREAK, SNAP CANADIENS’ SEVEN-GAME RUN
Defensemen Shea Theodore (1-1—2), Alec Martinez and Nick Holden accounted for three of Vegas’ four goals as the Golden Knights improved to 5-0 in their last five contests and handed the Canadiens their first loss since Game 4 of the First Round, ending a seven-game winning streak. The Golden Knights recorded five consecutive victories within a postseason for the fourth time since their inaugural season. 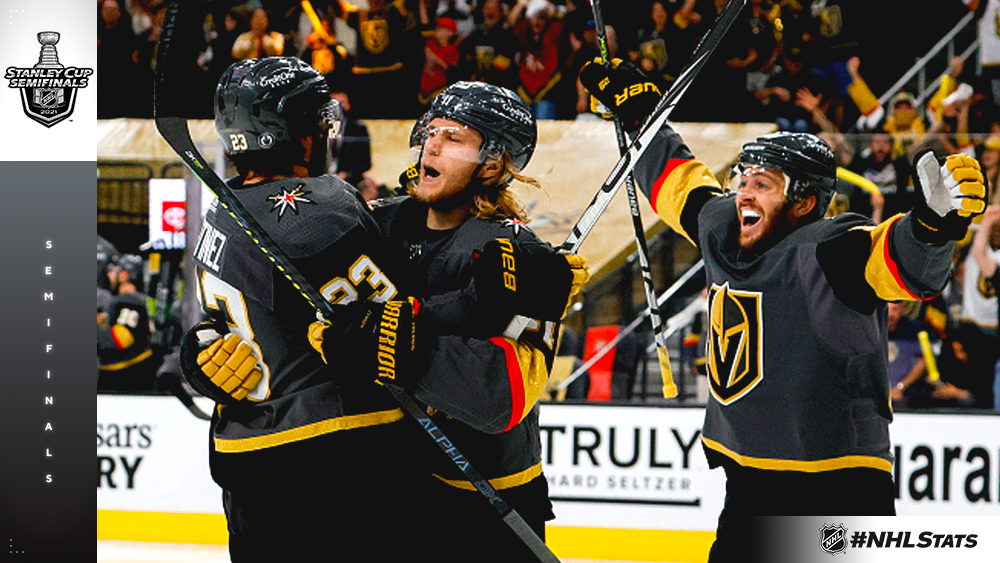 * Vegas became the second team to have three different defensemen score at least one goal in a game taking place during the Conference Finals/Semifinals. The Golden Knights joined the Penguins in Game 5 of the 1991 Prince of Wales Conference Final (Larry Murphy, Paul Stanton & Ulf Samuelsson).

* Golden Knights defensemen have combined for nine goals, 28 assists and 37 points in the 2021 Stanley Cup Playoffs, tops among all teams for each category. Theodore became the sixth Vegas defenseman with at least one goal this postseason. 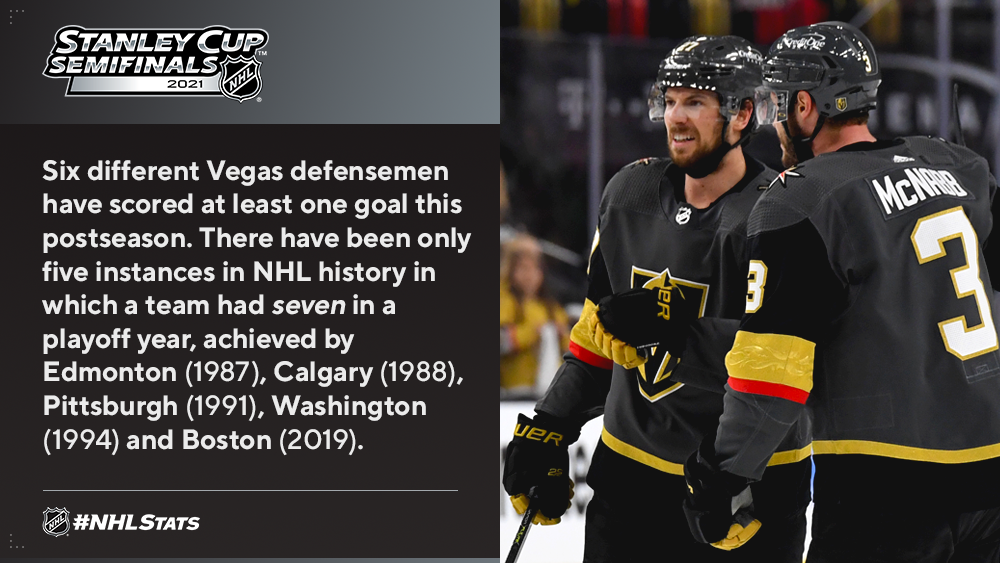 RINNE AWARDED KING CLANCY MEMORIAL TROPHY
Predators goaltender Pekka Rinne was the 2020-21 recipient of the King Clancy Memorial Trophy, awarded for “leadership on and off the ice and who has made a noteworthy humanitarian contribution to his community.” Click here to read more on the efforts of Rinne, who will receive a $25,000 donation from the National Hockey League Foundation to benefit a charity or charities of his choice.

* The 2020-21 recipient of the Bill Masterton Memorial Trophy will be revealed tonight. 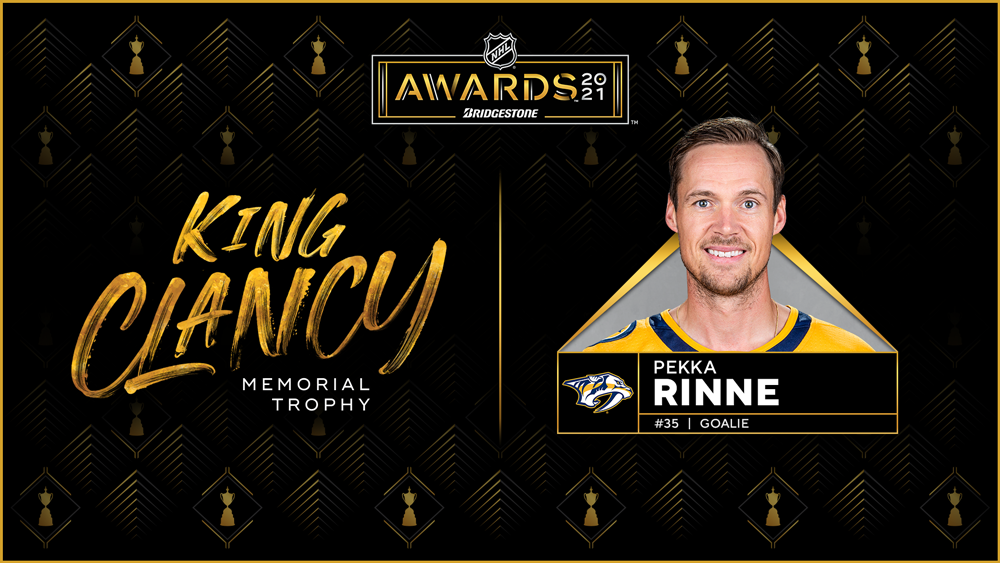 ISLANDERS LOOK TO HEAD HOME WITH 2-0 SERIES LEAD AGAINST LIGHTNING
Game 2 between New York and Tampa Bay goes tonight, with the Islanders aiming to extend their winning streak to five contests and return to Nassau Veterans Memorial Coliseum with a 2-0 lead in the Stanley Cup Semifinals. 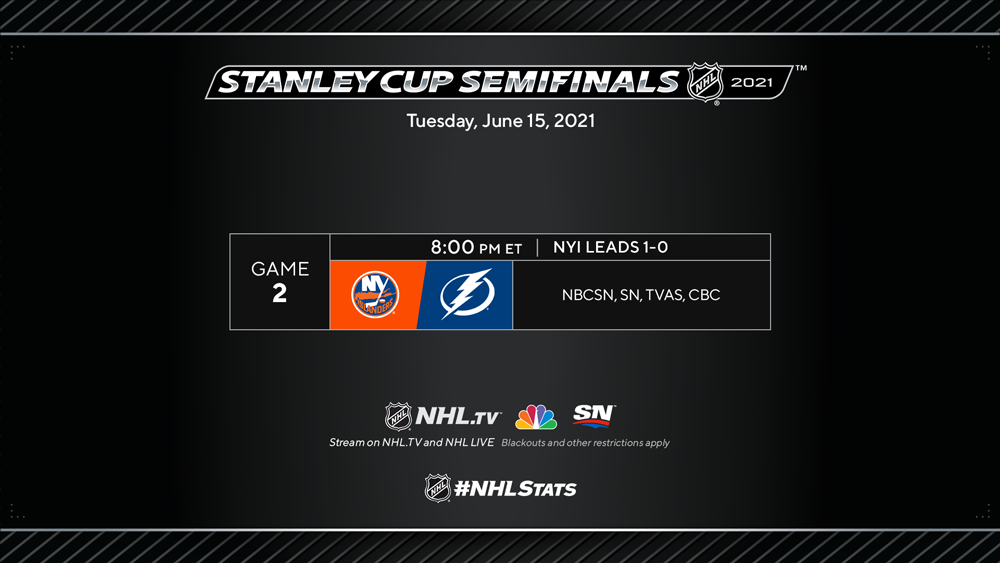 * New York has earned five or more consecutive victories in a postseason six times in franchise history. The most-recent instance was during the 1983 Stanley Cup Playoffs, when the Islanders closed out the Conference Finals with an 8-4 win over the Bruins and then swept the Oilers in the Final to claim their fourth straight championship.
* The Lightning have not suffered consecutive postseason losses since the 2019 First Round, when they were swept by the Blue Jackets. Tampa Bay owns a playoff record of 11-0 in the contest following a loss dating to Game 4 of that series, which is tied for the longest such run in NHL history with Montreal from 1985 to 1986.