* The Lightning blanked the Canadiens to run it back for their second straight Stanley Cup and third in franchise history.

* Andrei Vasilevskiy, who clinched a series with a shutout for the fifth time since the 2020 Stanley Cup Final, won the Conn Smythe Trophy as playoff MVP. 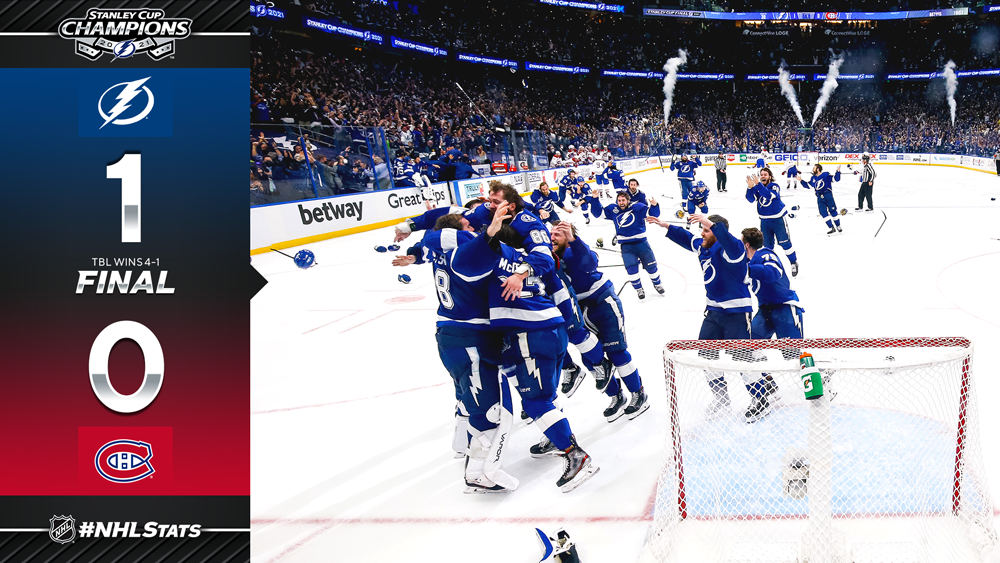 * The Lightning became the ninth different franchise to repeat as Stanley Cup champions and fifth to do so among clubs that joined the NHL in 1967-68 or later, joining the Flyers, Islanders, Oilers and Penguins. 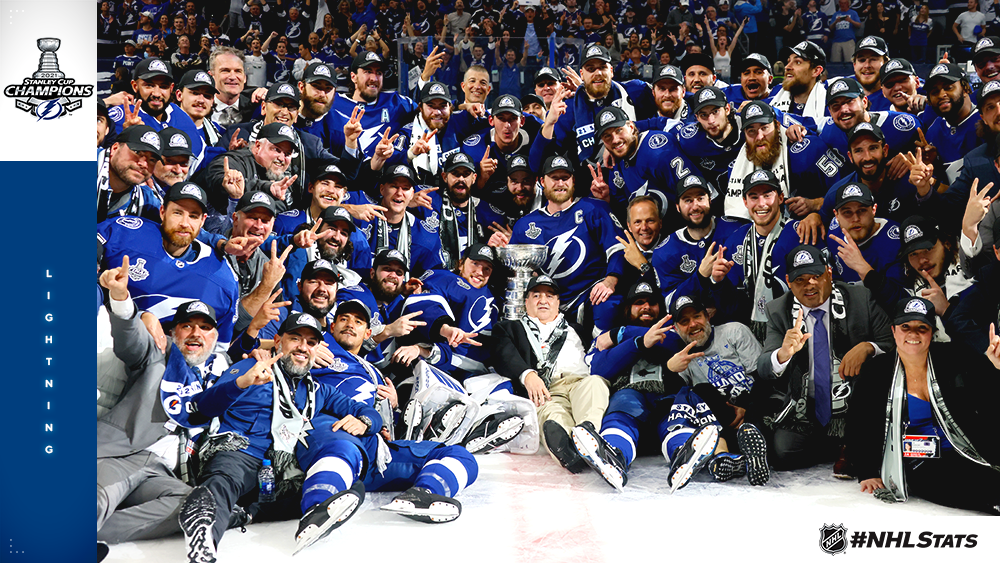 VASILEVSKIY AWARDED CONN SMYTHE TROPHY
After posting a 16-7 record (1.90 GAA, .937 SV%, 5 SO) en route to claiming his second consecutive Stanley Cup, Andrei Vasilevskiy won the Conn Smythe Trophy, awarded to “the most valuable player to his team in the playoffs.” The winner was selected in a vote by a panel of the Professional Hockey Writers Association. 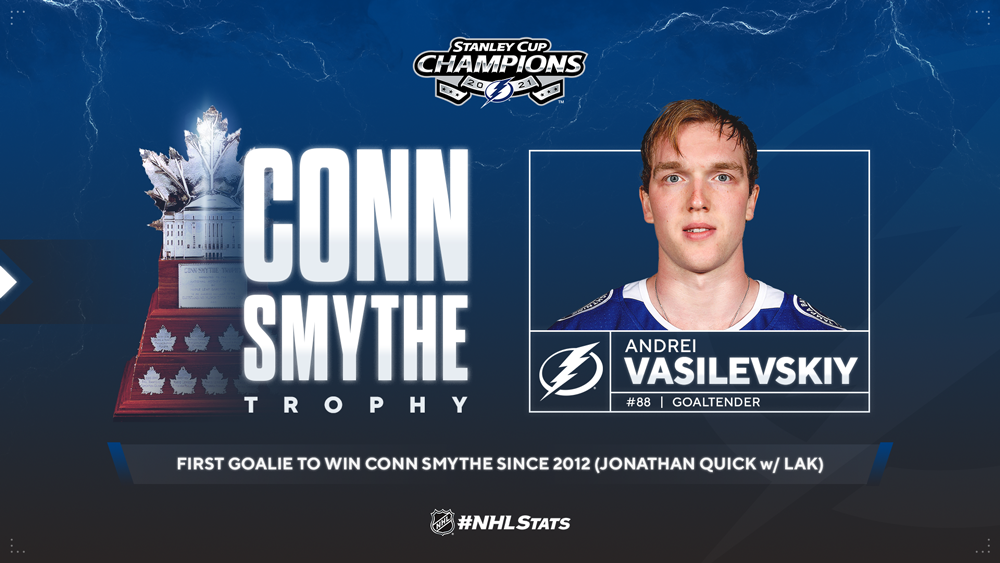 * Vasilevskiy (Tyumen, Russia) is the first goaltender born outside North America to be named playoff MVP. Overall, this marks the 17th time a goaltender won the Conn Smythe Trophy since the award’s inception in 1964-65. 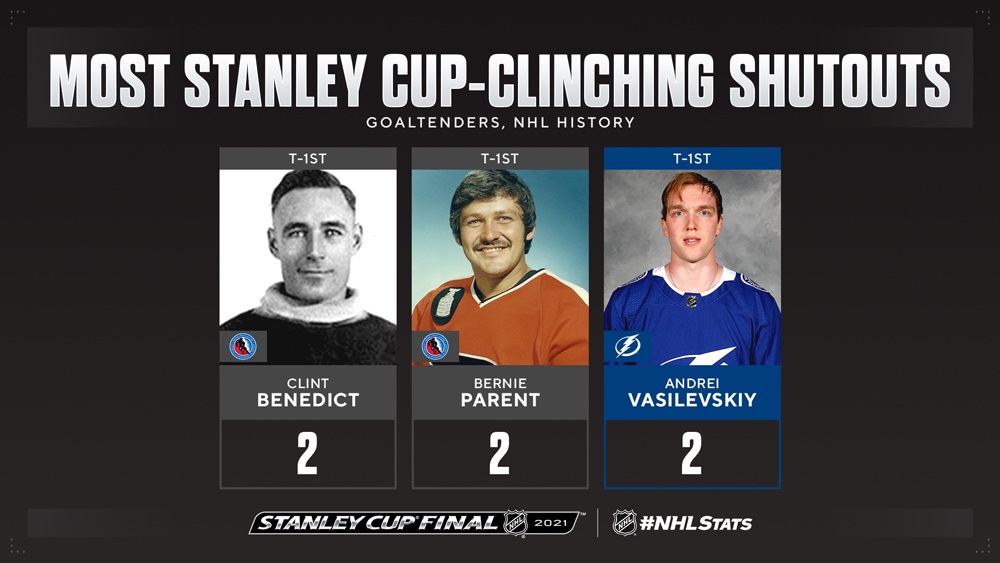 * After winning his first Stanley Cup in 2019 with the Blues and second in 2020 with the Lightning, Pat Maroon claimed the trophy for a third straight year. Already one of eight different players in NHL history to win a championship in consecutive seasons with different teams, Maroon became the first player to win three straight Stanley Cups since multiple players did so with the Islanders dynasty from 1980 to 1983. 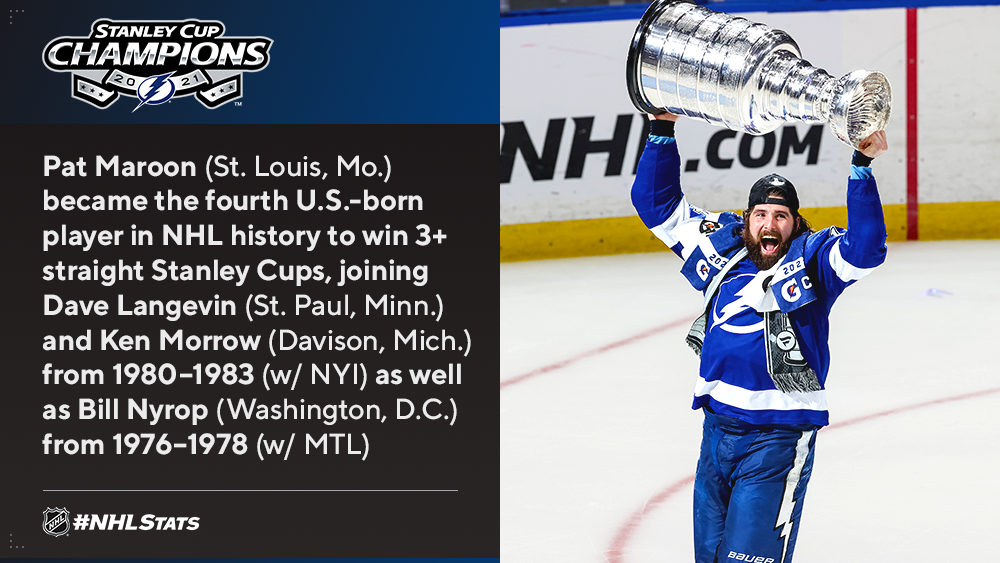 * After playing just 2:47 in the entire 2020 Stanley Cup Playoffs, Lightning captain Steven Stamkos dressed in all 23 games for Tampa Bay in the 2021 postseason where he produced 8-10—18 to rank tied for third in NHL scoring and match a career high.

* Ross Colton, who scored the game-winning goal in his League debut on Feb. 24 earlier this year, concluded his first NHL season by scoring the Stanley Cup clincher for the Lightning. Colton became the seventh rookie in NHL history to score a Cup-clinching goal and just the second to do so in the League’s modern era (since 1943-44), joining Mike Rupp in 2003 (w/ NJD). 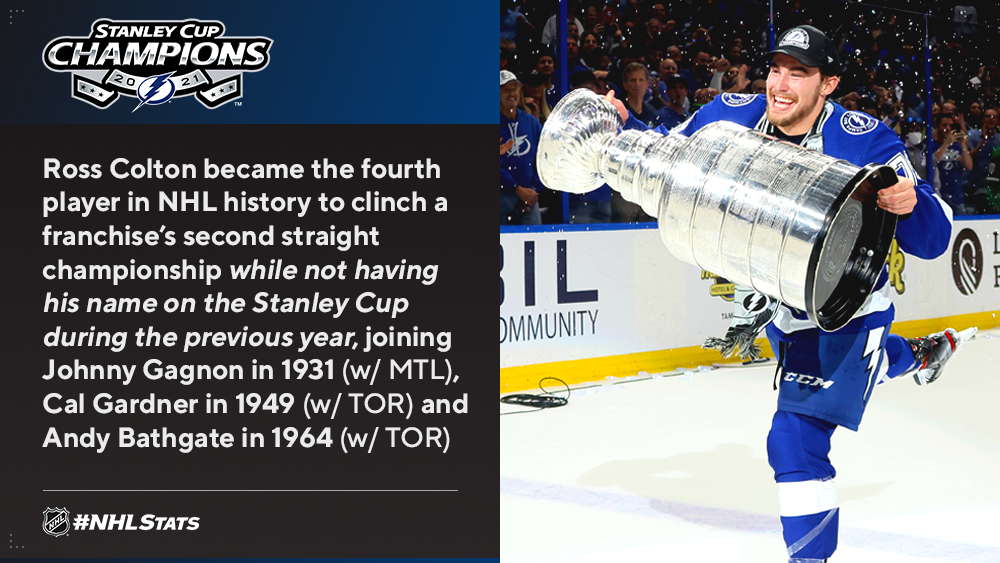 * Jon Cooper and Julien BriseBois have now claimed three championships over the last 10 years as a head coach-general manager tandem, winning two Stanley Cups with the Lightning (2020 & 2021) and one Calder Cup with the AHL’s Norfolk Admirals (2012). Forwards Tyler Johnson, Alex Killorn and Ondrej Palat were also part of each championship.

* BriseBois, who acquired key players such as Maroon, Blake Coleman, Barclay Goodrow, Jan Rutta and David Savard after being named to the position Sept. 11, 2018, became the second general manager in NHL history to win the Stanley Cup multiple times within his first three seasons with that title, joining longtime Canadiens executive Sam Pollock (2 from 1964-65–1966-67). 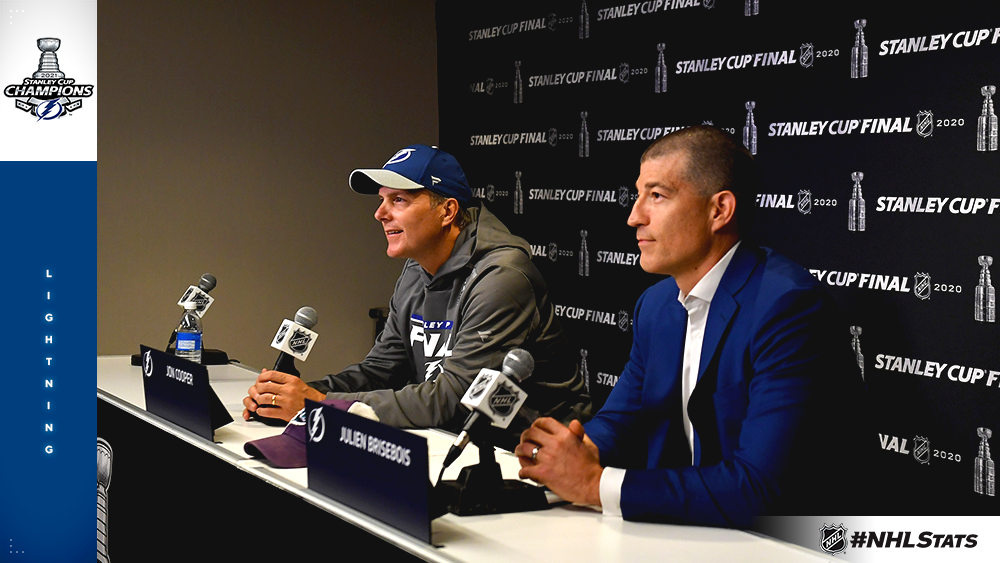 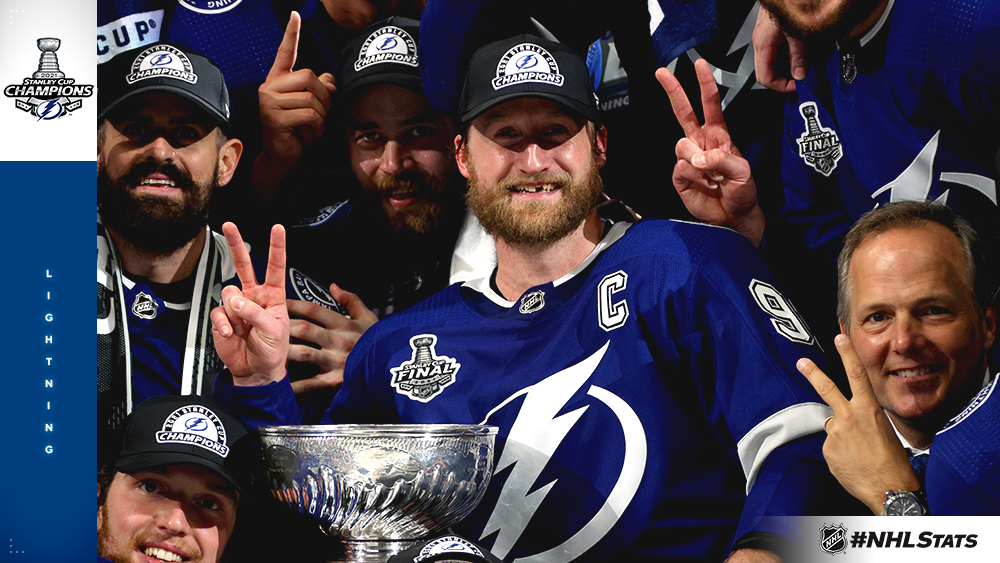