* The Lightning enter Game 4 with the opportunity to earn the NHL’s first sweep in the Stanley Cup Final in 23 years.

* Brayden Point has made a habit of finding the score sheet in series-clinching games for the Lightning and can join rare company with another Cup-clinching goal.

* In order to win the Stanley Cup, the Canadiens will have to string together four straight wins, a feat they achieved already once during the 2021 postseason.

SWEEPS IN THE FINAL HAVE BEEN RARE IN RECENT YEARS
Tampa Bay is set to take to the ice tonight in search of the franchise’s third Stanley Cup and second in as many years. Should the Lightning hoist the Cup at Bell Centre in Game 4, they would become the first team in 23 years to sweep a Stanley Cup Final series – Detroit last did so in back-to-back years in 1997 and 1998. 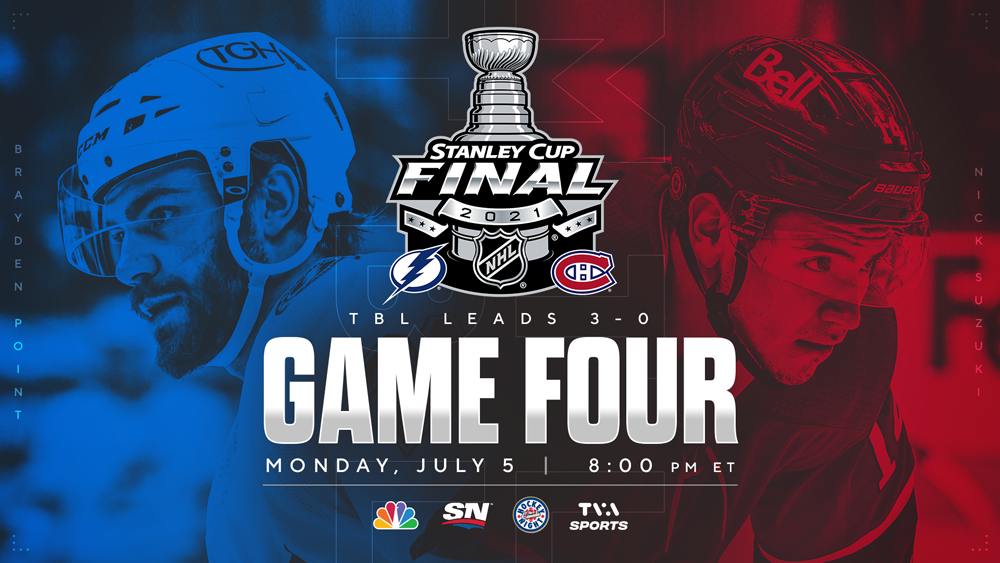 * Since the Red Wings in 1998, only one franchise has even gone up 3-0 in the Final; the Kings achieved the feat in both 2012 and 2014 en route to capturing championships in six and five games, respectively.

The Lightning are in position to become just the third road team in NHL history to win the Stanley Cup in Montreal as the visiting team. In 1989, Lanny McDonald – who famously co-captained Calgary to his first career Stanley Cup in his final NHL game – helped the Flames defeat the Canadiens in Game 6 at the Montreal Forum. It marked the only time the franchise saw its opponent hoist the Cup in its own arena. Overall, the Canadiens are 7-1 on home ice when facing elimination in the Stanley Cup Final (.875). 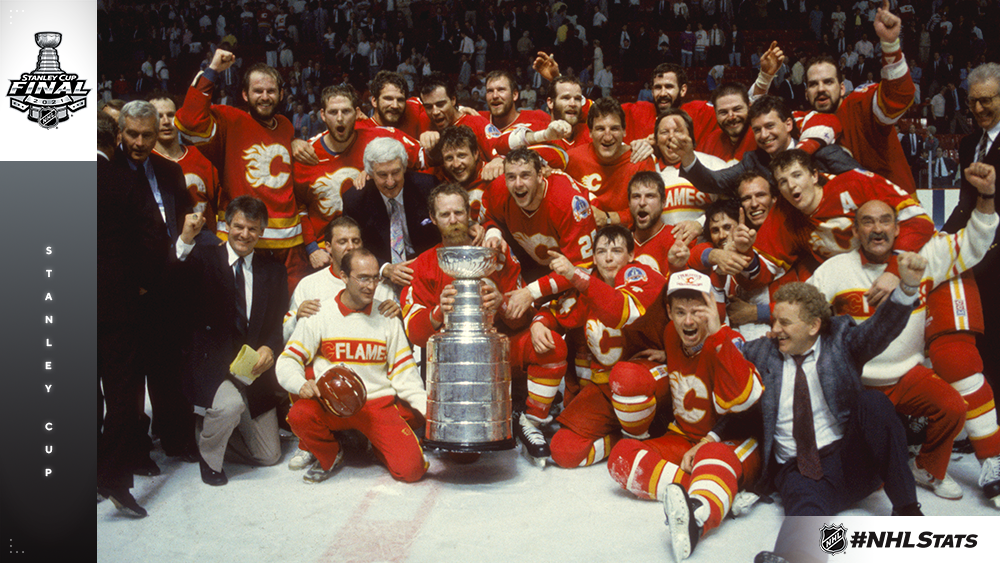 * The other instance came in 1928 when the Rangers defeated the Montreal Maroons, also at the Forum, in a best-of-five series. That Stanley Cup Final also featured a prominent moment in League history, when 44-year-old New York coach Lester Patrick made a relief appearance in net for the team in Game 2.

IS ANOTHER CLINCHING GOAL ON THE HORIZON FOR BRAYDEN POINT?
Lightning forward Brayden Point is the NHL’s leading goal scorer in the Stanley Cup Playoffs over the last two postseasons, with 28 over a span of 44 games – 11 more than the next closest skater (Nathan MacKinnon: 17 in 25 GP w/ COL). 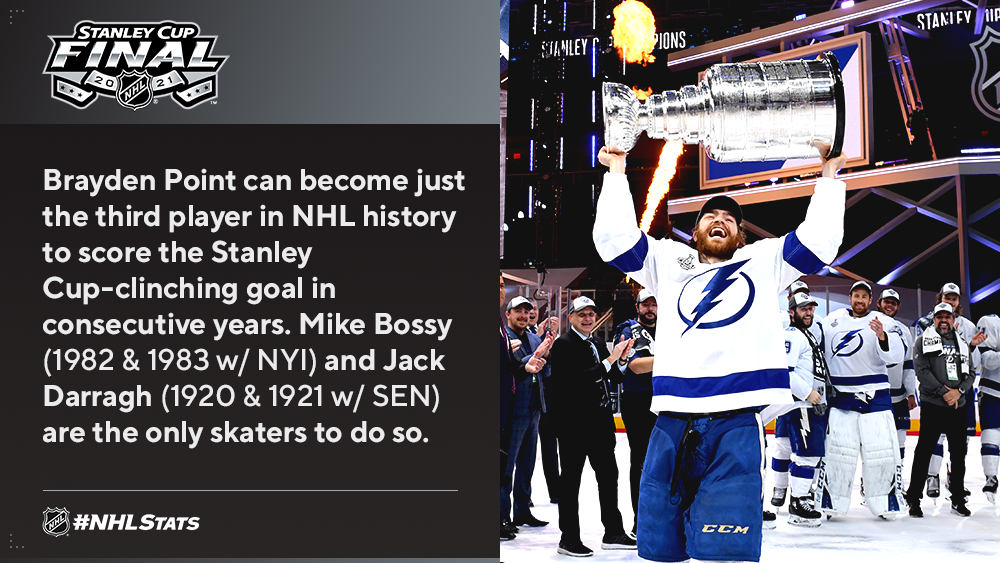 The Lightning have jumped out to a 3-0 lead in the Stanley Cup Final while outscoring the Canadiens 14-5 over the opening three contests. The Lightning, who boast each of the top five point producers in the 2021 Stanley Cup Playoffs led by Nikita Kucherov (8-24—32 in 21 GP), have scored the most goals through the opening three games of a Final since the Red Wings did so an equal amount of times through Games 1-3 in 1997 en route to sweeping the Flyers.

* While the Tampa Bay offense has been filling the net, Andrei Vasilevskiy has shined as the last line of defense with a 15-6 record in the 2021 postseason while ranking first in save percentage (.938) and shutouts (4). Overall, Vasilevskiy has a 48-28 record in the playoffs, where his winning percentage places him among a bevy of Hall of Fame netminders. 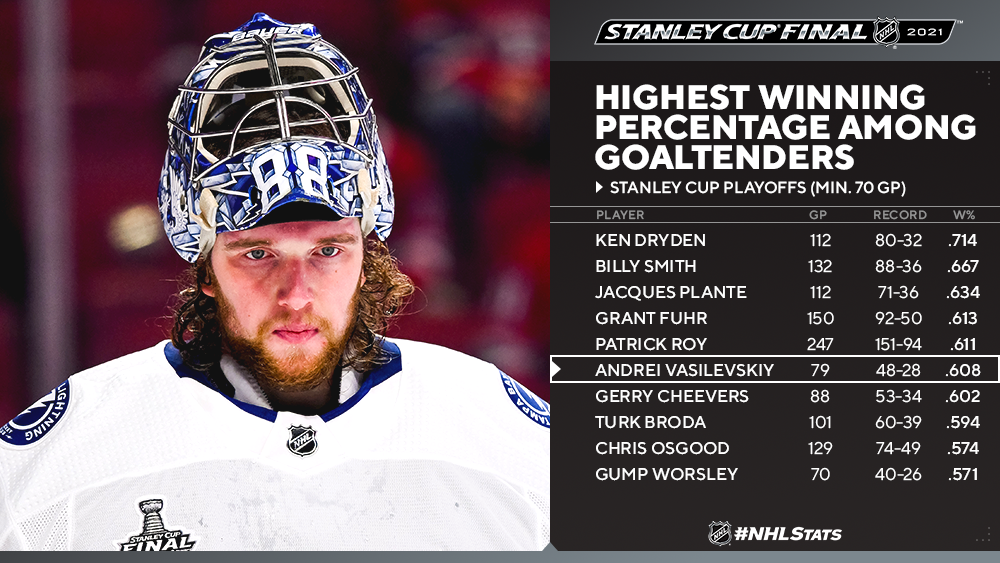 MONTREAL MUST MOUNT MONUMENTAL COMEBACK TO WIN STANLEY CUP
The Canadiens’ Stanley Cup hopes are contingent on the club collecting four consecutive wins to overcome a 3-0 series deficit, a rare but not unprecedented feat achieved just four times in NHL history including once in the Final.

A look back at the four teams which won a Stanley Cup Playoffs series after losing the first three games, with a current Canadiens forward playing a significant role in the most-recent instance:

1942 Stanley Cup Final (TOR 4, DET 3)
* Toronto rallied from deficits of 2-0 and 3-2 to edge Detroit in Game 4, kickstarting its winning streak which also included a 9-3 triumph in Game 5, a 3-0 shutout in Game 6 and a 3-1 victory in Game 7. Led by Don Metz (4-3—7) and Syl Apps (3-4—7) who had seven points apiece over the final four contests, the Maple Leafs’ comeback remains the only instance in the history of the NHL, NBA or MLB in which a team overcame a 3-0 series deficit in a best-of-seven in the final series to win a championship.

1975 Quarterfinals (NYI 4, PIT 3)
* Syl Apps Jr. scored the winner in Game 3 to put the Penguins up 3-0 in the series, but the Islanders reeled off four consecutive victories; capped by a 1-0 shutout in Game 7 where Glenn Resch made 30 saves in the series-clinching victory. New York captain Ed Westfall scored in each of the series’ final three contests, including the winner in Game 5 and the clincher with 5:18 remaining in regulation during the finale at Civic Arena.

2010 Conference Semifinals (PHI 4, BOS 3)
* Flyers forward Simon Gagne scored the overtime winner in Game 4 – the first of four straight Philadelphia victories, with two decided by a one-goal margin. Gagne had 3-1—4 over the series’ final three contests, including the clincher in the seventh-and-deciding game, as the Flyers also rallied from a 3-0 first-period deficit before winning Game 7.

2014 First Round (LAK 4, SJS 3)
* Kings rookie Tyler Toffoli tallied the winner in Game 4 and Game 5 to help his club stave off elimination and found the back of the net again in Game 7 as Los Angeles stunned San Jose en route to its second Stanley Cup in three years. Toffoli remains the only rookie in NHL history to score the winning goal in consecutive games while facing elimination in each contest and one of just 12 players to accomplish the feat in the League’s modern era (since 1943-44). 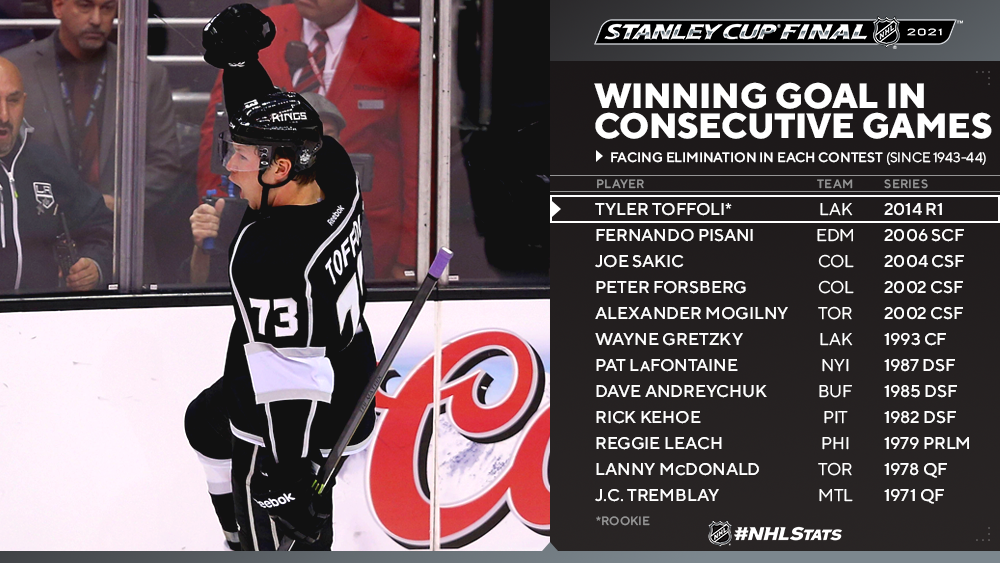 Previous articleOrlando City SC Loans Matheus Aiás to Real Oviedo
Next articleJune Online Gaming Deposits Down A Bit from May, According to Research Report