* Blake Coleman’s highlight-reel goal stood as the game winner as the Lightning opened up a 2-0 series lead in the Stanley Cup Final for the first time in franchise history.

* Of the previous 11 teams in the last 20 years to take a 2-0 lead in the Stanley Cup Final, nine went on to win a championship.

* Despite the loss, Nick Suzuki scored for the Canadiens and became the ninth active player to score 10 or more career playoff tallies before his 22nd birthday. 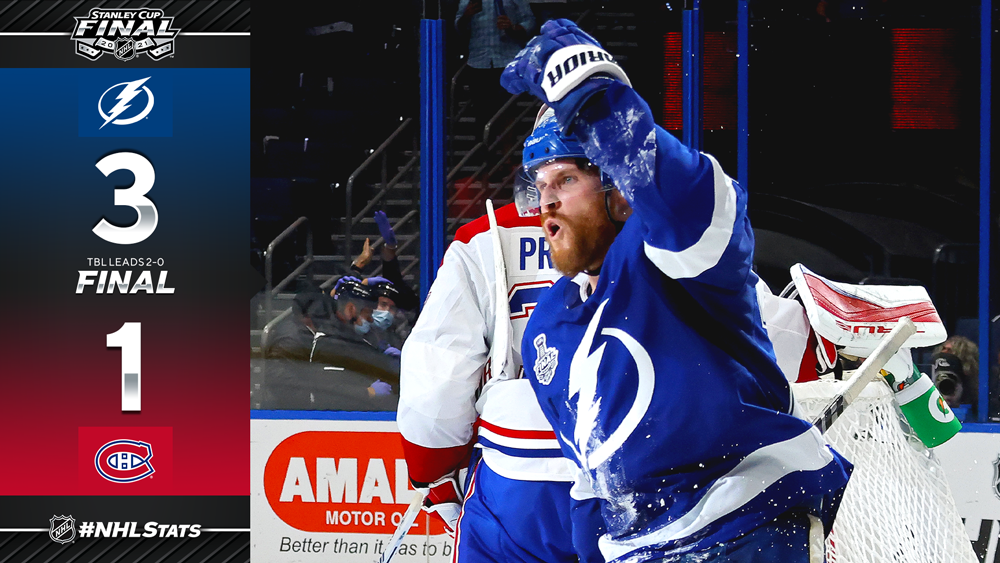 COLEMAN WOWS AMALIE ARENA AS LIGHTNING TAKE 2-0 LEAD IN FINAL
Blake Coleman’s highlight-reel, go-ahead goal at 19:58 of the second period – while falling to the ice – stood as the game winner as the Lightning took a 2-0 lead in a Stanley Cup Final for the first time in franchise history. Coincidentally, Coleman has scored two similar highlight-reel goals in his career: Game 2 of the 2020 Second Round and Oct. 4, 2019 (w/ NJD).

* Andrei Vasilevskiy (42 saves) recorded his sixth career playoff outing with 40-plus saves, already the most by a Lightning goaltender in franchise history. His four performances with 40 or more saves over the last two postseasons are also the most among all goaltenders, ahead of Darcy Kuemper and Semyon Varlamov (both w/ 3).

* Tampa Bay has taken a 2-0 lead in best-of-seven series for the ninth time in franchise history and own an 8-0 record in its previous eight scenarios. Among franchises that have taken a 2-0 series lead in a best-of-seven on five or more occasions, the Lightning are one of four without a series loss: Philadelphia (18-0), Anaheim (12-0) and New Jersey (10-0).

* The Lightning, with at least three goals in four of their last five games at AMALIE Arena, edged the Canadiens to secure their fifth straight home win – the longest home win streak in a single postseason in franchise history. 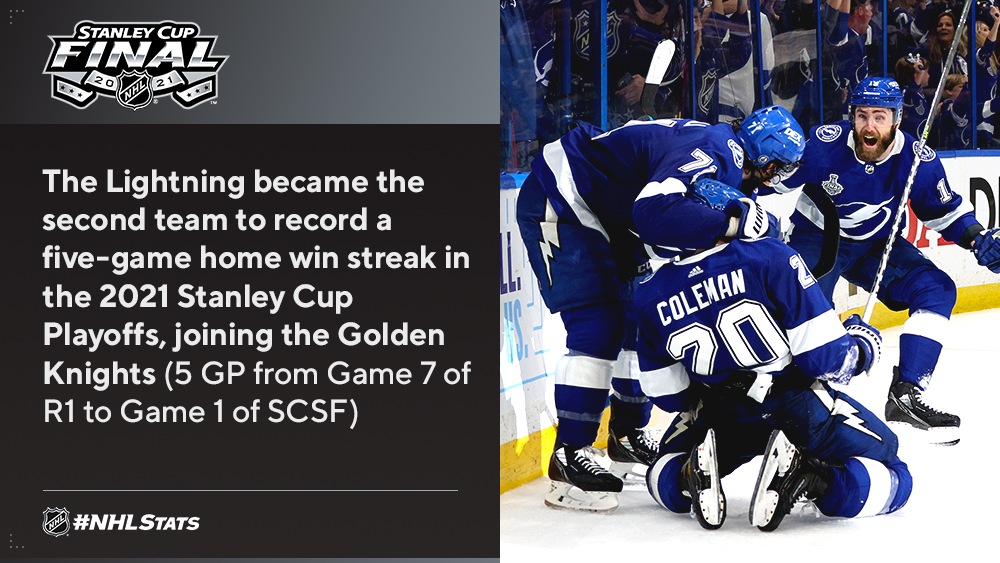 21-YEAR-OLD SUZUKI JOINS RARE COMPANY WITH 10TH CAREER PLAYOFF GOAL
Nick Suzuki (21 years, 324 days) scored the Canadiens’ only goal of the contest to boost his career totals in the postseason to 10-11—21 in 29 games. He became just the third player in Canadiens history to score 10 career playoff goals before his 22nd birthday, joining Claude Lemieux (14) and Stephane Richer (14). 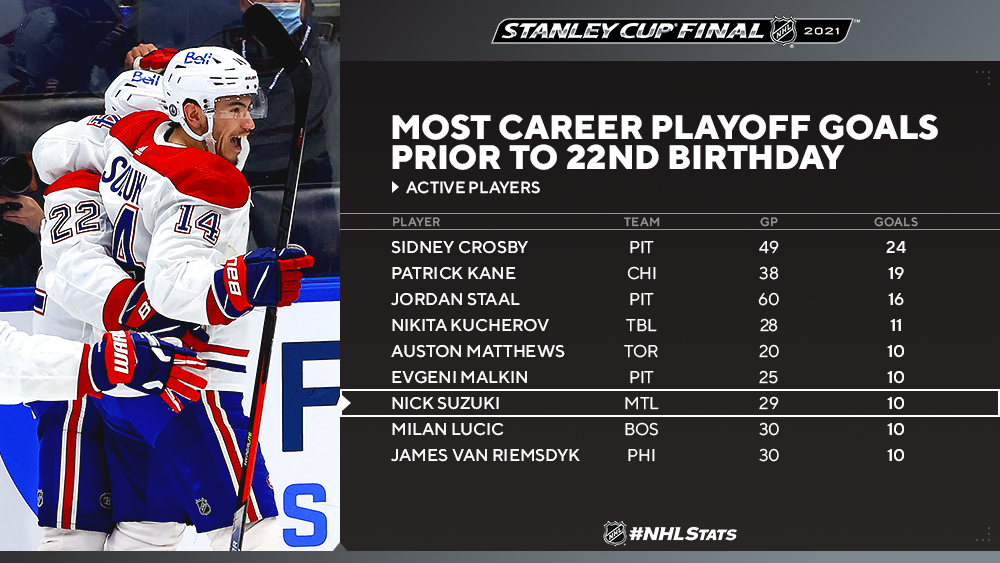 STANLEY CUP FINAL SHIFTS TO MONTREAL FOR GAME 3 ON FRIDAY
Montreal is set to host a Stanley Cup Final game for the first time in 28 years when the Canadiens host the Lightning at Bell Centre on Friday, July 2. 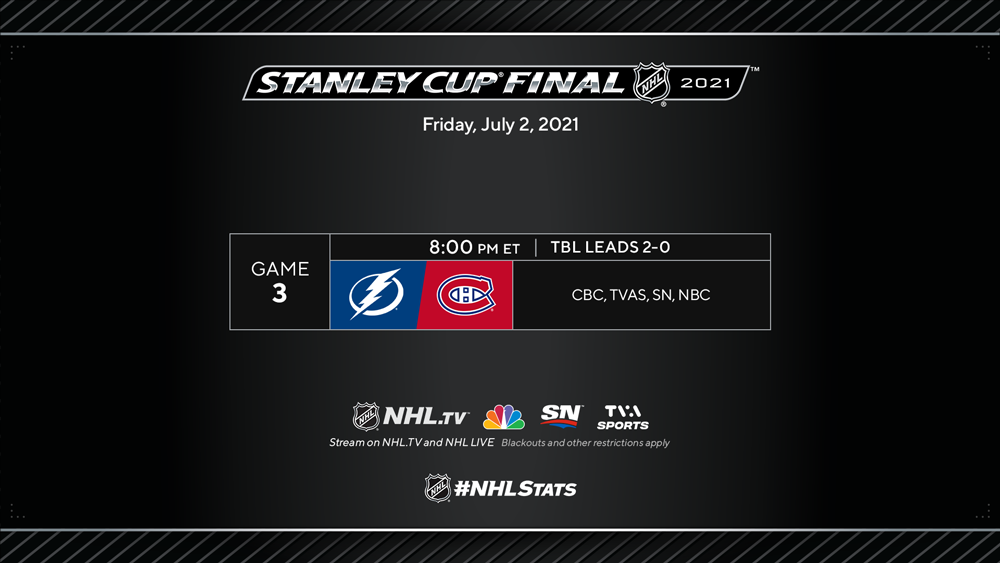