* The Blues have scored 12 goals through their first two games after putting up seven on Monday, including five in a span of 5:07. * Derick Brassard was one of six goal scorers for the Flyers and became the 11th player in NHL history to score at least once with nine or more franchises.

FIVE-GOAL, SECOND-PERIOD BURST PROPELS BLUES PAST COYOTES
The Blues benefited from five goals in a span of 5:07 of the second period, including two each from Jordan Kyrou (2-2—4) and Klim Kostin (2-0—2), and have outscored their opponents 12-7 through their first two games of 2021-22. 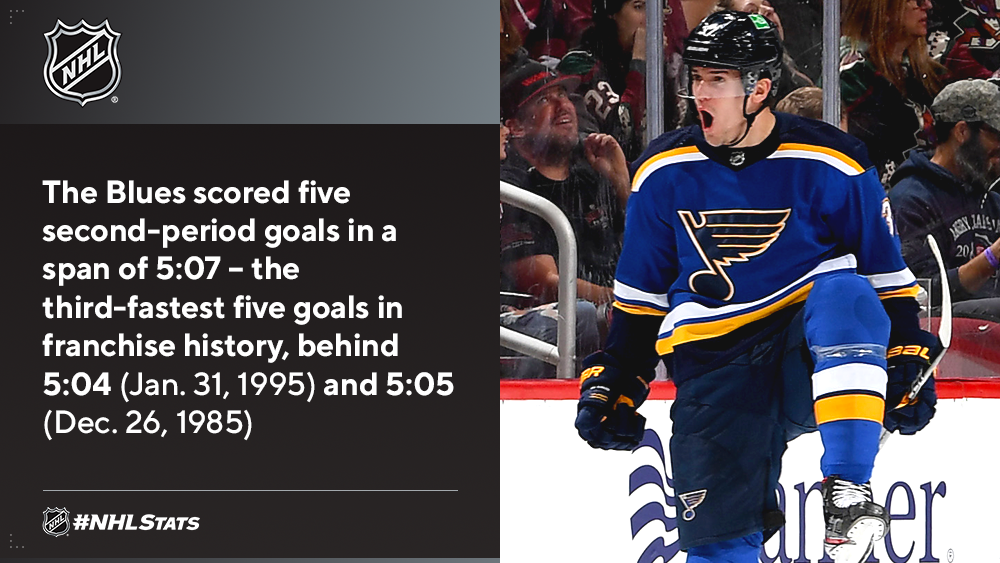 FLYERS SCORE EARLY AND OFTEN FOR FIRST WIN OF 2021-22
Derick Brassard (1-2—3) was one of six different goal scorers and Carter Hart (23 saves) earned his 50th career win in the effort as the Flyers earned their first victory of the season. After Philadelphia scored four times in its season opener, the club has tallied 10-plus goals through its first two games of a season for the ninth time in franchise history and second in as many years (11 in 2020-21).

* Brassard, who signed with the team as a free agent on Aug. 25, became the 11th player in NHL history to score a goal with at least nine franchises (also CBJ, NYR, OTT, PIT, FLA, COL, NYI, ARI). 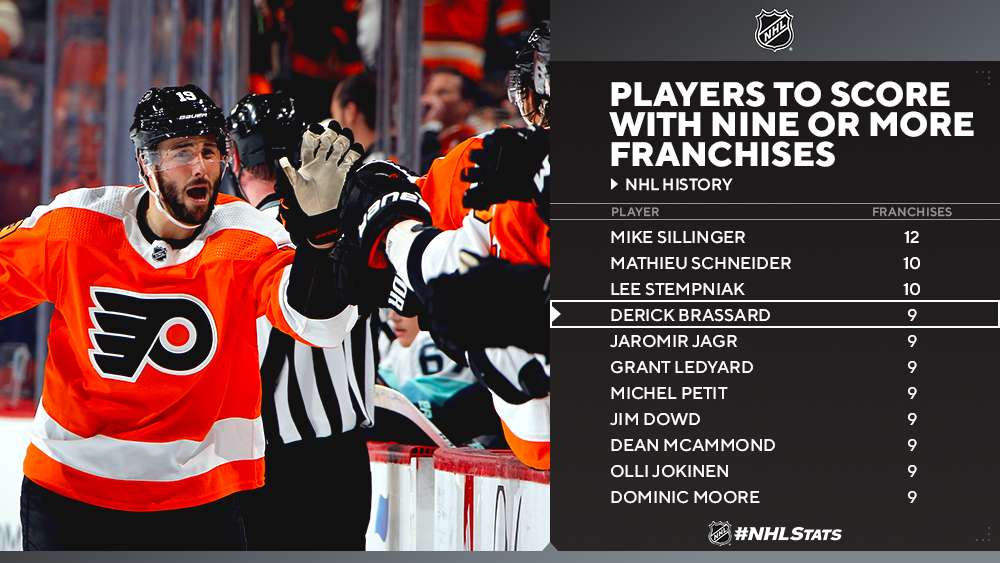 * Among goaltenders to debut with the Flyers, Hart (23 years, 66 days) became the youngest goaltender at the time of their 50th win with the franchise and required the sixth-fewest games to reach the mark. 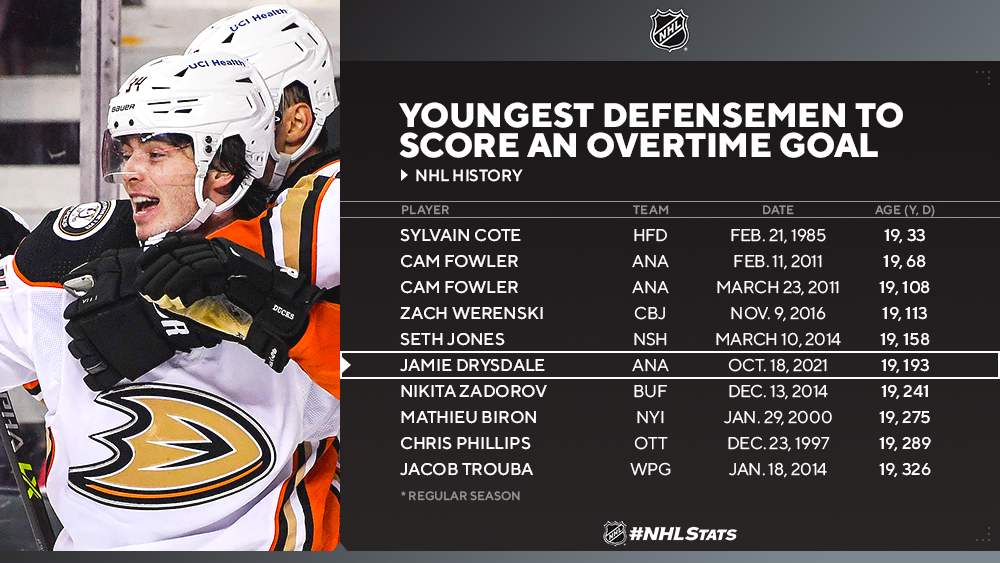 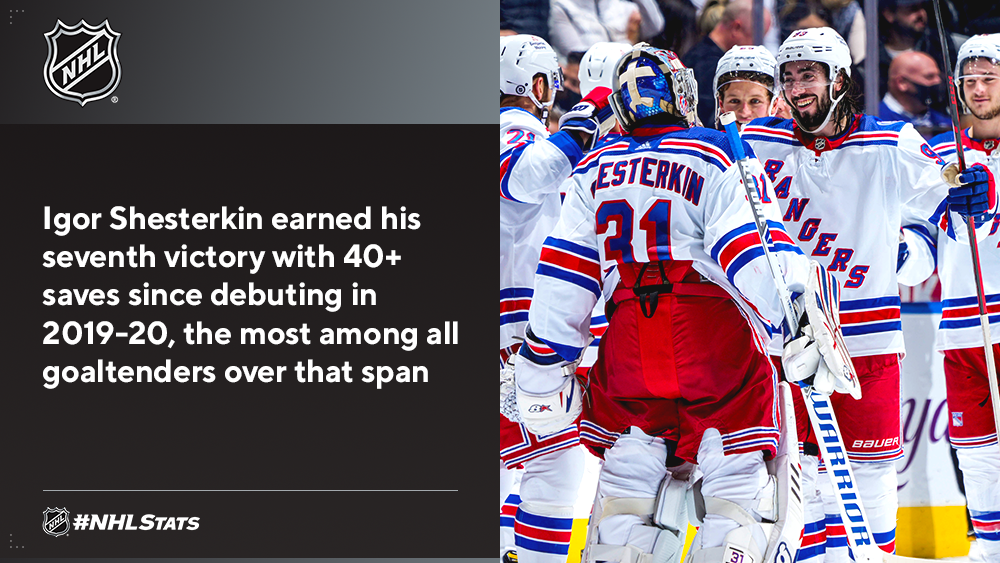 “THREE STARS” LOOK TO CARRY OVER WEEK 1 SUCCESS
The NHL’s “Three Stars” for the week ending Oct. 17 all are in action Tuesday, with captains Anze Kopitar, Alex Ovechkin and Steven Stamkos looking to keep their hot starts rolling. Tuesday’s 11-game slate will see the Blue Jackets, Panthers, Oilers, Sabres and Wild put their 2-0-0 records on the line and the Blackhawks battle the Islanders for win No. 1 on ESPN. 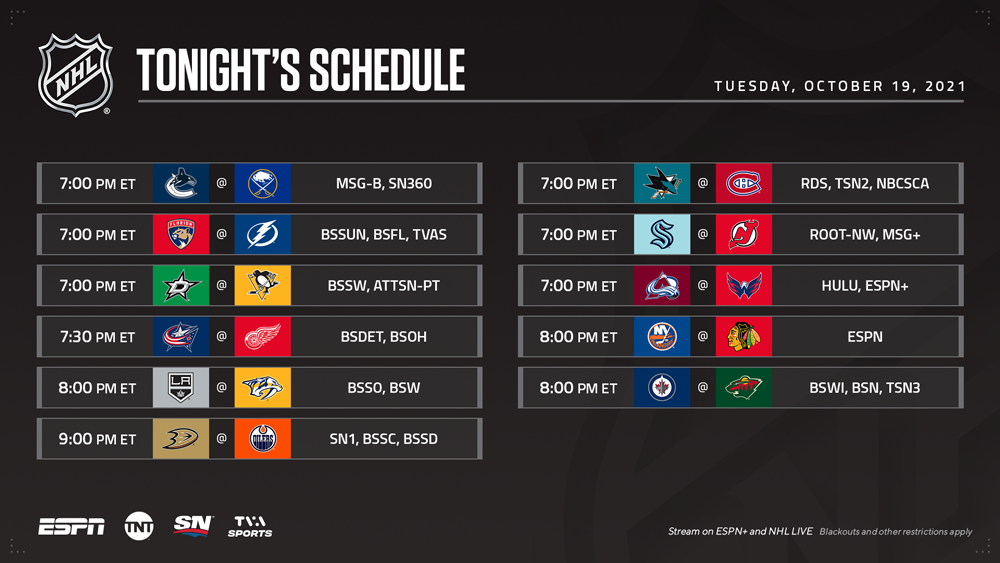 * Kopitar has 4-3—7 through Los Angeles’ first two games of the season. He can become the first player to reach the 10-point mark in three games or fewer since 1990-91. 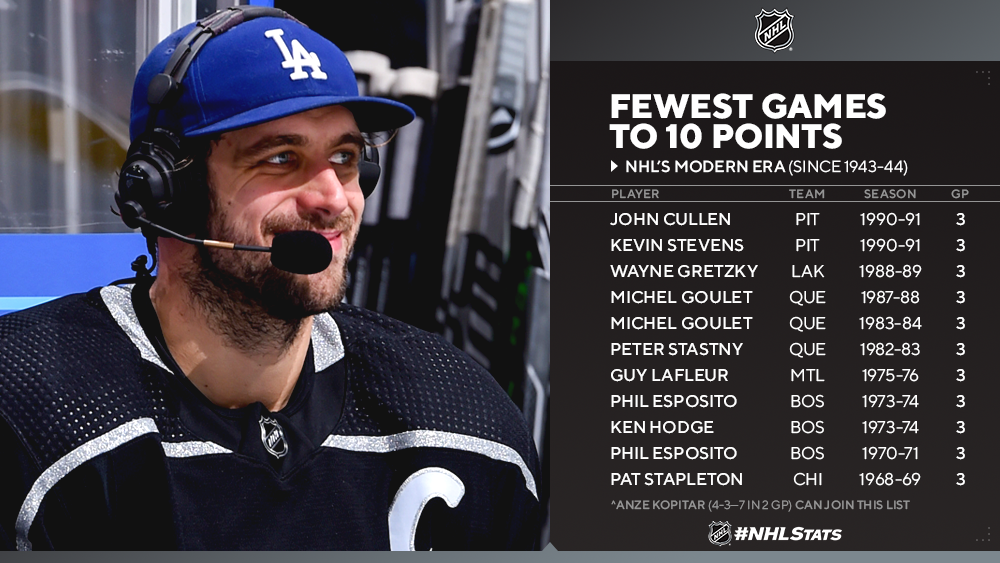 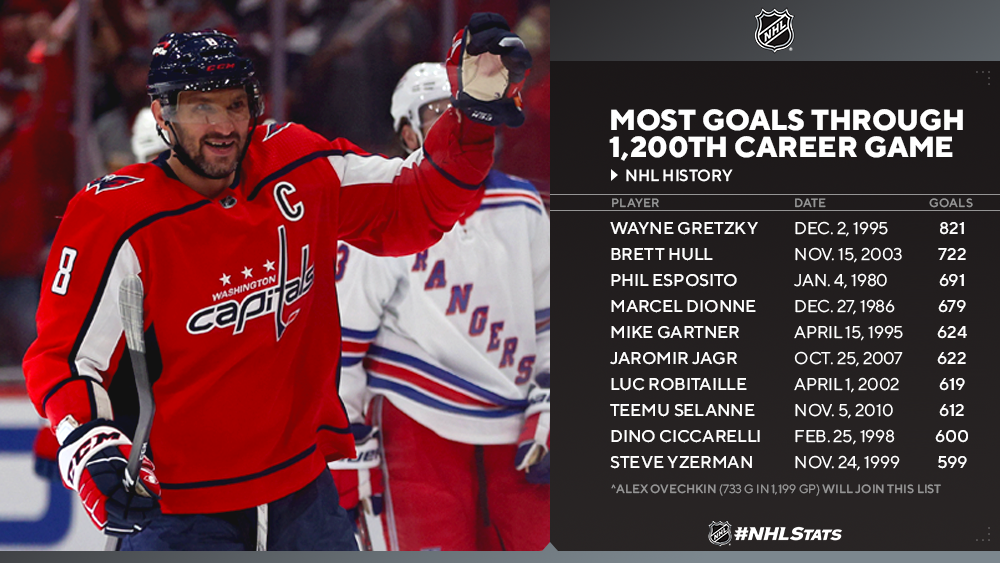 * Stamkos can become the first player in Lightning history to record multiple points in each of the team’s first four or more games of a season. Stamkos (3-4—7 in 3 GP) and Brayden Point (3-4—7 in 3 GP in 2017-18) are the only Tampa Bay players to begin a campaign with three consecutive multi-point showings. 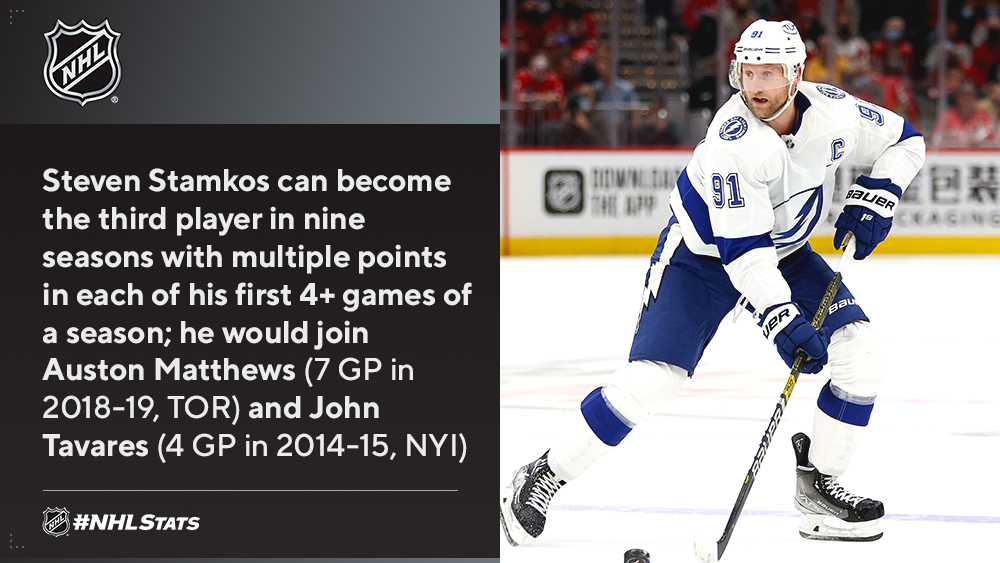