* The Panthers improved to 10-0-1 while simultaneously snapping the Hurricanes’ season-opening winning streak at nine games.* Moritz Seider scored the overtime winner to record the first tally of his NHL career and power the Red Wings to a multi-goal comeback victory.

PANTHERS SCORE EARLY AND OFTEN, HAND HURRICANES FIRST LOSS OF 2021-22
In a first-of-its-kind contest between two streaking clubs to start the season, Anthony Duclair (2-2—4) factored on three of Florida’s four first-period goals as the Panthers (10-0-1, 21 points) became the first team to defeat the Hurricanes (9-1-0, 18 points) in 2021-22. 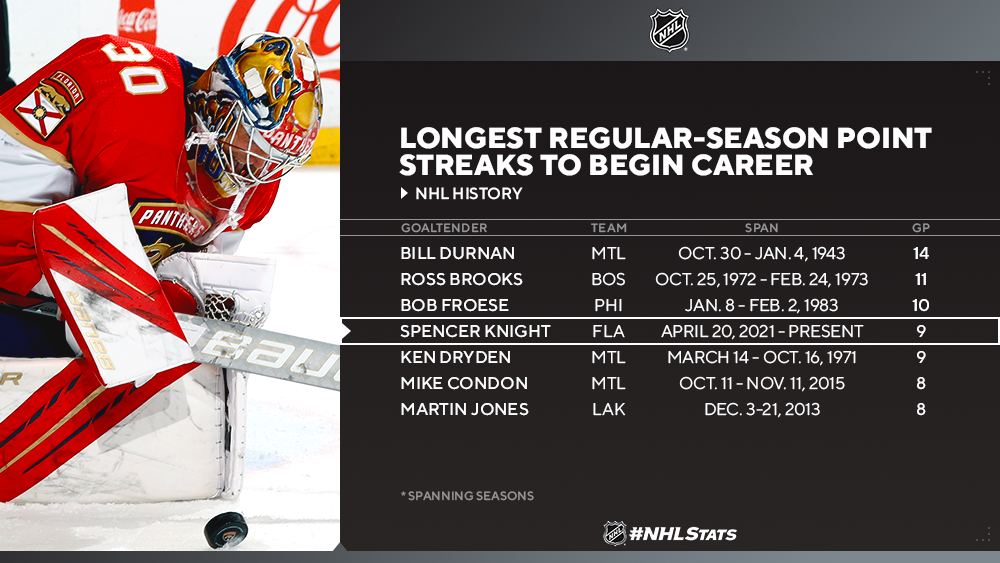 * Bertuzzi’s two third-period goals in a span of 1:30 set the stage for Seider (1-9—10 in 12 GP) in overtime. He became the second player – and first defenseman – in franchise history to score his first career goal in overtime, joining Mud Bruneteau (Dec. 14, 1935). 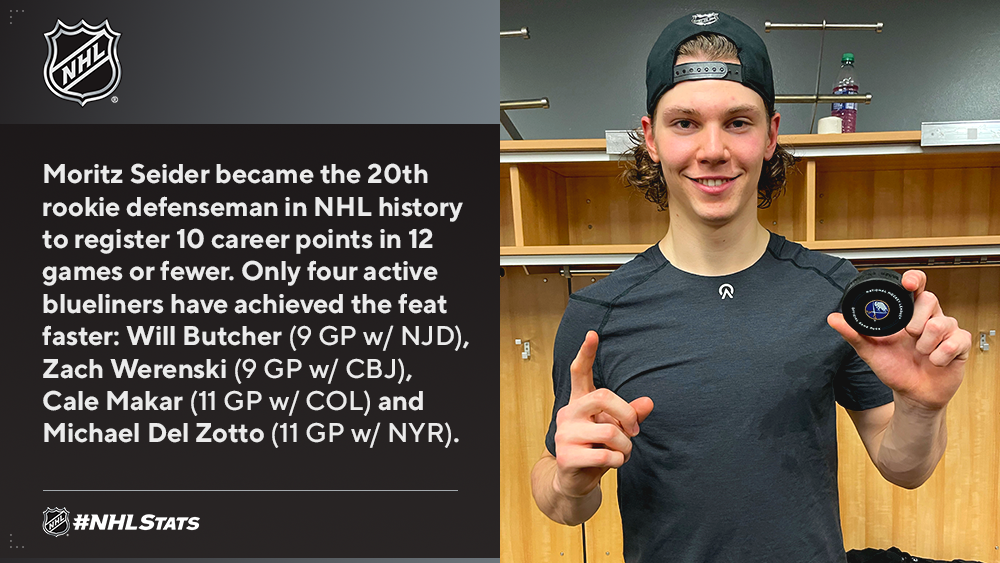 . . . WHILE WILD ALSO EARN THRILLING MULTI-GOAL COMEBACK WIN
Kirill Kaprizov (1-1—2) factored on two goals and Ryan Hartman scored a game-tying marker at 19:57 of the third period as Minnesota mounted a multi-goal comeback win for the second time this season (also Oct. 19 vs. WPG) – the most among all teams.

* Kaprizov recorded his 60th and 61st career regular-season points (29-32—61 in 65 GP). He required the fewest games to reach 60 points among players to debut with the Wild (all w/ MIN), shattering the previous mark set by Marian Gaborik (93 GP). 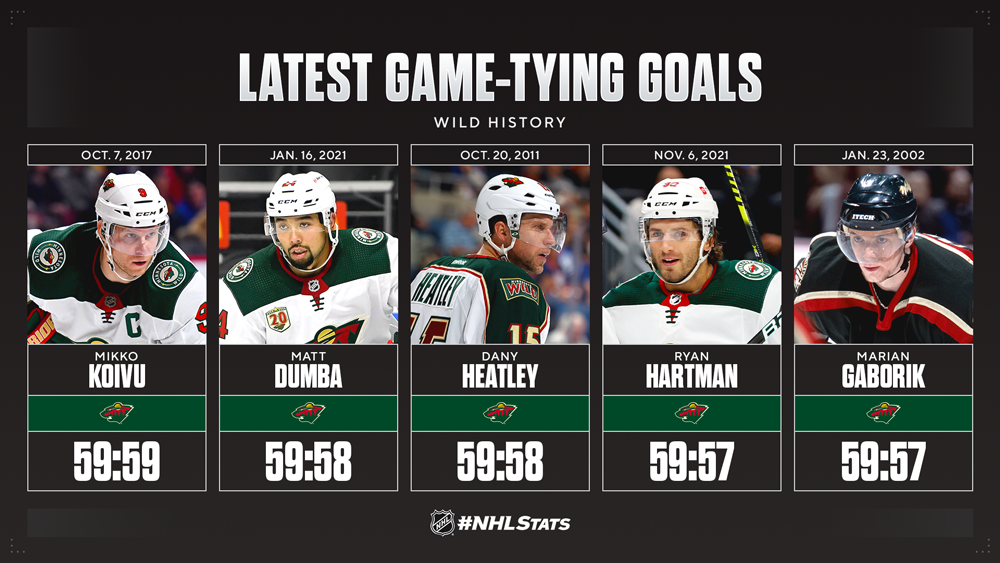 * Jacob Markstrom, who recorded his League-leading fourth shutout of 2021-22, became the fifth goaltender in the NHL’s expansion era (since 1967-68) with four through his first five wins in a season and first since Pascal Leclaire in 2007-08 (w/ CBJ). 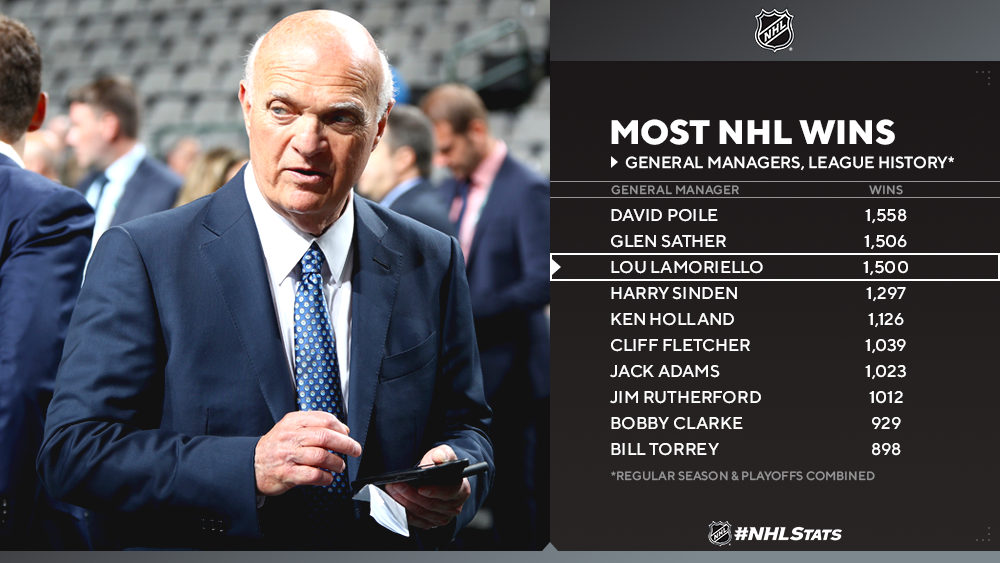 SUNDAY’S SLATE INCLUDES PARISE’S RETURN TO MINNESOTA
The five games on tap for Sunday include the Canucks hosting Hockey Fights Cancer night with a special focus on the legacy of Canadian hero Terry Fox and The Terry Fox Foundation, as well as Islanders forward Zach Parise returning to Minnesota to face the Wild for the first time since signing with New York as a free agent on Sept. 10. Parise, a Minneapolis, Minn. native, spent the previous nine seasons with the Wild and ranks among the top three in franchise history for regular-season goals (3rd; 199) and points (3rd; 400). 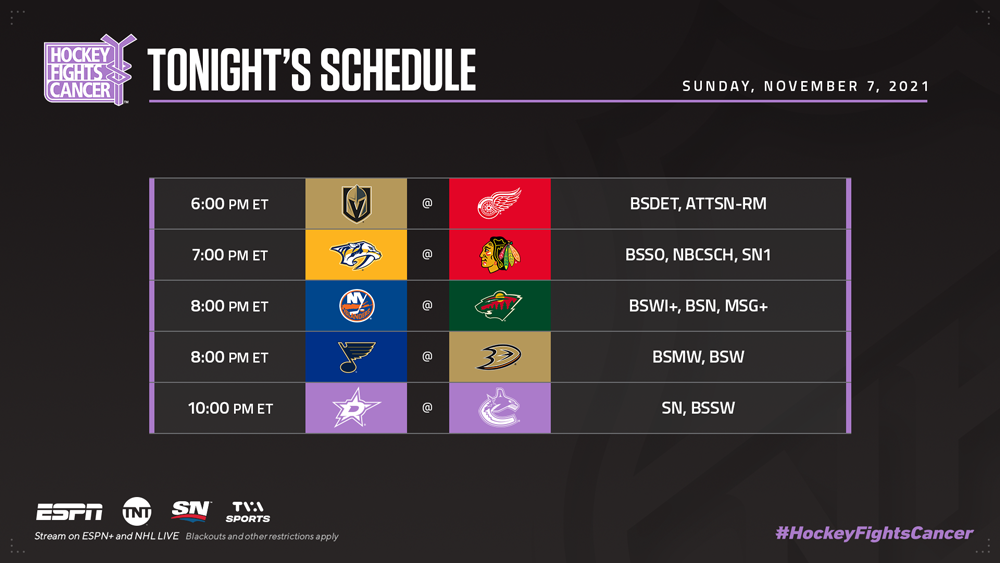