* The Hurricanes kept their perfect record intact as the club improved to 9-0-0 and tied the Canadiens (2015-16) for the second-longest season-opening win streak in NHL history.

* Cole Sillinger (18 years, 172 days) became the youngest Blue Jackets player to record a three-point outing and the Blues scored a shorthanded game-tying goal with nine seconds remaining in regulation to round out Wednesday’s edition of #NHLStats: Live Updates.

HURRICANES, ANDERSEN KEEP THEIR PERFECT STARTS INTACT
Frederik Andersen earned his NHL-leading eighth win of the season – the fourth-longest win streak to start a campaign in NHL history – and helped the Hurricanes secure their ninth straight win to start 2021-22. Wednesday marked Carolina’s 45th regular-season victory in the 2021 calendar year, which is tied with Florida for the most by any club. 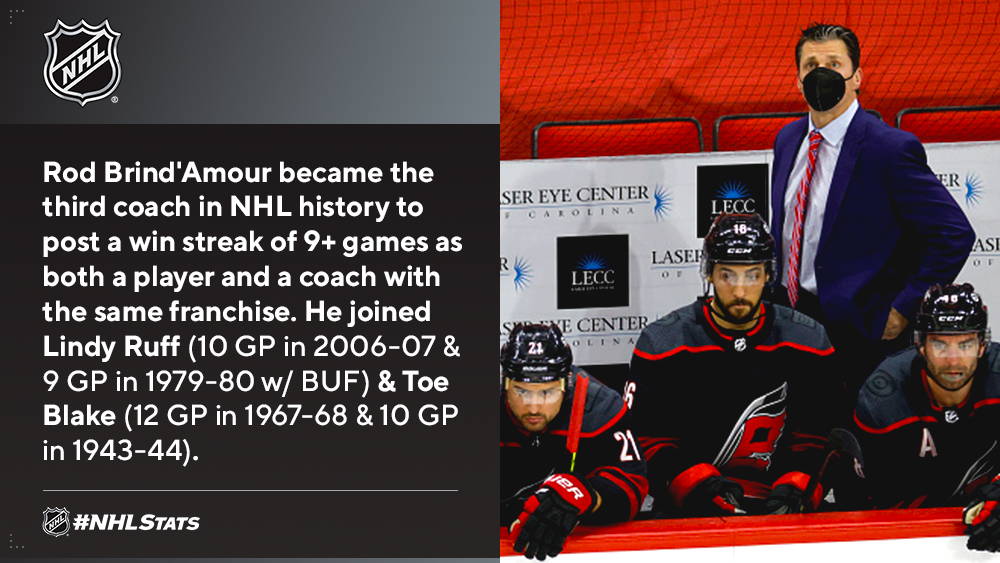 DRAISAITL RECORDS NHL-LEADING 20TH POINT OF 2021-22
Leon Draisaitl (2-1—3) recorded his fifth three-or-more point outing of the season and became the first player to reach the 20-point mark in 2021-22, while Connor McDavid (0-2—2) extended his season-opening point streak to nine games to help Edmonton improve to 8-1-0. 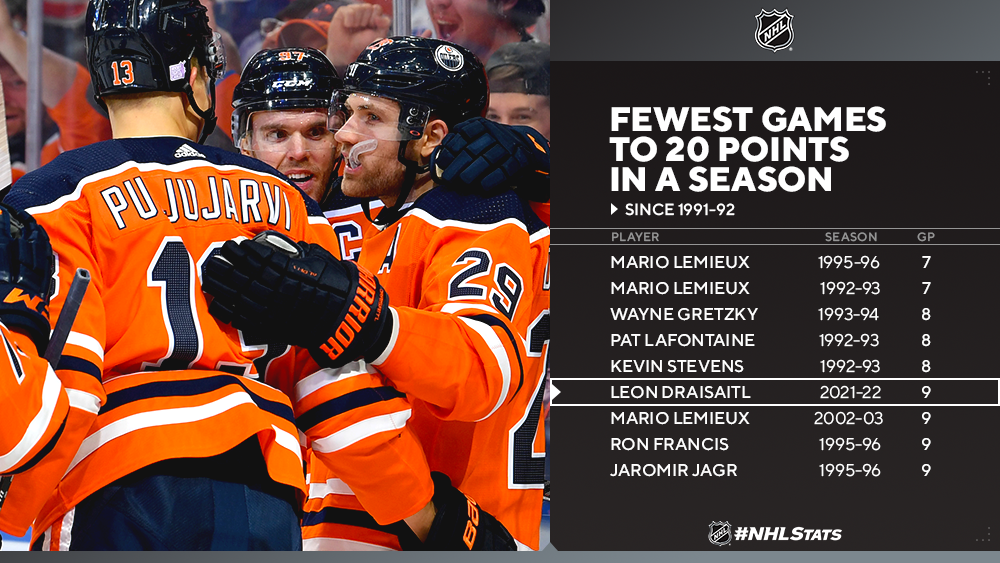 * McDavid became the fourth player in franchise history to record a season-opening point streak of nine or more games. 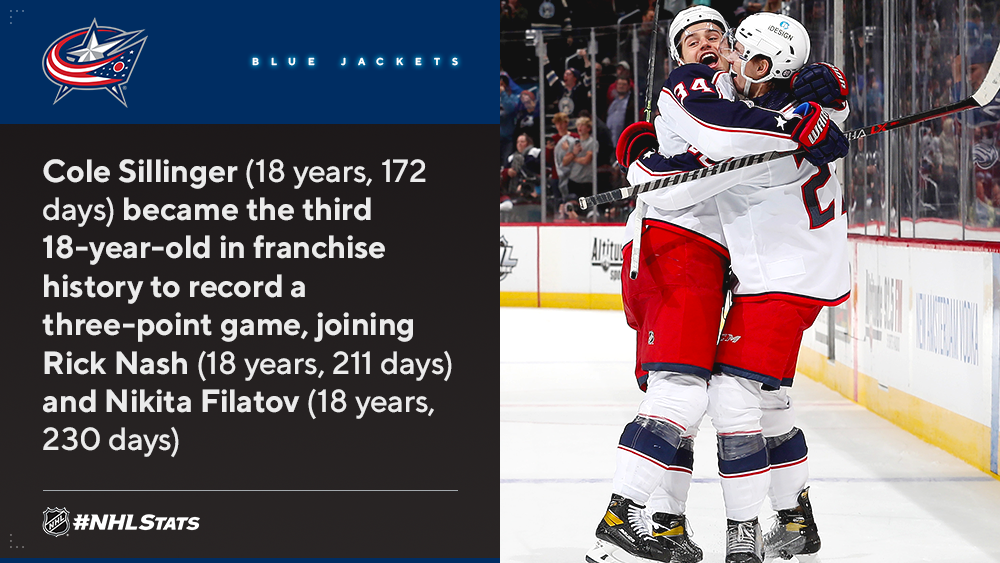 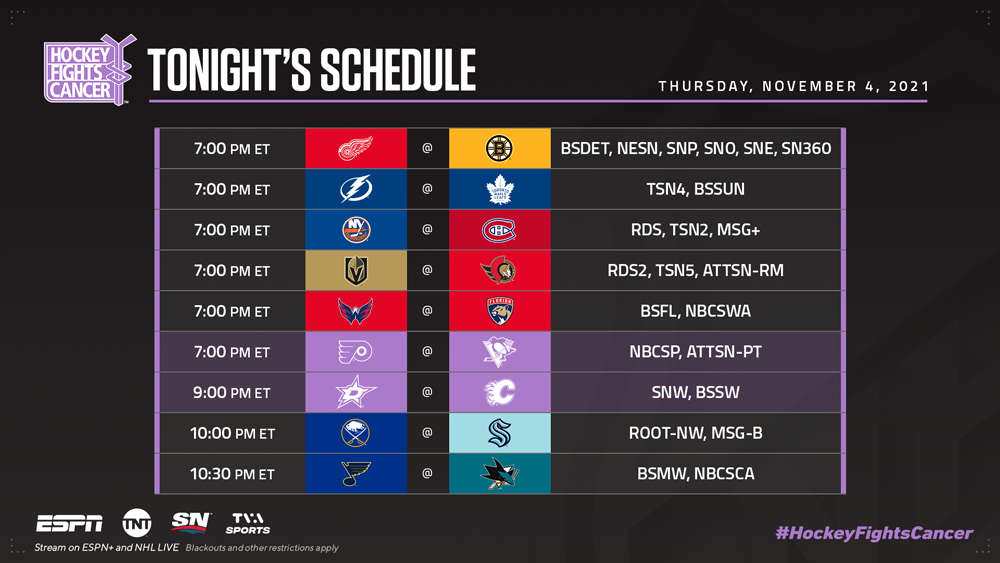 * Carter’s teammate, Brian Boyle, registered a career outing on a previous Hockey Fights Cancer Awareness Night as a member of the Devils and coincidentally against the Penguins on Nov. 5, 2018. Just 12 days after announcing his cancer was in remission, Boyle recorded his first career hat trick. 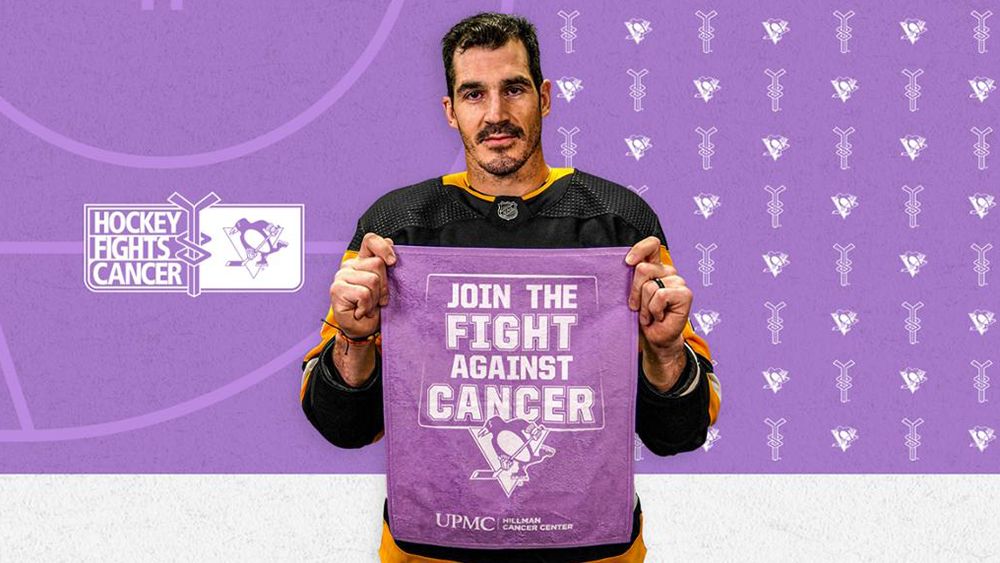 * The Flames’ Hockey Fights Cancer Awareness Night will include Dan Joyce, a country singer and lifelong Flames fan battling cancer, joining George Canyon for the national anthem and 16-year-old Aman Ravji, who was diagnosed with osteosarcoma in November 2019, participating in various game activations throughout the evening. 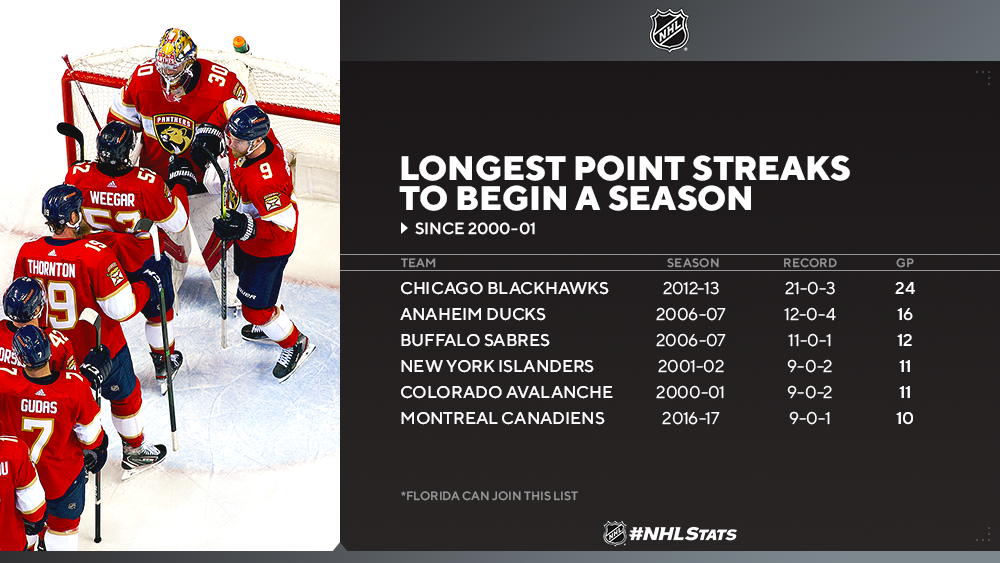