* Seattle tallied seven times, including two on the penalty kill, and became the seventh expansion team to record multiple shorthanded goals in a game.

* Canucks defenseman Quinn Hughes and Sabres blueliner Rasmus Dahlin each reached the 100-assist milestone and became the first two players from the 2018 NHL Draft class to hit the mark.

* The two teams responsible for the last three Stanley Cup victories will face off on an eight-game Tuesday, when the Blues host the Lightning at Enterprise Center on ESPN+ and HULU.

Carson Soucy (1-0—1) and Brandon Tanev (1-2—3) each scored shorthanded in the first period to help the Kraken tally seven goals in a game for the first time. Monday marked Seattle’s fourth win in its past five games and its first consecutive victories on the road this season (also 4-1 at FLA on Nov. 27). 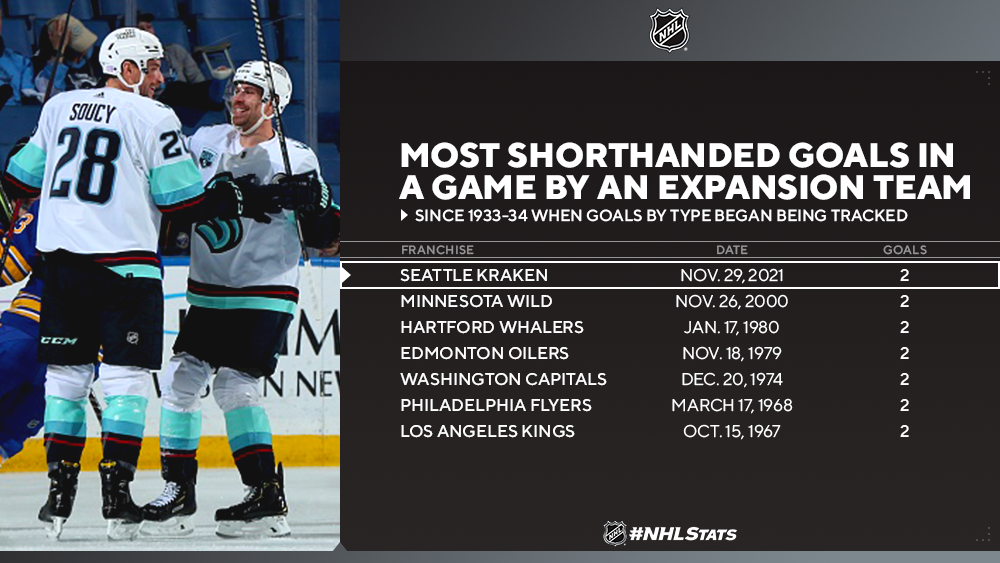 * Hughes (151 GP) required the second-fewest games in franchise history to reach the 100-assist mark behind Barry Pederson (147 GP) and bested the next-closest Canucks blueliner by 73 contests (Kevin McCarthy in 224 GP). 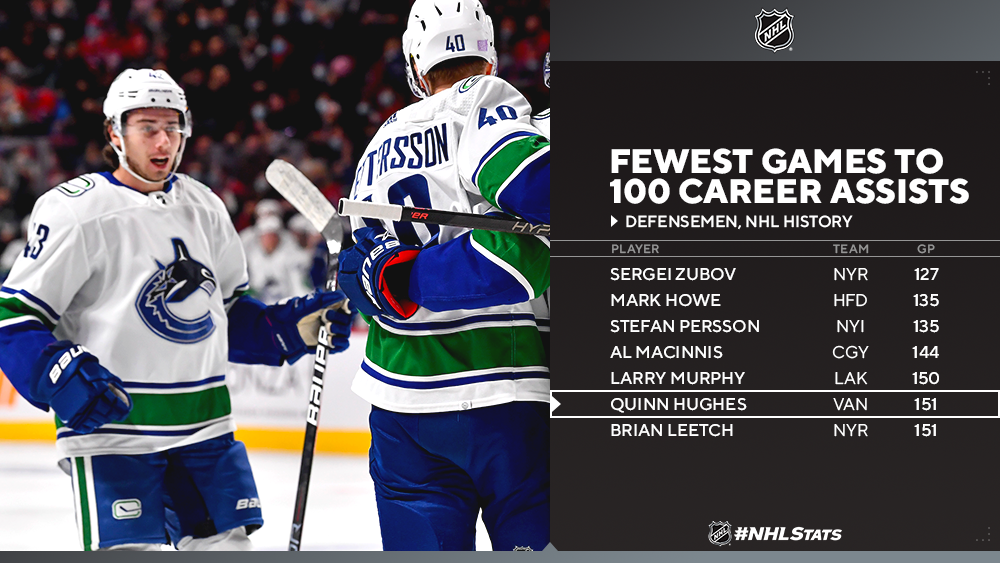 * Dahlin (219 GP) required the second-fewest games to record 100 career assists among defensemen to debut with the Sabres, behind only Phil Housley (160 GP).

Karel Vejmelka made 46 saves to earn his first career shutout, which marks the most in a shutout performance by any goaltender this season and the second most in Coyotes/Jets history behind Mike Smith (54 saves on April 3, 2012). Click here for more notes from all four games Monday in the latest edition of #NHLStats: Live Updates. 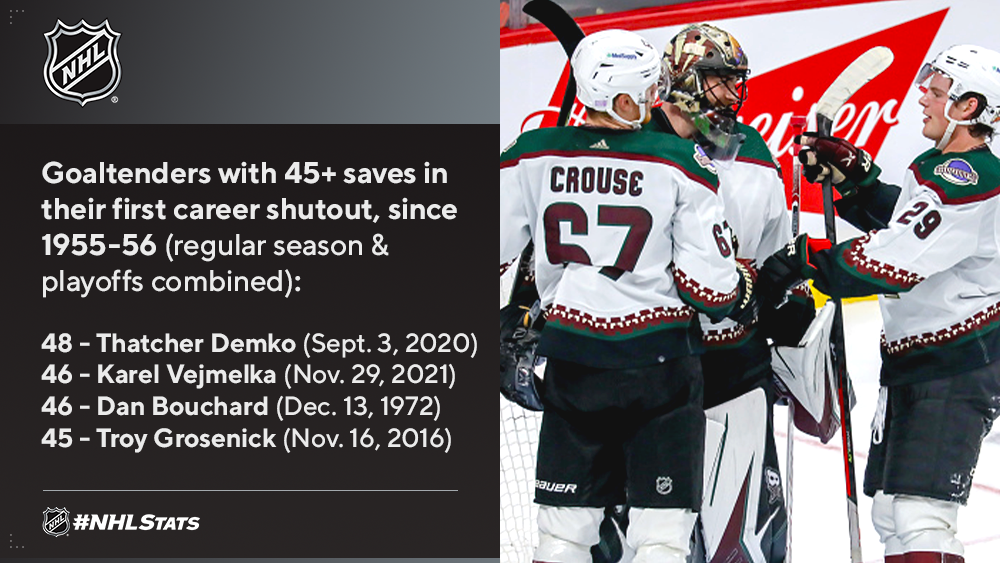 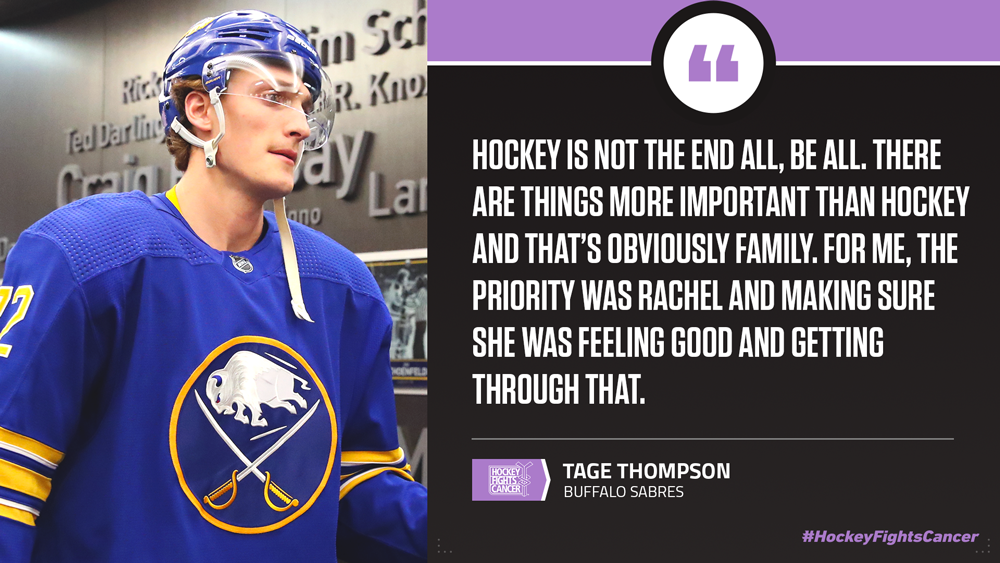 Joe Pavelski, with multiple points in each of his last two games, and Braden Holtby, who could appear in his 500th career contest, look to lead the Stars (10-7-2, 22 points) to their fifth straight win when the Hurricanes (15-4-1, 31 points) visit American Airlines Center. 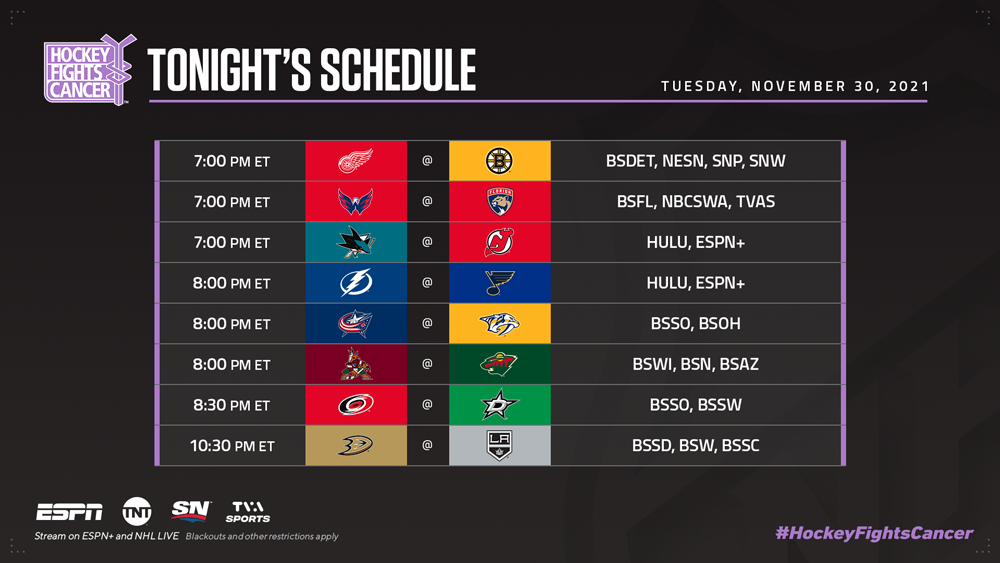 * Holtby, who already required the third-fewest games in NHL history to record his 200th career win, can become the 10th active goaltender to appear in 500 career contests should he play Tuesday. In the process, he can also eclipse an NHL legend if he collects victory No. 293. 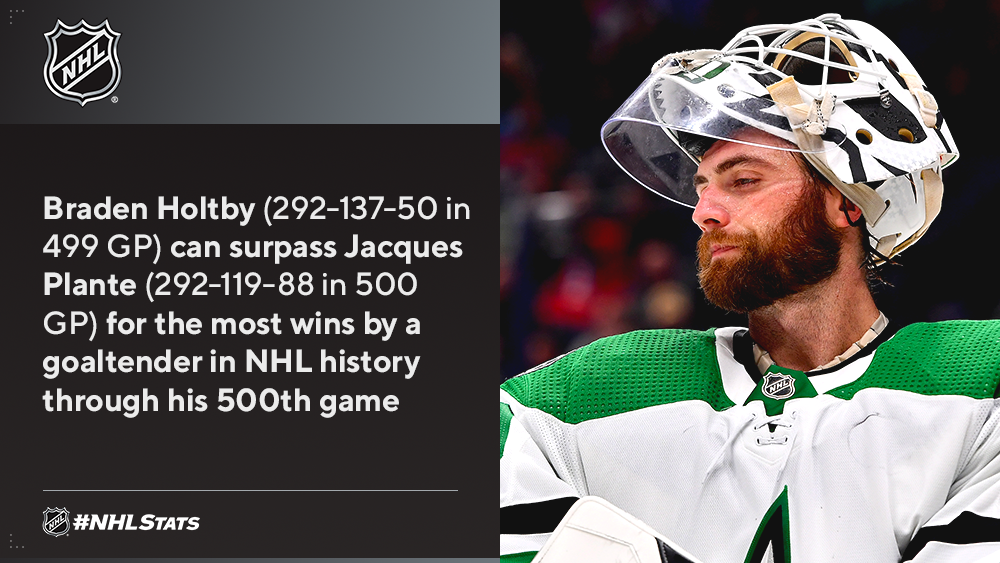 The two teams responsible for the last three Stanley Cup victories will face off when the Blues host the Lightning at Enterprise Center on ESPN+ and HULU. The Blues are 4-0-0 in their last four meetings with the Lightning dating to Feb. 7, 2019, while Tampa Bay has posted a 7-2-1 record over its last 10 games.