* The Flames (12-3-5, 29 points) scored five to boost their lead atop the Western Conference and accumulate the highest point total through their 20-game mark of a season in exactly 20 years.* Steven Stamkos notched 1-2—3 for the 80th three-point performance of his career – a feat only six active players have accomplished – and Andrei Vasilevskiy (34 saves) blanked the Flyers for his first shutout of the season.

* Fourteen games highlight the NHL schedule, which will mark the busiest Wednesday of the 2021-22 season as a number of win streaks, point streaks and milestones are on the line.

Matthew Tkachuk (1-0—1) scored the game winner as one of Calgary’s five goals to extend the club’s point streak to seven games (5-0-2) and boost the Flames’ (12-3-5, 29 points) lead atop the Western Conference. 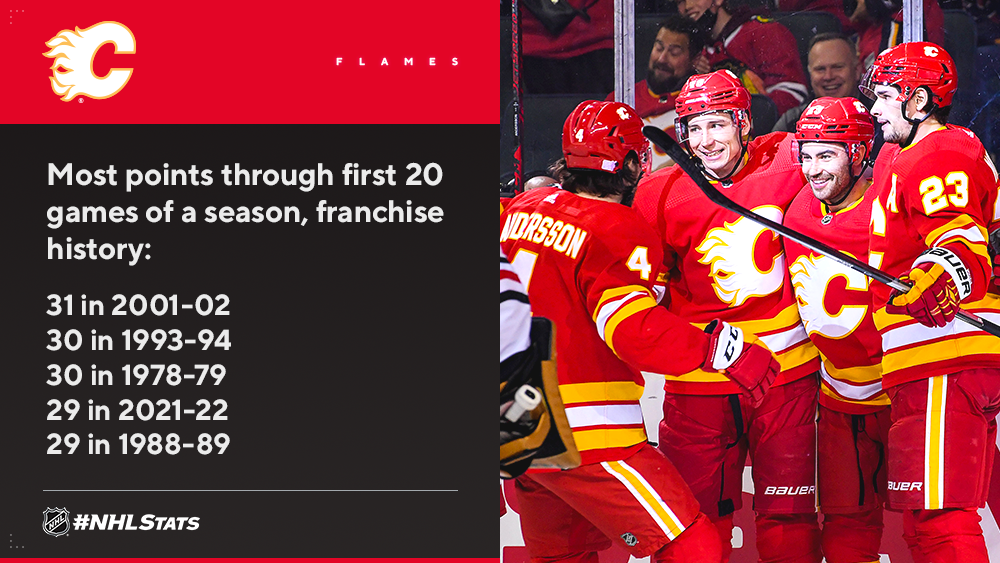 STAMKOS, VASILEVSKIY SHINE IN LIGHTNING WIN
Steven Stamkos (1-2—3) collected three points, while Andrei Vasilevskiy turned aside all 34 shots he faced to blank the Flyers and record his first shutout of the season. Tampa Bay extended its win streak against Philadelphia to nine games dating to Jan. 25, 2018 – its longest active such run against one opponent. 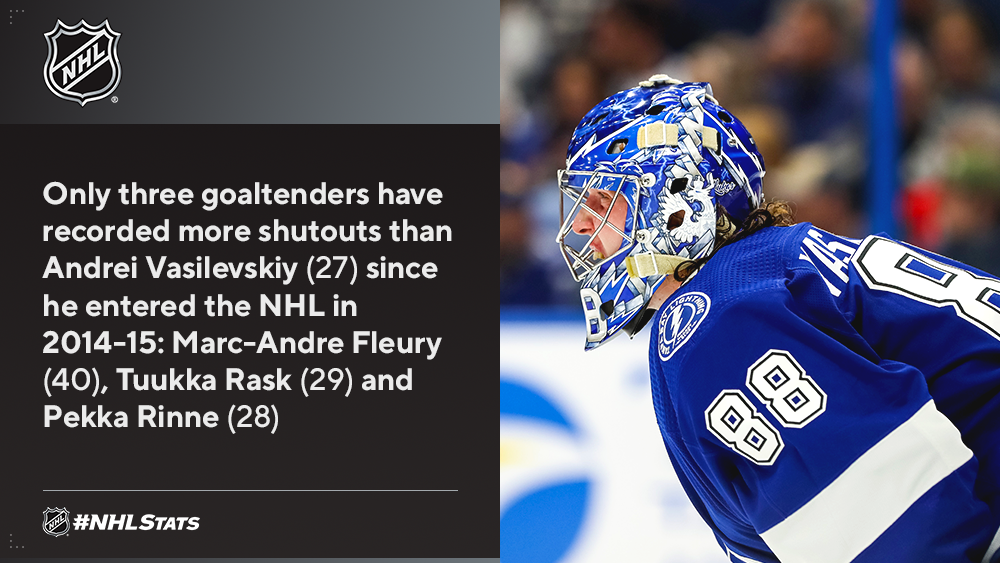 John Klingberg (0-3—3) doubled his point total after entering Tuesday with only three assists through the first 12 games of 2021-22, marking the 14th three-point outing of his career on the night Dallas hosted its Hockey Fights Cancer Awareness Night.

* Bekki Nill, wife of Stars general manager Jim, overcame a 22-year fight against cancer. Once she rebounded from the 2011 diagnosis, her efforts shifted toward making connections and helping others facing cancer challenges. Click here to read more about her story. 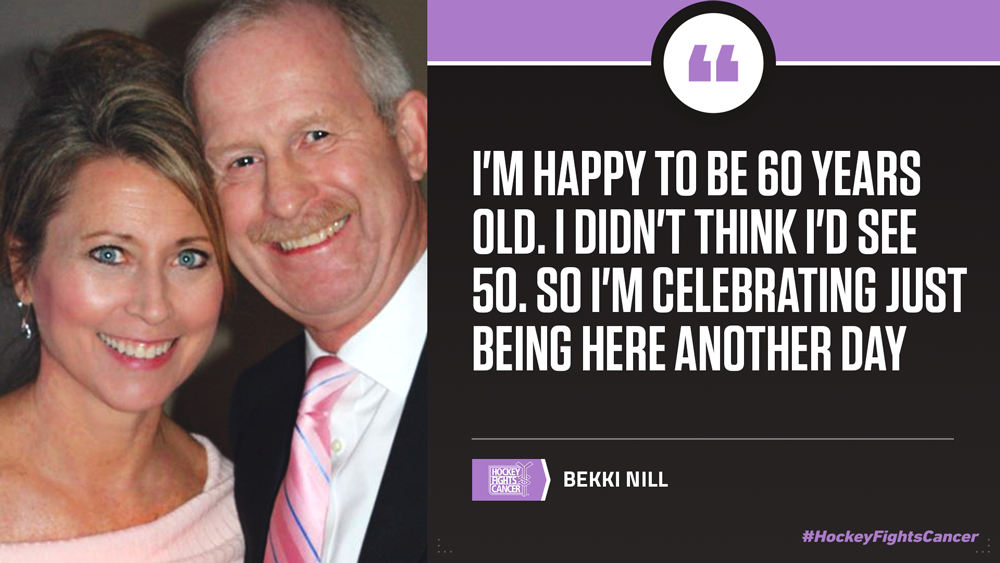 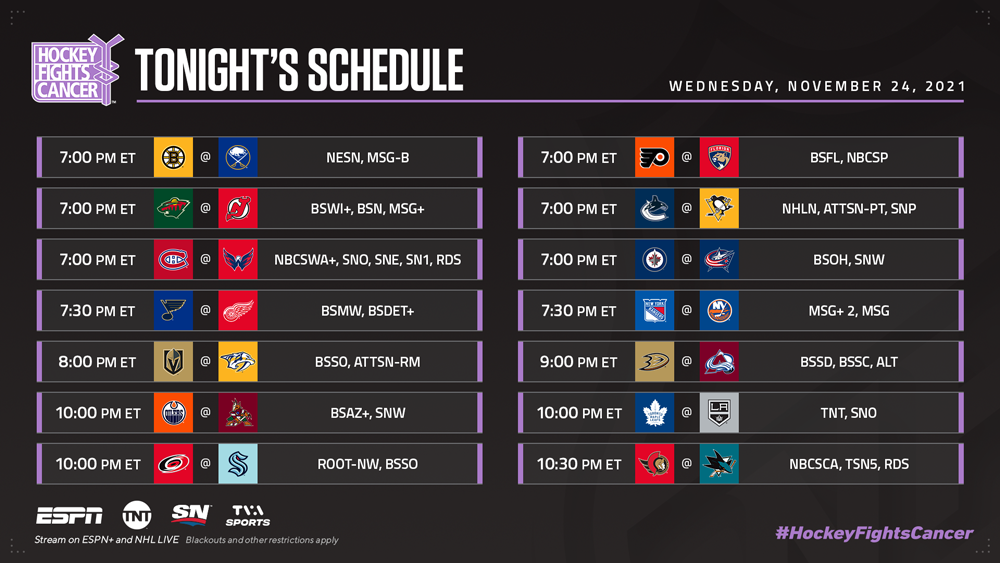 * Colorado, with wins in each of its last four meetings against Anaheim, enters Wednesday with the NHL’s longest active win streak (5-0-0 dating to Nov. 11) after scoring seven goals in each of its last two contests. The Avalanche have never scored seven or more goals in three straight games – the last team to do so was the Mario Lemieux-led Penguins in 1995-96 (3 GP from Nov. 4-10, 1995).

* Cale Makar has scored a team-high five goals over Colorado’s five-game win streak, including two in each of his last two contests. 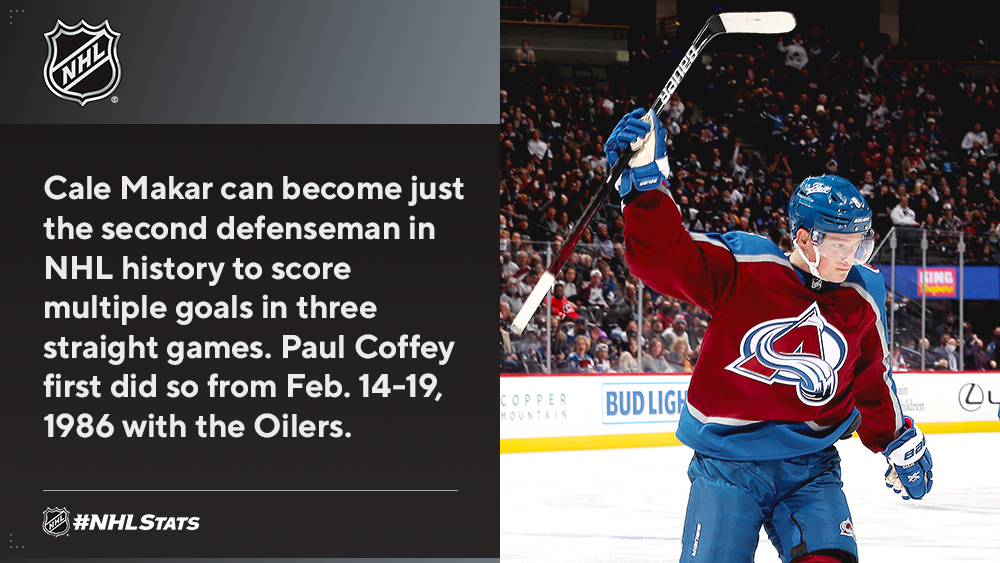 . . . WHILE GUENTZEL ALSO HOPES TO DO SO IN PITTSBURGH
Jake Guentzel eyes a sixth consecutive contest with a goal when his Penguins (8-6-4, 20 points) host the Canucks at PPG Paints Arena. Guentzel currently owns the NHL’s longest goal streak of 2021-22 (5-1—6 in 5 GP). 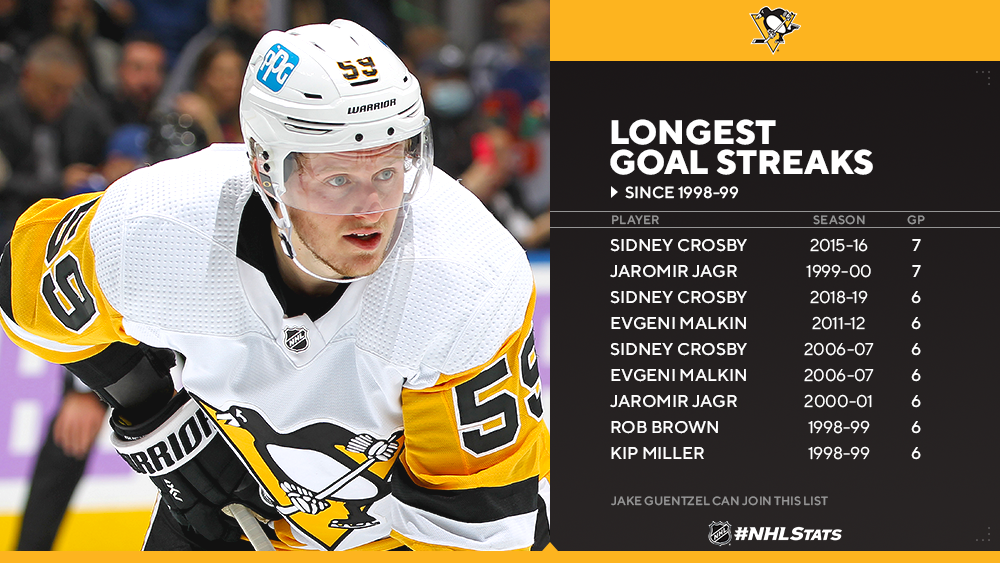 * Raymond (19 years, 241 days) has five points over his last five games (1-4—5) and leads all rookies with 19 points this season. Should the fourth overall pick in the 2020 NHL Draft find the score sheet against the Blues, he would join franchise icon and current general manager Steve Yzerman (17 GP in 1983-84) as just the second Red Wings teenager to collect his first 20 career points in 21 contests or fewer. 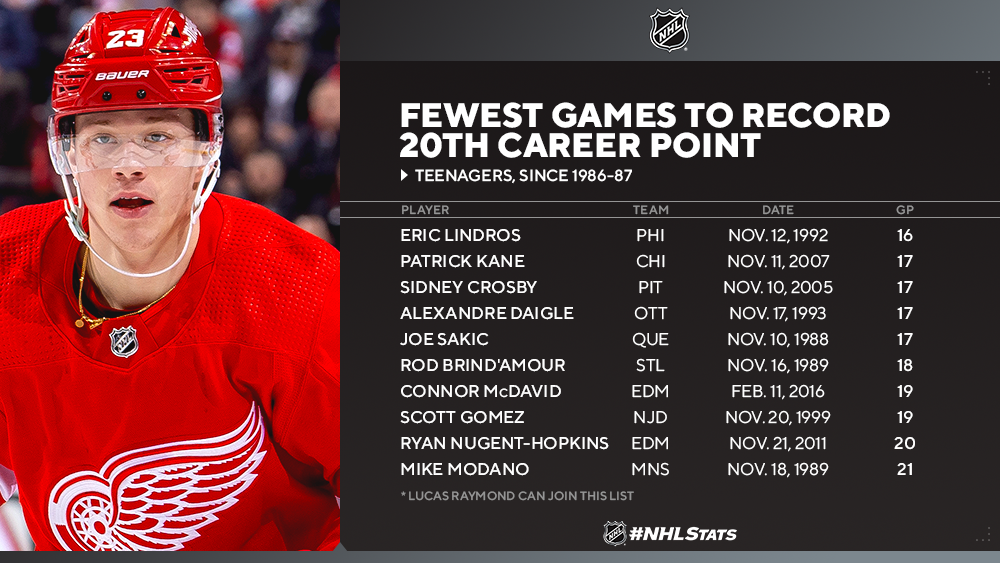