* The number of goals Alex Ovechkin now needs to pass Wayne Gretzky for the most in NHL history: 153. For context, he has 154 goals in his last 240 games played.
* The Maple Leafs rallied past the Flames to earn a come-from-behind win in the Hockey Hall of Fame Game at Scotiabank Arena. 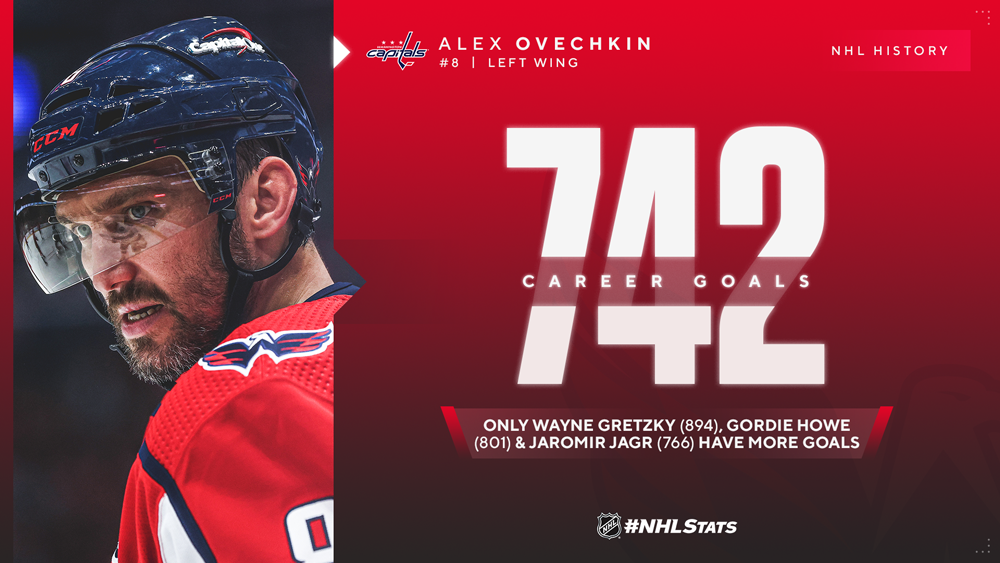 * ICYMI: Hull offered his congratulations and wished Ovechkin continued success in his ascent of the League’s all-time goals list. 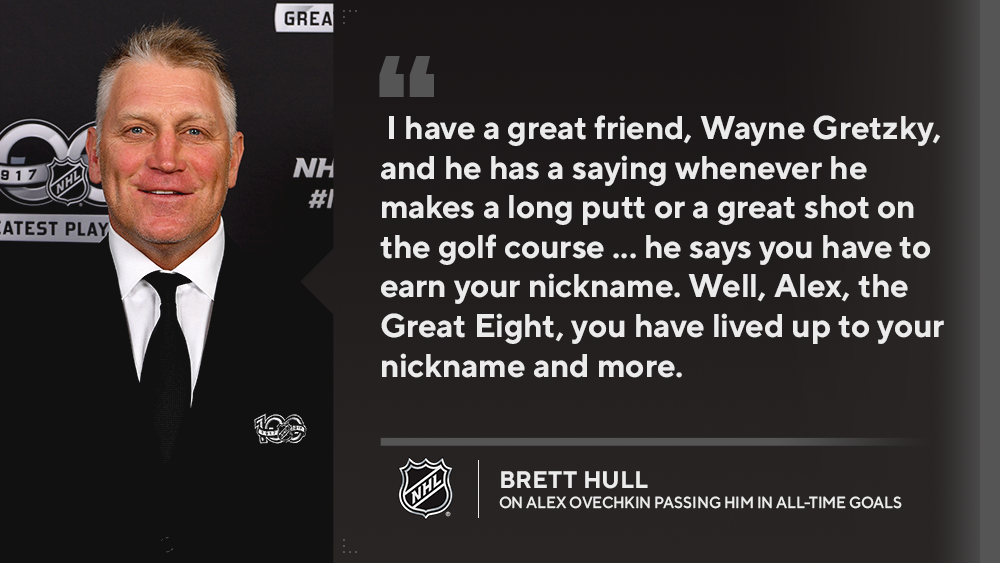 * Dylan Cozens recorded the first multi-goal outing of his NHL career as the Sabres stymied the Western Conference-leading Oilers to snap a five-game slide (0-4-1).

* Auston Matthews scored the eighth regular-season overtime goal of his NHL career and trails only one Maple Leafs icon for the most in franchise history.

* Connor McDavid found the score sheet for the 13th time in as many games this season and now needs just one regular-season point for 600 in his NHL career. 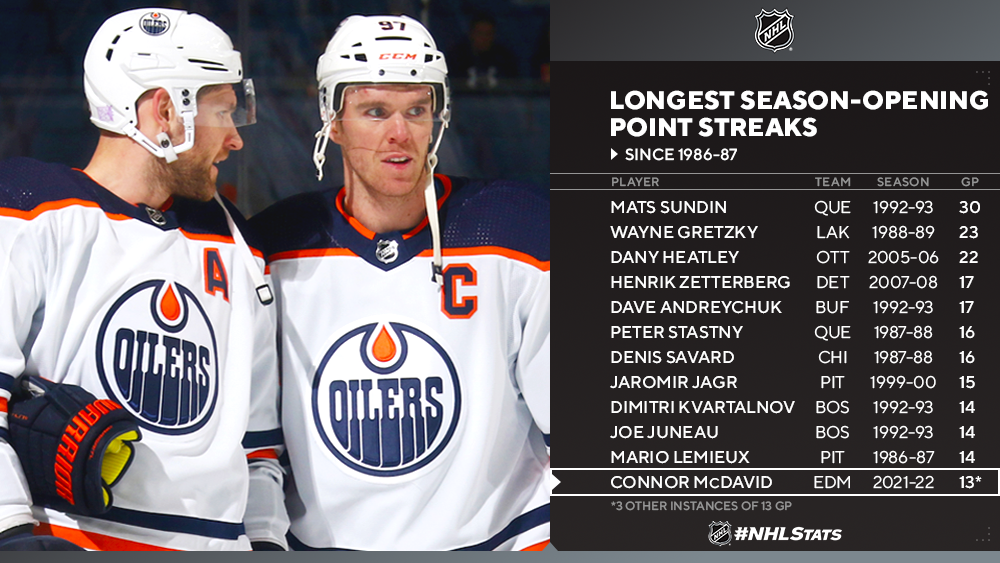 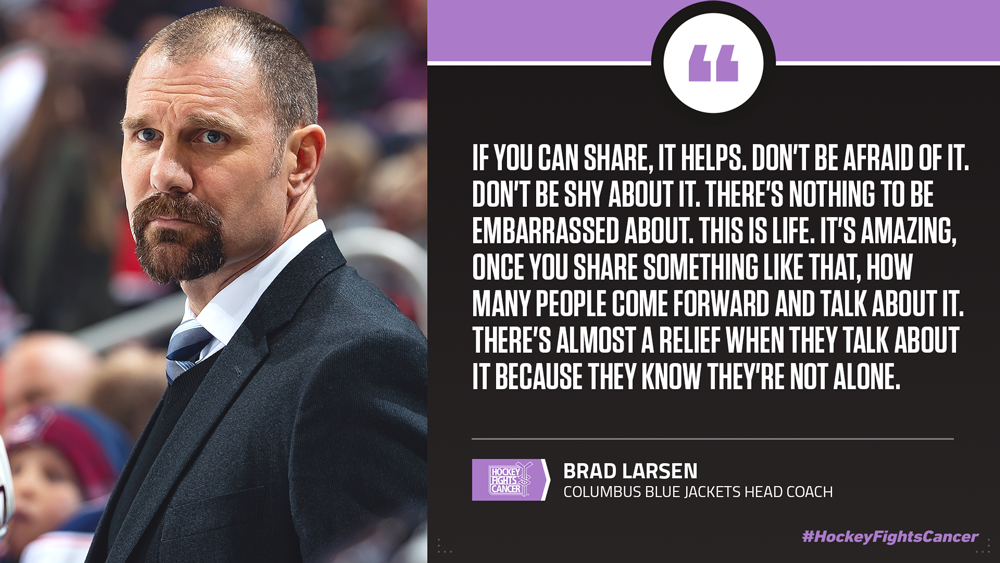 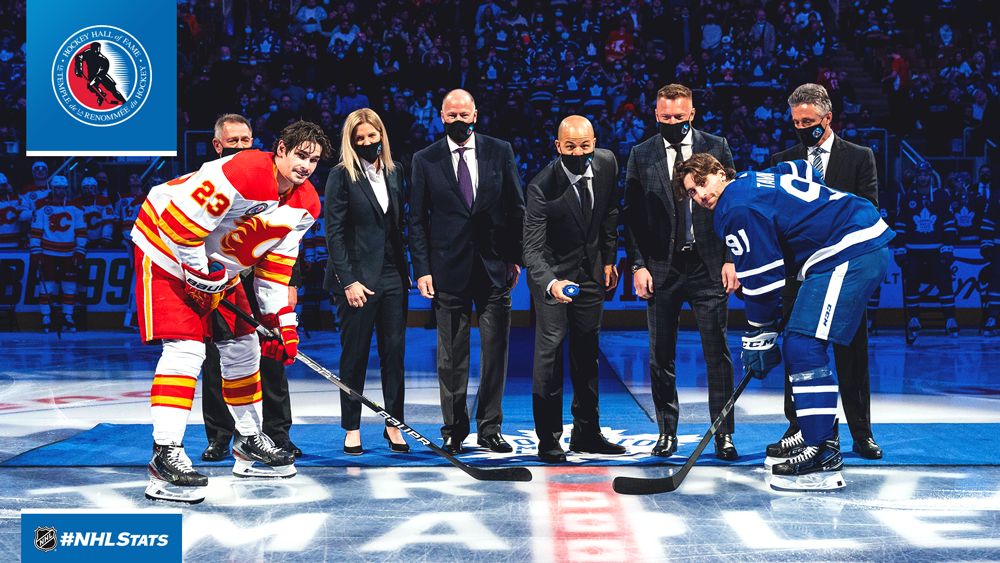 NASHVILLE, COLORADO SET FOR HOCKEY FIGHTS CANCER NIGHTS
Two more arenas will be coated in lavender when the Predators (8-5-1, 17 points) and Avalanche (5-5-1, 11 points) host their Hockey Fights Cancer nights Saturday in matchups against the Coyotes (1-12-1, 3 points) and Sharks (7-5-1, 15 points), respectively. 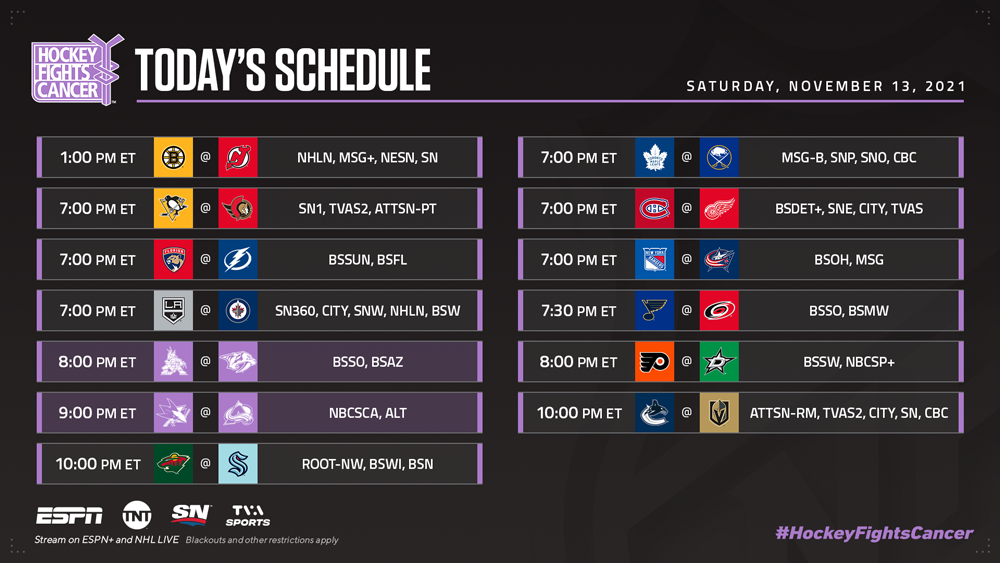 * San Jose defenseman Brent Burns brings a six-game point streak into Saturday’s contest at Ball Arena (1-8—9). Burns (218-517—735 in 1,182 GP) also needs two regular-season goals to move into a share of 17th place on the NHL’s all-time list among defensemen, which is currently occupied by Sergei Gonchar (who also had a lengthy point streak in the latter half of his 30s). 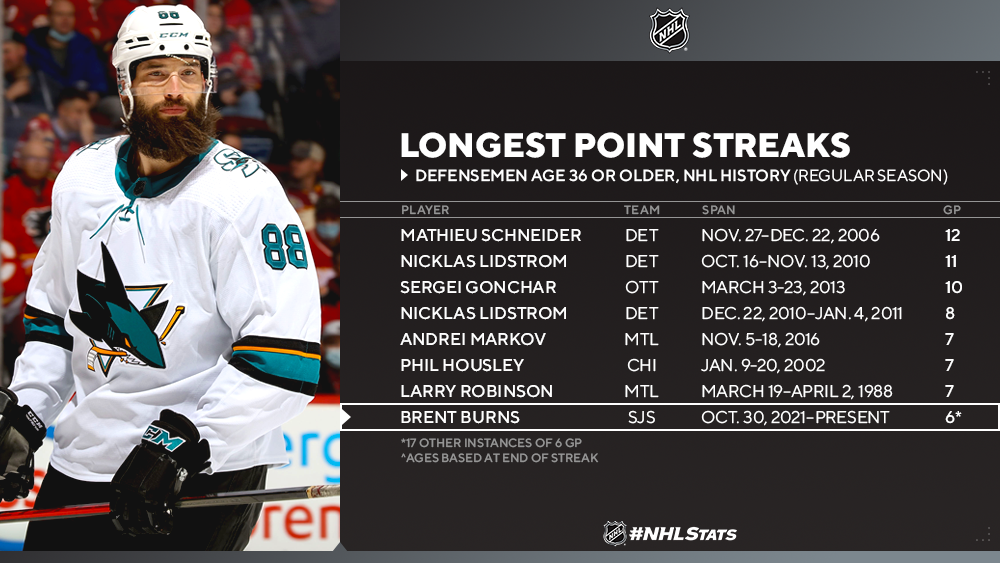 KINGS TAKE NHL’S LONGEST ACTIVE WIN STREAK INTO WINNIPEG
The Kings (8-5-1, 17 points), who have earned wins in each of their last seven games, wrap up their Canada road trip in Winnipeg and can join the Hurricanes (9-0-0) and Panthers (8-0-0) as the third team to string together at least eight consecutive victories in 2021-22. 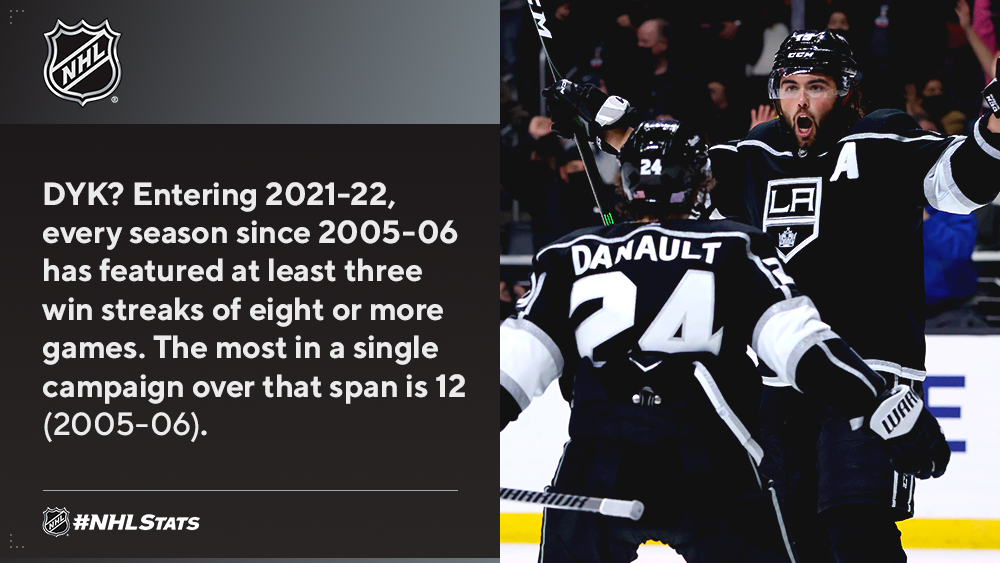