* Mark Scheifele recorded a hat trick as the Jets earned a first-of-its-kind win, while the Golden Knights also skated to a high-scoring victory.* Igor Shesterkin and Alexandar Georgiev combined for a tandem shutout as the Rangers extended their lengthy home win streak.

SCHEIFELE SCORES HAT TRICK AS WINNIPEG EARNS FIRST-OF-ITS-KIND WIN . . .
The Jets raced to a 3-0 lead within the opening eight minutes, but the Devils responded with four consecutive goals to go up 4-3 early in the second period. Winnipeg then scored five unanswered tallies, including the second and third goals of the game by Mark Scheifele (3-1—4), en route to an 8-4 victory.

* The Jets became the first team in NHL history to lead by three or more goals and then trail within the first two periods before going on to win a game by a margin of four-plus goals (regular season or playoffs). Before Friday, the last team to hold a three-goal lead and then be tied within the first 40 minutes before winning by four or more goals was Pittsburgh on Feb. 7, 2001 (9-4 W vs. PHI). 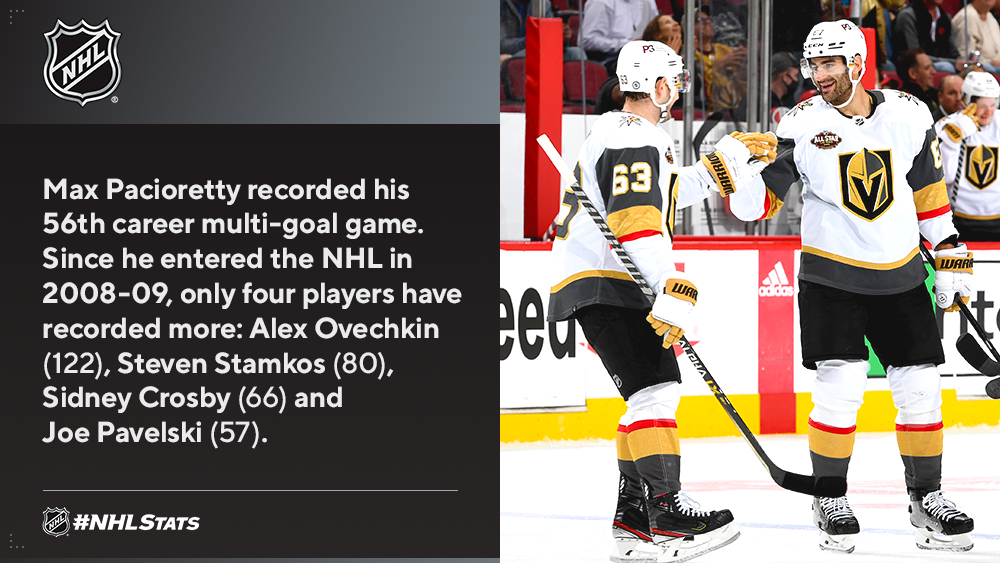 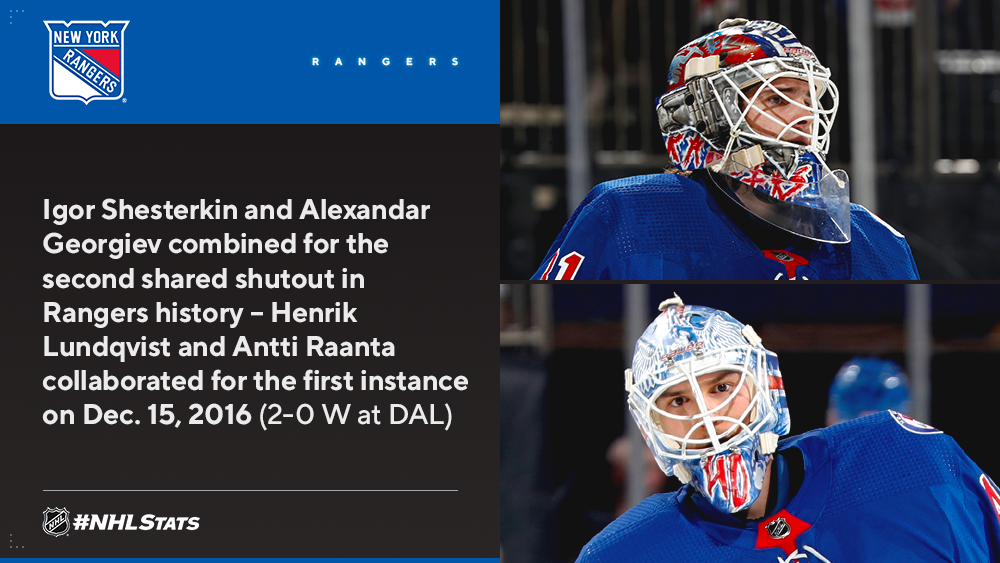 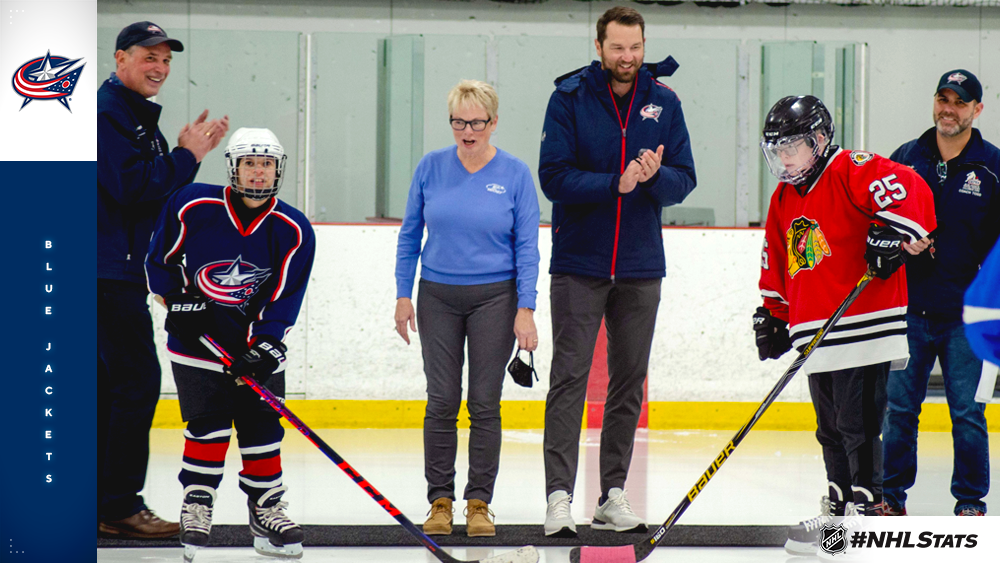 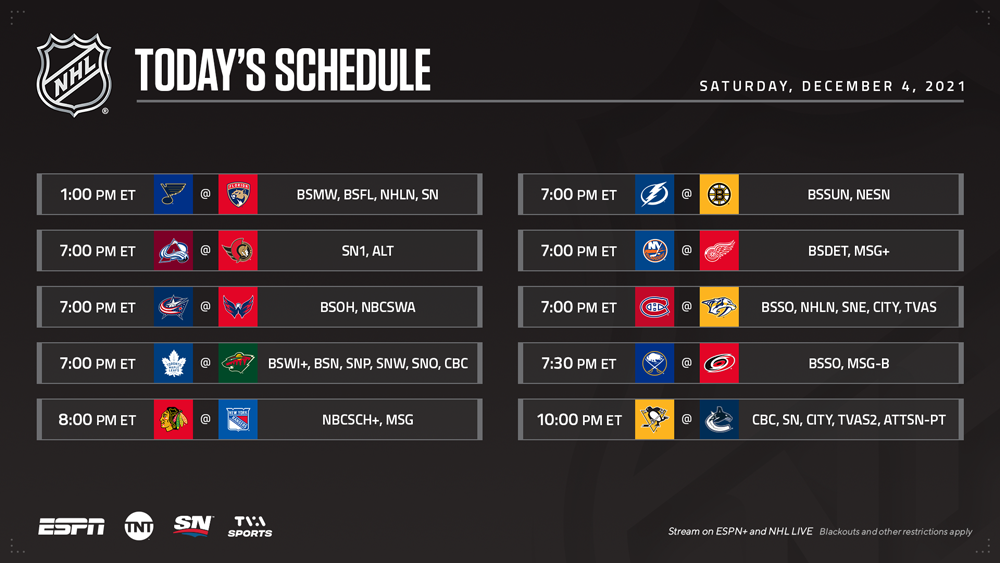 * Kirill Kaprizov has led the Wild through their five-game win streak with 4-6—10, including multi-point outings in three of those contests. Minnesota will aim for its 10th run of wins in six or more straight games – two of which came last season – when the Wild welcome the Maple Leafs to Xcel Energy Center. Minnesota has won nine of its 11 contests at home in 2021-22 (9-2-0, 18 points), while Toronto is 7-0-0 in its last seven games as the visiting team and can establish a new franchise record for longest road win streak. 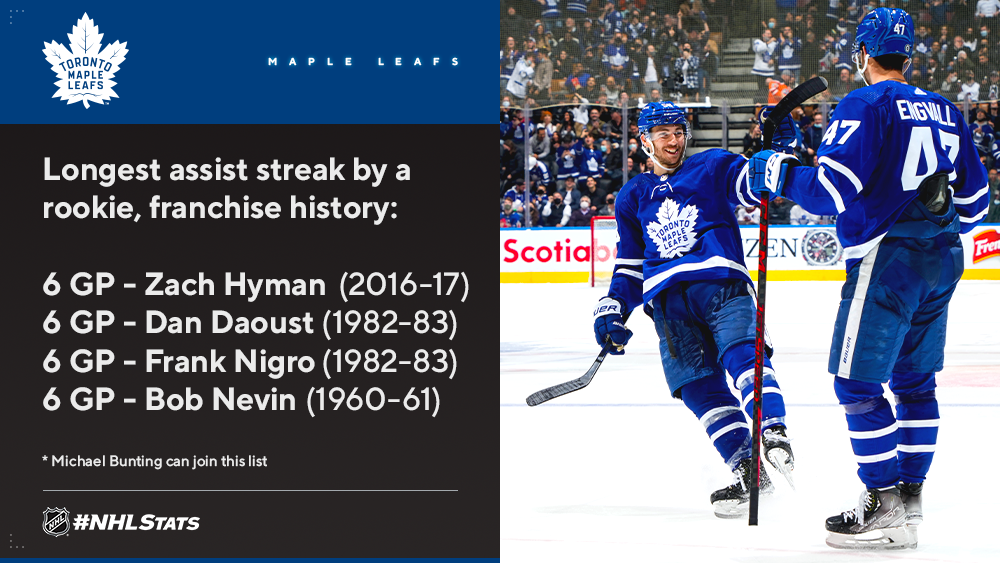 STREAKING GUENTZEL EYES THE SCORE SHEET
Pittsburgh forward Jake Guentzel will put the NHL’s longest active point streak on the line Saturday as he enters the contest with points in each of his last 11 games (7-5—12). Only two Penguins players in the last 10 years have posted a longer run: Pascal Dupuis (17 GP in 2011-12) and Sidney Crosby (12 GP in 2015-16). 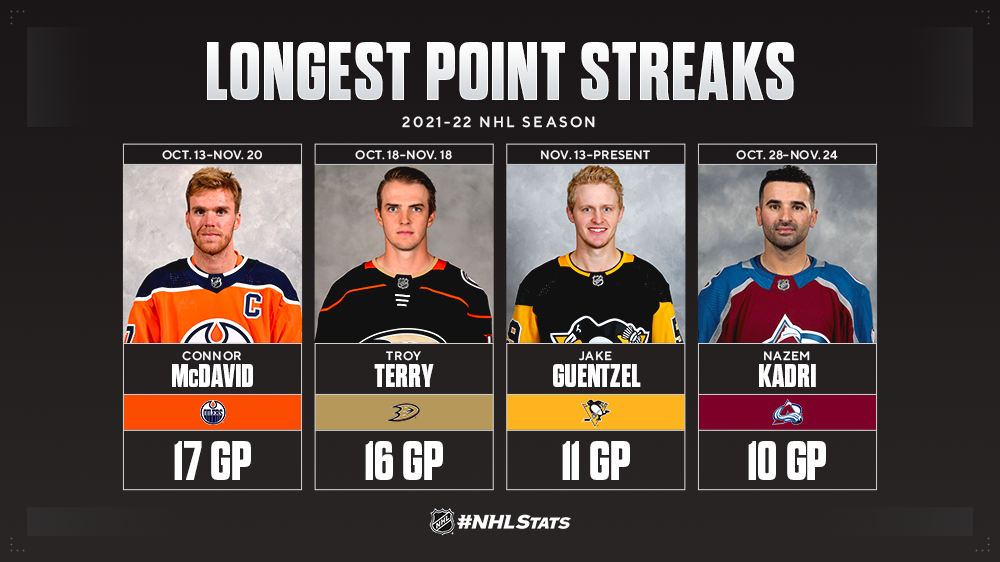