* Auston Matthews recorded his fourth career hat trick as the Maple Leafs unloaded eight and extended their win streak to five games, outscoring their opponents 26-7 over that run. * Quinn Hughes became the first Canucks defenseman to record a four-point game since Alexander Edler (Feb. 7, 2009) and helped Vancouver skate to a six-goal outburst in Ottawa.

* Connor McDavid recorded his second four-point outing of the season to reach 40 points and improve to 4-10—14 through eight head-to-head meetings versus Penguins captain Sidney Crosby.

MATTHEWS NETS HAT TRICK, LEADS MAPLE LEAFS IN EIGHT-GOAL WEDNESDAY
Hours after honoring his pledge by shaving his moustache on the back of raising $148,124 for Movember, Auston Matthews recorded his fourth career hat trick to help the Maple Leafs (17-6-1, 35 points) score eight goals in a game for the first time since Dec. 23, 2019 and overtake top spot in the NHL standings. Toronto improved to 5-0-0 in its last five outings and has outscored its opponents 26-7 over that run.

* Matthews, who was held to only one goal through the month of October, has scored 12 since Nov. 1, which trails only Leon Draisaitl (15) for the most among all players over that span.

Quinn Hughes (0-4—4) set a new career high for assists and points in a game to help propel the Canucks to a six-goal outburst. Hughes, who became the first Vancouver defenseman to record a four-point outing since Alexander Edler on Feb. 7, 2009, improved his season totals to 2-18—20 in 23 games. 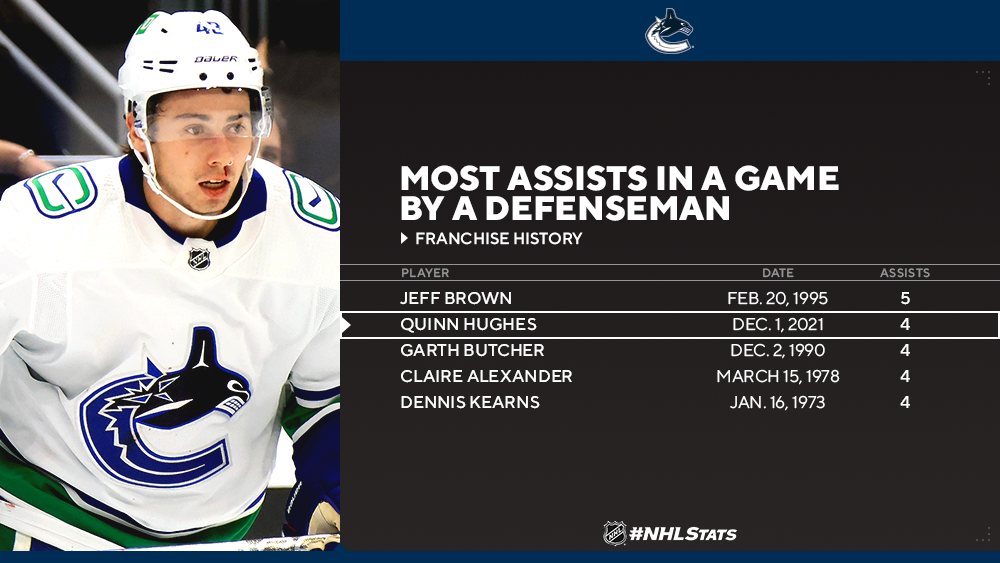 Connor McDavid (1-3—4) recorded his second four-point outing of the season and the 21st of his career to help Edmonton snap Pittsburgh’s 19-game point streak against the Oilers (PIT: 15-0-4; EDM: 4-12-3). McDavid boosted his totals to 4-10—14 through eight head-to-head meetings against Penguins captain Sidney Crosby. 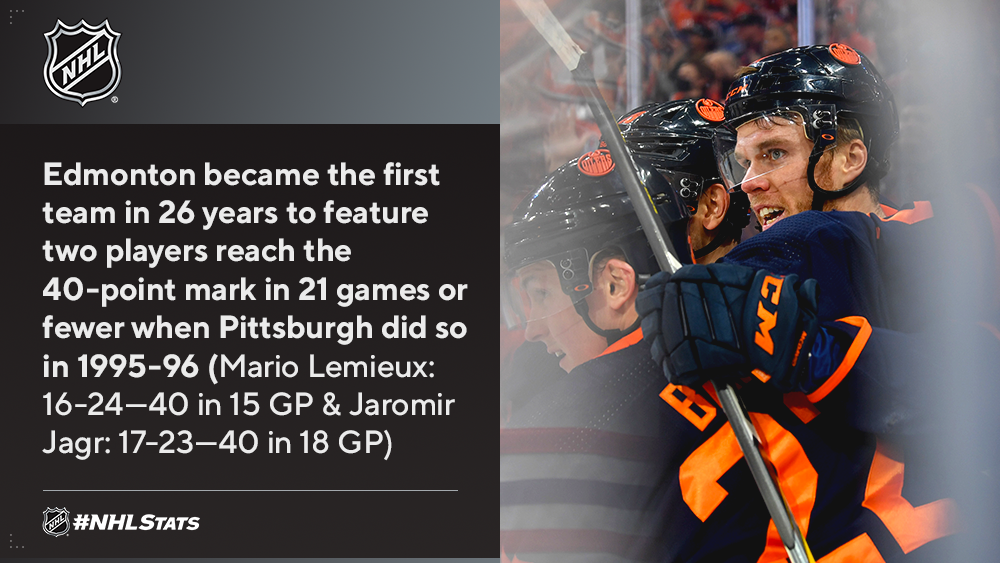 On the latest edition of #NHLStats: Live Updates, Lucas Raymond netted his 10th goal of the season to help the Red Wings earn their fourth straight win – after being named the NHL’s Rookie of the Month earlier in the day – and Ducks rookie Trevor Zegras recorded his second three-point outing of 2021-22. 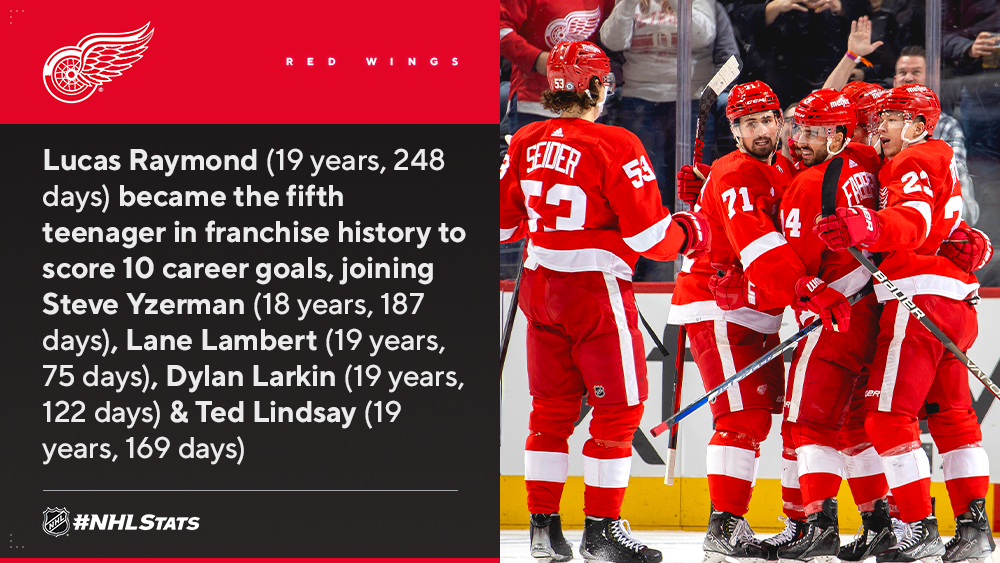 Wednesday featured the premiere episode of the five-part “Road to the NHL Winter Classic” docuseries showcasing exclusive, behind-the-scenes access to the Blues and Wild as they prepare for an outdoor showdown on New Year’s Day at Target Field in Minneapolis, Minn.

The first segment gives viewers a look at life on and off the ice for Blues captain Ryan O’Reilly, as he prepares to take on the Blue Jackets and spends time at home with his wife and kids. 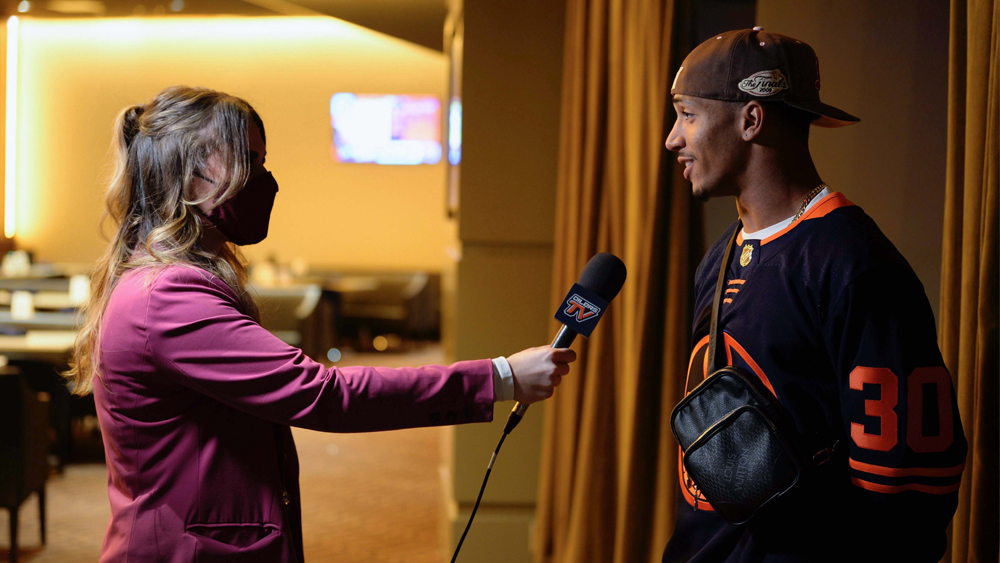 STREAKING STARS LOOK TO BENEFIT FROM ANOTHER QUICK START 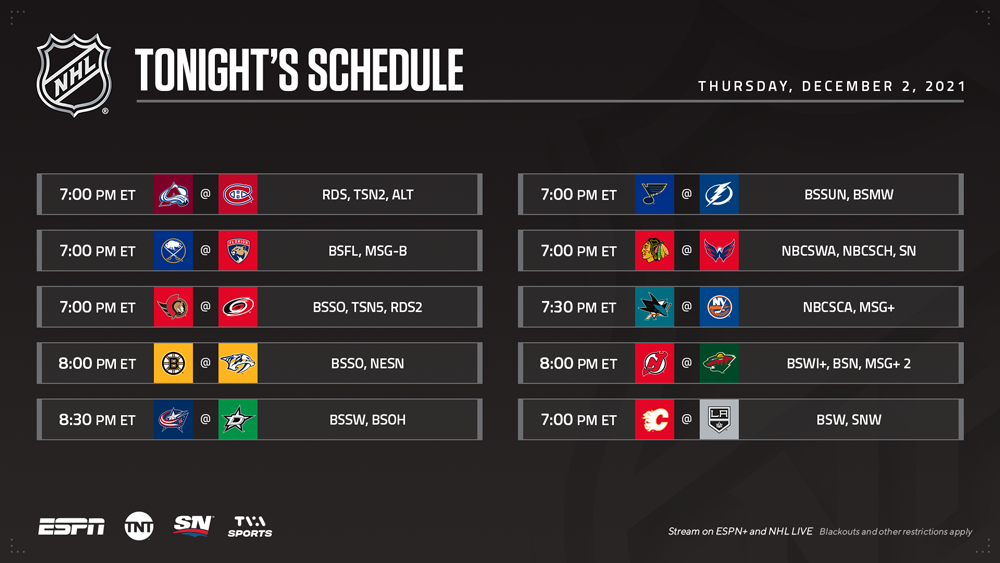 * Meanwhile, Hintz has found the score sheet in each of his past five outings dating to Nov. 20 (7-2—9) and has accounted for each of the Stars’ last two game-opening goals. Dallas’ leading goal scorer in 2021-22 can also become just the second player in League history to score within the opening 75 seconds in three straight contests. Johnny Gagnon (3 GP from Jan. 24 – Feb. 1, 1931) is the only skater to accomplish the feat. 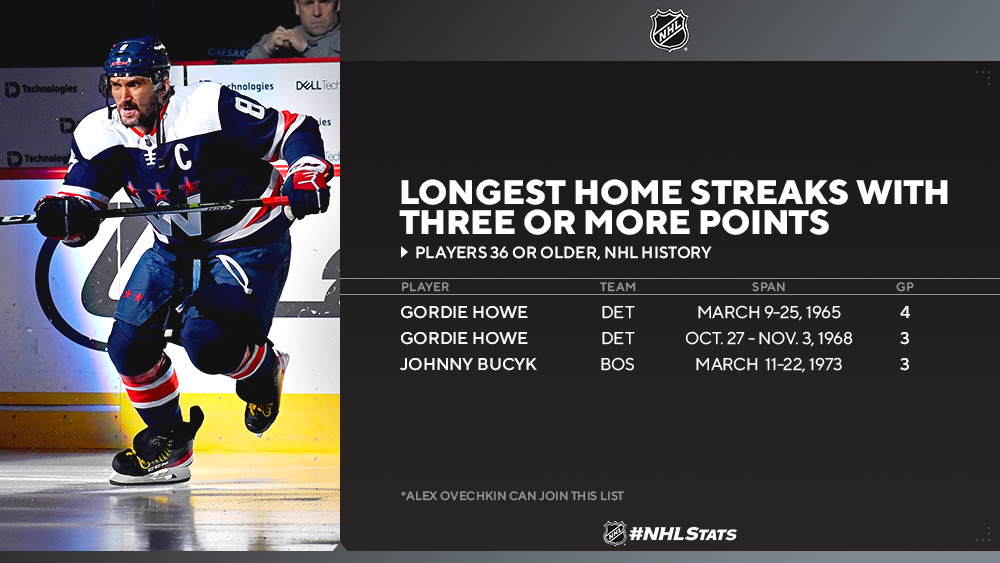