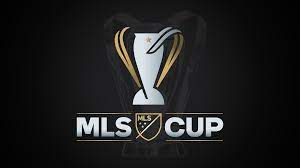 Both Los Angles FC and the Philadelphia Union are making their first appearance in the MLS Cup. This marks just the fourth time in league’s history, including the league’s inaugural 1996 season, that both MLS Cup finalists re making their debuts in the showpiece match, following D.C. United vs. LA Galaxy in 1996, Columbus Crew vs. New York Red Bulls in 2008 and Seattle Sounders vs. Toronto FC in 2016.

Los Angeles FC and the Union both finished on 67 points, tied for most in MLS this season, and the first time the top seeds from both conferences reached MLS Cup since 2003. The combined 1.97 points per match during the regular season is the highest combined average of any pair of MLS Cup finalists in league history and the first time both finalists collected at least 60 points during the regular season.

This will be the fifth meeting between Los Angeles FC and the Philadelphia Union, with the last three ending in draws, including a 2-2 draw at Banc of California Stadium on May 7 this season. LAFC has the only victory between the sides, winning, 4-1, in the first ever meeting, in June of 2008 in Los Angeles.

LAFC has won 11 of its last 12 home matches (L1), with the lone defeat coming against Nashville on Decision Day after already clinching the Supporters’ Shield. LAFC has only lost one of its 19 home MLS matches against Eastern Conference Foes (W11 D7), a 2-1 defeat to New York City FC in May 2021.

Cristian Arango scored in both of LAFC’s playoff matches this season and now has 3 goals since joining LAFC in August 2021, 20 more than any of his teammates in that time (C. Vela, 12). In fact, since Arango’s MLS debut, only Hany Mukhtar (35) has scored more goals.

Carlos Vela and Latif Blessing are the only current LAFC players o have appeared in all five seasons in the club’s MLS history. Since LAFC joined the league in 2018, Carlos Vela has the most goal contributions (122), second-most goals (71), fifth-most assists (51), most shots (422) and sixth-most chances created (319) of any player in MLS.

The Union recorded one of the most lopsided regular seasons in MLS history, recording a goal-difference of plus – 46 second highest in MLS history behind LAFC’s plus – 48 in 2019. The Union’s 26 goals conceded in 2022 were the fewest in a 34-match season in MLS history and the second fewest per match (0.76) with only Real Salt Lake in 2010 (0.67 per match) allowing fewer.

Union goalkeeper Andre Blake saved 108 of the 135 shots on target he faced this season (80.0%). Blake is the first goalkeeper since at least 2010 to face 100 or more shots on goal and save at least 80 percent of them.