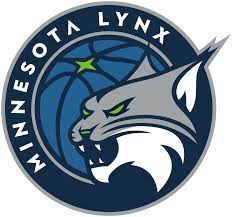 Alleyne (pronounced AY-leen) returns to Minnesota following a two-game appearance for Washington this season, where she totaled four rebounds and one steal in eight minutes of play before being waived on May 22. The 6-3 forward spent time in the Russia-PBL with the Dynamo Novosibirsk Region this past winter, where she appeared in 20 games averaging 15.2 points on 53.9% shooting, 12.5 rebounds, 1.6 assists and 0.9 blocked shots per game prior to joining the Mystics.

The Fontana, Calif. native previously saw action for the Lynx in 2019 for five games, collecting four points, five rebounds, one assist and one blocked shot in just over 14 minutes of total play.

Alleyne was selected by Phoenix in the second round (20th overall) of the 2016 WNBA Draft following a four-year career at the University of Oregon that saw her average 17.9 points on 54.3% shooting and 14.3 rebounds in 120 games. She completed her NCAA career as the 10th player in Division I history with at least 2,000 points and 1,500 rebounds. Alleyne also finished with the second-most double-doubles in Division I history (92) and the third-most rebounds (1712).

Alleyne will be eligible to join Minnesota for tonight’s home contest against Indiana at 7:00 pm CT at Target Center and will wear number 14.