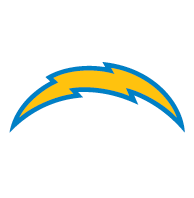 The Los Angeles Chargers open the 2021 season at Washington, kicking off at 10:00 a.m. PT from FedExField. Spero Dedes and Jay Feely have the call on CBS while Matt “Money” Smith, Daniel Jeremiah and Shannon Farren will broadcast on the Chargers Radio Network airwaves on ALT FM-98.7. Adrian Garcia-Marquez and Francisco Pinto will present the game in Spanish on Que Buena FM 105.5/94.3.

Sunday marks the third season-opening meeting between the teams, with the squads splitting the two previous matchups. The Chargers won most recently in the 2001 season-opener at home, 30-3. The Bolts have an overall record of 34-27 in season openers. Los Angeles won the last matchup with Washington, 30-13 in a 2017 home win at StubHub Center.

Los Angeles is scheduled to travel 25,467 miles for road games this year, one of five NFL teams in 2021 that will travel around the world (a trip around the world is approximately 25,000 miles). The Bolts will be the only NFL team to have gone ‘around the world’ in each of the last five seasons (2017-21).

Reigning Offensive Rookie of the Year Justin Herbert looks to build off his 2020 season, where he put forth a record-setting rookie campaign. He will still have weapons such as Keenan Allen, Mike Williams and Austin Ekeler, and will also have newly-signed TE Jared Cook to stretch the defense. Herbert will be playing behind a revamped offensive line, which includes three free agent signings — Corey Linsley, Matt Feiler and Oday Aboushi — and the addition of first-round rookie Rashawn Slater. The defense will again feature Joey Bosa, Derwin James Jr., and Kenneth Murray Jr.

Washington’s defense is led by reigning Defensive Rookie of the Year Chase Young alongside Montez Sweat. Ryan Fitzpatrick will quarterback for the defending NFC East Champions, who look to repeat as division winners for the first time since 1984.

The Chargers open the home slate of games for the 2021 season against the Dallas Cowboys. It will be the first matchup between the two teams since the Bolts won on Thanksgiving in 2017. Kickoff is slated for 1:25 p.m. PT from SoFi Stadium.

The Chargers have won four of the last five matchups in the series with Washington. Every game in the series since 1980 has seen the Bolts top 20 points scored, including the 17-point home victory in 2017 that saw the Los Angeles offense sport a 300-yard passer and a pair of 100-yard receivers.