The past couple games, you guys have played well, but have fallen short of collecting the points. How would you rate the performance tonight?

It was a really poor game from the beginning when we give away a couple of goals, the goals they come like that. And we can read between the lines but I take the blame on this one. I think it’s my fault from player selection and I think some of the players were just not ready for this game.

I can make excuses. I can say that players were injured, but the reality is I have to point the finger at me and take the blame for the game tonight.\

Can you legitimately compete with the centre back group that you’ve got right now?

When we are all on the team, I think we can. It wasn’t in the cards today. I think it was difficult. It was a difficult game from the beginning, but I don’t think it was just the centre back situation.

As you know, Chris (Mavinga) couldn’t join us, and then Eriq (Zavaleta) was limited with a hamstring that he was taking care of from the previous game. Even the previous game he was playing limited. But I think it is more than the centre backs. When we give away the ball easy as we did tonight, and it put us in a very vulnerable position, and we concede goals early on, then everything gets disorganized, right.

So it’s not always the centre backs. It’s more things.

I know you’ve been working hard to work on the defensive side of your game, but are you surprised that the attacking part of your game hasn’t really clicked as well as maybe it should be, particularly with your Designated Players out there and that kind of thing?

Yes, I think once you start the game, at the very beginning of the game, it wasn’t bad really. We were in between lines. The question is, once you concede the goal, once you make a mistake or two mistakes. I think if we look at the beginning of the game, we start to have possession early on, but then when we start making mistakes, losing balls that we don’t have to lose and we have to run back, is when we are in trouble.

So it’s not only the front players that they didn’t keep tonight. I think if we are solid and we are settled like we were in the last couple of games, we would find a way to score in this game. But it’s just very distracting for the team to concede two goals the way we did, the first two goals.

By my count, the team is winless in 12 games when you concede the first goal. Can you pinpoint what is it that is about this team that just has a hard time coming from behind to get results?

I think once you concede a goal like that, it’s extremely difficult to pull the team together. Especially a day like today, we are playing away from home, everything is against us, and obviously the whole season that we are having is taking a toll on the players. It depends on the character, the personalities. Sometimes some players they can go through and fight through the difficulties, and some others, mentally, don’t have that character.

I think it’s just a matter of how the season has been progressing, and when you get a strong setback like every goal in the game, after it’s more difficult to get composure and get the team going.

Can you take us in that locker room, what’s the mood of the group and what do you say after a night like that?

I think the group, they acknowledge that we are in a difficult situation. And it’s a hard one to take. We have to look at ourselves in the mirror and see if we are doing everything we can, starting with me. But again, you take the blame for this one. I think it’s a good learning curve tonight for us, and all that we want is to focus on the next game. It’s going to be the derby (against CF Montréal). Everybody is going to be motivated for that game on Friday.

A lot of changes to the lineup tonight from the lineup that you had in Atlanta, obviously a short turnaround for a midweek game to a weekend game, but there have been a lot of changes in the lineup lately. Are you feeling like a chemist just trying to find the right formula with this team to be able to get the group over the line and get some good results?

Personally, I don’t. I think today we have enough legs on the field. As you point out, we had enough players that they were rested. And therefore, some players were not there, really.

But I think this is going to be a necessary evaluation on the way we address the starting lineup, and again, I take blame on that. I think we have to learn from the experience tonight starting with myself and avoid these kinds of situations going forward because time is ticking, and we cannot make any more mistakes.

Omar, your coach said tonight that he put a lot of the blame of the performance off the team on himself tonight but he also said that some of the players just weren’t ready to play. Do you agree with that assessment or can you give us your thoughts on what went down tonight?

Yeah, times like these, the coach tries to take the blame for everything, and you know, try and protect the players, but if we are honest, if we are looking at ourselves in the mirror, how many of us can state that we were ready to play tonight?

Some of us felt like we were but then as the game went on the first ten minutes, we weren’t sharp enough. We gave up a turnover which led to the first ball which we know has been killing us throughout the season. So we knew we couldn’t allow that and still we allowed it to happen.

And the second goal, we just leave ourselves exposed and leave myself in a tough situation. Were enough guys, honestly ready to go, I don’t think so, or else we would have had a different first 15 minutes of the game.

I think it’s 12 games now where you’ve conceded the first goal and you haven’t won any of those games. Can you speak to where this team has such trouble coming from behind?

Can I speak to why we struggle to rescue points? Well, listen, in the beginning of the season and even still now, we’re not doing a good enough job on the defensive end, just being smart of when to just get rid of the ball and play it up the field and put pressure on the other team.

Like tonight, we’re away from home and the beginning of the game, is it the right tactic to try and play out of everything or should we go long and put the pressure on them? Are we being too naïve? These are all good questions.

And so you know, there’s a lot of stuff going on that you could point to. Tonight we tried to still fight and find a way to get ourselves back in the game. We had a couple chances and we’re just not clinical enough. And so those are the reasons.

That’s how it turned out. It turned out that the players weren’t ready to play. But before the game started, of course everyone is ready to play. Everyone is warming up and everyone’s trying to get themselves going. And Javi (Pérez) picked a squad and everyone was confident going into the game. But once the game started, you know, you could tell quickly who was ready and who wasn’t, and so you know, maybe I — maybe I didn’t word it correctly. But the group that Javi (Pérez) picked stepped on the field looking to get a result, and it just didn’t happen. Given our — given where we are in the standings, of course we are giving it our all. No one quit tonight. You know, I personally was dying out there. But I kept going. Other guys kept going and we’re not giving up. We still are trying to find our way out of this. It’s difficult, yes, but we are not going to quit. We are not going to give up on this club, the players on this team. We’re the only ones that can get ourselves out of this.

Are you surprised that the attacking side of the team’s game is not clicking more, given some of the dynamic players you have on this team?

Of course. Of course I’m surprised that we don’t get more opportunities on goal and more goals in general, given the quality that we have on our side.

And so, yeah, absolutely. We definitely have the quality to do to teams what they are doing to us, and constantly putting pressure on getting goals and winning by multiple goals. Yeah, it’s frustrating.

How tough is it for a young player to step into a team that’s going through a struggling time like this? How difficult is it to come on the field?

You could look at it one of two ways. A young player comes in and no matter the circumstances, we are already in a bad way, but you can come on and feel free to impose himself and show what he has by being brave and just going out there and playing.

And so you know, we are not in this position because of him. So young players can come on the field and be free and play, and so there shouldn’t be much pressure on the young guys coming in and trying to give us a jolt of energy and show what they have. 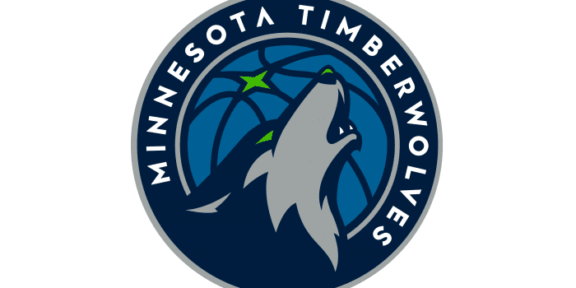 The Minnesota Timberwolves will aim for…