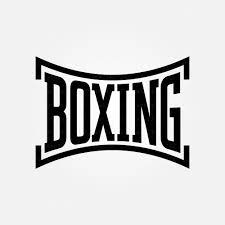 The bout took place this past Saturday in Tijuana, Mexico.

Walker, 19 years-old of Los Angeles, went up in weight to junior lightweight for this contest, and took the bout on short notice.

Molinero, who came in with a record of 12-6-2, tried to use his experience against the young standout Walker. He tried to rough-up and use questionable tactics by trying to throw Walker to the canvas.

That did not work as in round two, Walker dropped Molinero with an overhand left. Later in the round, it was a left to the liver that sent Molinero down for a 2nd time. Somehow Molinero was able to beat the 10-count, but that would be the proverbial beginning of the end.

In round three, Molinero continued his “veteran moves” by spitting the mouthpiece out three times. At the beginning of round four, Molinero was slow to get out of his corner, which forced the referee to administer an eight-count. Molinero must have known the end was near as he ate a barrage of punches and then turned his back to the referee and bowed of of the fight.

With the win, Walker is now 9-0-1 with eight knockouts.

Walker, is managed by Rene Symonds and Clement Kwan of Waterfront Management, and is a promotional free agent.