Anthony “Juice” Young Headlines against Luis Sanchez at Boardwalk Boxing on Saturday, September 25th at The Showboat in Atlantic City 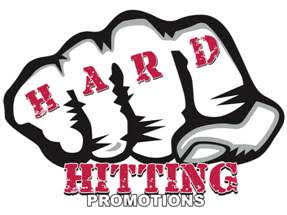 Thomas Velasquez Returns to the Ring

Young, 33 of Atlantic City, New Jersey has a record of 22-2 with eight knockouts.

Young is a 10 year-professional who has developed into one of the most popular fighters in the Tri-State area.

Young became a household name in the boxing world when he scored an emphatic 3rd round stoppage over former world champion Sadam Ali (27-2) on May 4, 2019 in Las Vegas. With that win, Young won the WBC USNBC Silver welterweight title.

Young is coming off a unanimous decision over Todd Manuel on July 31st at The Showboat Hotel in Atlantic City.

Sanchez of San Juan, Puerto Rico has an impressive record of 9-1 with six knockouts.

Sanchez, 27 years-old, is a five-year professional who is coming off a win over Ryan Pino on March 25th in San Juan.

Thomas Velasquez (10-1, 6 KOs) of Philadelphia will see action in a lightweight bout.

Jerome Conquest (11-5, 1 KO) of Philadelphia takes on an opponent to be named in a lightweight battle.

Wesley Ferrer (14-1-1, 7 KOs) of Brooklyn, NY takes on an opponent to be named in a lightweight fight.

Tahmir Smalls (4-0,3 KOs) of Philadelphia will battle Shaquan Moore (0-0-1) of Coram, NY in a welterweight fight.

Joshua Lebron (2-0, 1 KO) of Orlando, FL takes on an opponent to be named in a bantamweight contest.