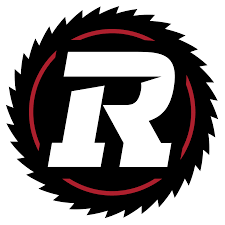 OTTAWA —  Entering the near mid-way point of the third quarter down 20-9, The Toronto Argonauts battled back to defeat the Ottawa REDBLACKS 23-20.

McLeod Bethel-Thompson threw for 293 yards, three interceptions and a touchdown while Devlin Hodges, in his first CFL start, threw for 90 yards.

Through the air, DaVaris Daniels led the Boatmen in receiving with 84 yards. Kurleigh Gittens added 58 receiving yards of his own and a touchdown.

On special teams, the REDBLACKS made game-altering plays on both the kicking side and the return side. Lewis Ward was good on two of his five attempts of the evening, Shaheed Salmon recorded a forced fumble on a punt and DeVonte Dedmon recorded 126 return yards and a touchdown.

Defensively, the REDBLACKS took advantage of their four total turnovers which led to six points and recorded three sacks.

Ottawa responded with their special teams unit as a thunderous hit from Salmon knocked the ball free from Chris Edwards following a rare miss from Lewis Ward. This placed the REDBLACKS on the Argos’ eight-yard line, but failing to capitalize, Ward was called on again. This time, his 12-yard attempt knotted the game up at three apiece.

Following a Bethel-Thompson pass that took a bounce and ended up in the hands of Avery Williams, the REDBLACKS’ generated their second turnover of the game. This set up Ward for another field goal attempt. From 25-yard out, Ward put the REDBLACKS on top 6-3.

Bede responded with a field goal of his own from 42-yards out to tie the game once again.

Following a failed deep attempt by Hodges to connect with R.J. Harris, the REDBLACKS turned to the run game. Rushing for a combined 62 yards in just three plays, the REDBLACKS found themselves on the Argos’ goal line. Caleb Evans took the field for the REDBLACK’s short-yardage package and his QB sneak gave the REDBLACKS a 13-6 lead.

The REDBLACKS generated their third turnover of the half on the ensuing Argos’ drive with Randall Evans picking off Bethe-Thompson.

Facing a chance to extend the REDBLACKS lead, Ward missed his second field goal attempt of the afternoon from 48-yards out, giving the Argos a chance to tie the game.

The REDBLACKS defence had other ideas in mind as following a converted first down, back-to-back incompletions by Bethel-Thompson prompt Bede’s third attempt of the half. His 36-yard field goal erased a seven-point deficit, but the Argos still trailed 13-9.

After both teams traded field goals and a lone touchdown recorded in the first half, the third quarter started in dramatic fashion for the REDBLACKS.

Collecting the opening kick, Deadmon slipped past the charging Argo defenders and tore up the sideline towards the endzone. As he got past the initial first wave of Argos’ tacklers, Deadmon kicked into another gear, accelerating into the end zone for his fifth return touchdown on the season and a 20-9 REDBLACKS’ lead.

Looking to respond, the Argos worked their way down the field but it would not be long till adversity struck in the form of an injury to John White. After Bethel-Thompson’s pass for DaVaris Daniels fell incomplete, Bede knocked down a 50-yard field goal attempt.

Following a third interception thrown by Bethel-Thompson to Brandin Dandridge, the REDBLACKS turned to Ward to add to their lead following a stalled-out drive. On his fifth attempt from 45-yards out, Ward missed wide right which was returned by Chandler Worthy.

Down but not out, the Argonauts looked to get right back into the game and reverted back to controlling the pace they set in the first quarter.

Three straight completions by Bethel-Thompson worked the Argos down the field with A.J. Ouellette and Antonio Pipkin contributing on the ground. After Bethel-Thompson failed to connect with Ricky Collins, he found Gittens a play later in the end zone for a 12-yard touchdown strike. Toronto added a two-point convert to tie the game at 20.

After exchanging possessions, the foot of Bede put the Argos up 23-20 and reclaimed the Argos lead for the first time since the first quarter.

The REDBLACKS tried to engineer a game-winning drive, but the Argos would bring Hodges down. The Argos took over and worked the clock to capture their eighth win of the season.

Next up for the Argos will be a divisional game at home against the Hamilton Tiger-Cats next Friday at 7:30. The REDBLACKS will enjoy a bye before heading to Montreal to take on the Alouettes in Week 16.