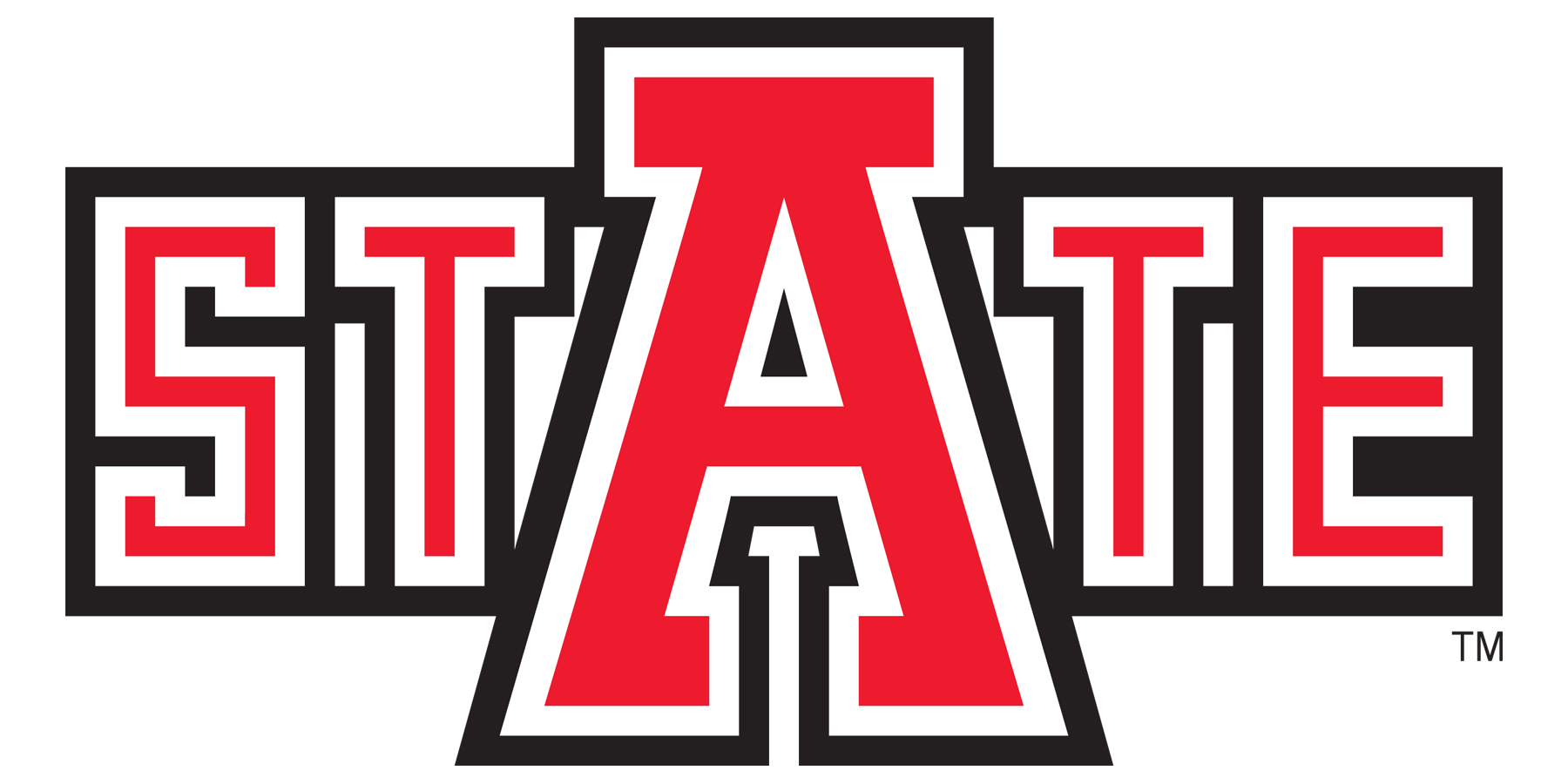 ON TAP:  Following three consecutive road games, Arkansas State returns home to host No. 15-ranked Coastal Carolina on Thursday in a 6:30 p.m. game that will be televised nationally on ESPNU.  Every A-State football game can be heard live on the EAB Sports Radio Network, including flagship station 107.9 FM in the Northeast Arkansas area.

THE PRINCIPALS:  Arkansas State continues Sun Belt Conference play this week, turning its sights to a Coastal Carolina team that will be the highest Associated Press nationally-ranked opponent to ever play at Centennial Bank Stadium.  The 15th-ranked Chanticleers are playing just their second road game of the season after getting off to a 5-0 overall start, including a 1-0 mark in league action.  The Red Wolves began the season with a 40-21 victory over Central Arkansas, but have dropped their last four games to bring their overall and Sun Belt records to 1-4 and 0-1, respectively.

THE ARKANSAS STATE – COASTAL CAROLINA SERIES:  Arkansas State holds a 3-1 record against Coastal Carolina, although the Chanticleers claimed a 52-23 victory at Brooks Stadium in Conway last season.  All four games have been played as Sun Belt Conference opponents, including the first meeting in 2017 when the Red Wolves collected a 51-17 win in Jonesboro.  A-State also topped the Chanticleers 28-27 at Centennial Bank Stadium in 2019 and went on the road to pick up a 44-16 victory in 2018.

A-STATE vs THE SUN BELT:  Arkansas State has won 58 of its last 80 Sun Belt Conference games (.725 winning percentage) to run its all-time record in the league to 90-58.  The Red Wolves hold their most all-time victories against ULM with 27.  A-State has defeated every team in the conference since the football league was formed in 2001.  Along with ULM and Louisiana, A-State is one of three teams that have been a part of the conference since its inaugural football season.

UNBUCKLE THE BELT:  The Red Wolves stand 13-8 all-time in Sun Belt Conference openers following their 59-33 setback at Georgia Southern last week.  Although A-State dropped its first SBC game the last two years, it has won six of its last nine league openers.  The Red Wolves played their first Sun Belt game on the road for the fifth consecutive season this year. They also faced Georgia Southern in their Sun Belt opener for the fourth time, tying ULM for their most played opponent in such games.

RED WOLVES OCTOBER:  Arkansas State holds a 26-10 record over its last 36 games played in the month of October for a .722 winning percentage.  A-State had won 11 games in a row during the month prior to falling to Appalachian State on Oct. 9, 2018.

ON THIS DATE:  Dating back to the 1916 season, Arkansas State holds a 6-7 record when playing on Oct. 7.  The Red Wolves last played on the date in 2006, collecting a 10-6 home victory over ULM.  Seven of A-State’s previous 13 games on Oct. 7 were played in Jonesboro, posting a 3-4 record in those outings.

MIDWEEK MADNESS:  Historically, A-State has performed well in midweek games (Tue.-Thur.) since joining the Sun Belt Conference.  The Red Wolves hold a 21-9 record in all midweek games since its 2001 inaugural year in the league.  They have won 17 of their last 23 midweek contests.

AN A-STATE VICTORY WOULD …:  run its all-time record versus Coastal Carolina to 4-1 . . . give the Red Wolves’ their third all-time win over an AP Top 25 team and first since 2016 . . . mark the highest AP-ranked opponent Arkansas State has ever defeated . . . improve its record to 27-10 over its last 36 games played in the month of October . . . make it 1-1 through two Sun Belt Conference games played for the third consecutive season . . . snap Coastal Carolina’s 10-game Sun Belt winning streak.

LAMAR EARNS SBC WEEKLY AWARD:  Senior running back Alan Lamar was named the Sun Belt Special Teams Player of the Week after posting 178 kickoff return yard, including a 93-yard touchdown return, during the Red Wolves’ game at Tulsa.  His 178 return yards stand as the fourth most in school history and are tied for the third most in the nation this season.  His 93-yard return tied the ninth longest in A-State history and was the second longest by a Sun Belt player this season.  It marked the first time since 2019 that an A-State player returned a kickoff for a touchdown.  Lamar has accumulated 442 kickoff return yards this year that are the most in the country.

PASSING ATTACK:  Including a school-record 582 passing yards against Memphis and 443 versus Georgia Southern, the eight most in school history, Arkansas State has thrown for 1,885 yards and 15 touchdowns this season.  The Red Wolves are averaging 377.0 passing yards per game that ranks fifth in the nation, while their 15 passing touchdowns are tied for the seventh most.  A-State has thrown for at least 300 yards and two scores in four of its first five games, including the UCA, Memphis, Tulsa and Georgia Southern contests.

RUNNING BACK RECEPTIONS:  Running back Lincoln Pare has already caught 14 passes for 134 yards this season, which is 49 more yards than he had for all of last season as a true freshman.  He’s ranked fourth on the team in receptions and fifth in receiving yards. His 14 catches are also two more than his career total entering the year.  Pare finished the Washington game with seven catches for 69 yards — both career highs.

ON THE RETURN:  A-State running back Johnnie Lang Jr. posted a career-long 63-yard punt return for a touchdown during A-State’s game at Tulsa, which was A-State’s first punt return for a score since Blaise Taylor also found the end zone on a 63-yard return against Nebraska in 2017.  It was the longest return by a Sun Belt player this season, and he now has seven returns for 120 yards, which are the 10th most in the country.

SPECIAL TEAMS SUCCESS:  Between Blake Grupe’s two field goals and four extra points, Johnnie Lang’s punt return for a touchdown and Alan Lamar’s scoring kickoff return, A-State’s special teams accounted 22 of its 34 points scored against Tulsa.  Arkansas State became just the second Sun Belt Conference team to ever record both a kickoff return and punt return for a touchdown in the same game.  Louisiana was the other — at Iowa State last year (Sept. 12, 2020).  The outing marked the first time an A-State team accomplished the feat for the first time since Nov. 11, 2000, at North Texas.

TURNOVER BATTLE TWIST:  While A-State won or tied the turnover battle in each of its first three games, it has gone the other way for the Red Wolves their last two outings.  Arkansas State posted seven turnovers gained over its first three games combined, but has just one the last two games combined.  Tulsa held a 2-1 advantage in take aways, while Georgia Southern posted four interceptions to A-State’s zero turnovers gained.

PICK IT OFF:  Arkansas State has posted five interceptions this season, which is only one shy of its six total for all of last year.  All five interceptions have come by different players, including Samy Johnson, EJ Alexander, Jeffmario Brown, Leon Jones and Jarius Reimonenq.  Johnson now has three career interceptions and Reimonenq two, while the other three players have posted their first pick this year as a member of the A-State football team.

DISRUPTING THE BACKFIELD:  Junior defensive end Kivon Bennett has made an immediate impact on the A-State defense his first season with the program, already posting 9.0 tackles for loss and 3.5 sacks.  The Tennessee transfer has recorded 1.0 or more TFL in every game and at least a half sack in four outings.  He is currently ranked third and tied for fifth in the Sun Belt Conference for TFL and sacks, respectively.

DYNAMIC DUO:  A-State’s two starting defensive ends, Jojo Ozougwu and Kivon Bennett, have combined for 14.0 tackles for loss and 7.0 sacks through A-State’s first four games.  Both players have recorded 3.5 sacks this year, and Ozougwu has posted 5.0 tackles for loss to go along with Bennett’s 9.0 stops behind the line of scrimmage.  Both players are ranked among the top nine in both categories among Sun Belt players.

RUCKER HONORED:  Wide receiver Corey Rucker was named the Sun Belt Conference Offensive Player of the Week on Sept. 6 after recording nine receptions for 138 yards and three touchdowns against UCA.  He was also named the league’s offensive player of the week following the Red Wolves’ 2020 season finale.  Over his last six games played, he has recorded 37 receptions for 768 yards and 10 touchdowns — he has at least one TD reception in four of those six outings.

INSIDE THE 20:  Ryan Hanson has posted at least three punts inside the opponent’s 20-yard line in four of five games this year, including a career-high four against Washington.  His 13 total punts inside the 20 leads the Sun Belt Conference.  Additionally, his 42.6 average per punt is more than a full two yards per attempt better than his 40.3 average a year ago.