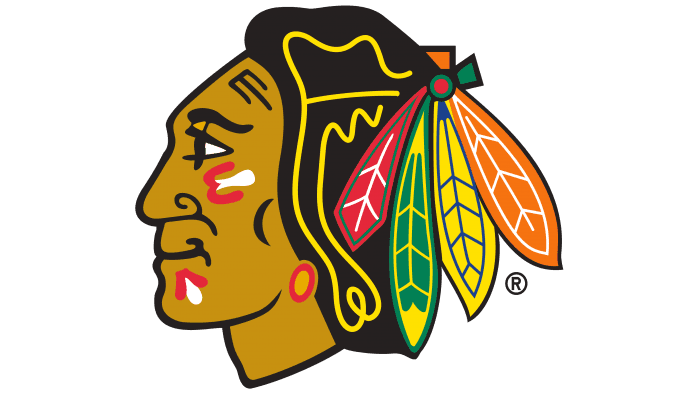 NEW YORK  – The National Hockey League announced today that the Chicago Blackhawks have been fined $2 Million for the organization’s inadequate internal procedures and insufficient and untimely response in the handling of matters related to former video coach Brad Aldrich’s employment with the Club and ultimate departure in 2010. The League and the Blackhawks have decided that $1 Million of the fine money will be dedicated to fund local organizations in and around the Chicago community that provide counseling and training for, and support and assistance to, survivors of sexual and other forms of abuse.

Today’s announcement results from the League’s review of an independent investigative report (the “Report”) conducted and prepared by the law firm of Jenner & Block, LLP. The League has reviewed the Report and is satisfied as to its methodology and thoroughness. The investigation was conducted independent of interference or other influence from the Blackhawks, the NHL or any other third party. The scope of the investigation was broad and comprehensive, involving the interviews of 139 witnesses and the review of all relevant documents and records that remained available for inspection. We are comfortable that the Report provides an accurate account (or at least as accurate as possible) of the events that transpired 11 years ago.

The Report is primarily focused on the Club’s response (or lack of response) to an incident brought to senior management’s attention in the Spring of 2010, when the Blackhawks were competing in the 2010 Stanley Cup Playoffs, which involved then-current video coach Brad Aldrich. According to the Report, based on available evidence and recollections of those involved, Aldrich was involved in a sexual encounter with another individual in the organization (a Player), which some described as a sexual assault and others described as consensual.  Unfortunately, as a result of the Club’s inadequate and delayed follow-up upon learning of these events, as well as the sheer passage of time, it is now difficult, if not impossible, to determine the specifics of the incident with any adequate degree of certainty. Nevertheless, and regardless of the precise nature of the incident itself, it is recognized and must be acknowledged that the respective employment roles of the two involved individuals (Coach and Player) rendered the encounter — even if it was consensual — problematic and inappropriate.

The Report describes in detail a meeting that was convened among members of senior Club management on May 23, 2010, following the clinching game of the 2010 Western Conference Championship Series. The meeting involved (at various times) six individuals from then-senior Club management, including then-President John McDonough, then-Senior Vice President Jay Blunk, General Manager Stan Bowman, then-Senior Director of Hockey Administration Al MacIsaac, then-Assistant General Manager Kevin Cheveldayoff, and then-Head Coach Joel Quenneville. (Jim Gary, at the time a mental skills coach for the Blackhawks, was also present for the beginning of the meeting, but departed upon making his report.) According to the Report, after discussion of the alleged incident and how the Club should be dealing with it — including the potential options of initiating an investigation, notifying appropriate members of the Human Resources Department, ensuring the immediate separation of Aldrich from the Club’s Players, among other things — ultimately the determination was made and direction given that Hockey Operations personnel should devote their exclusive attention to on-ice matters heading into the Stanley Cup Final, and that other appropriate Club personnel within the organization would take responsibility for “handling” the Aldrich situation in a prompt and appropriate manner — which, as subsequent events make clear, did not happen.

Specifically, the Report concluded, “after being informed of Aldrich’s alleged sexual harassment and misconduct with a player, no action was taken for three weeks…While there was a lack of recollection as to whether anyone else present in the meeting besides [the Club’s President] needed to or would take any additional steps, nothing was done by the other senior leaders to address the situation.” The failure to promptly and thoroughly investigate the matter not only violated the Blackhawks’ own sexual harassment policy in effect at the time, the decision to take no action from May 23 to June 14, [2010] had real consequences, including allegations involving an additional unwanted sexual advance by Aldrich to a Blackhawks’ intern before he was ultimately separated from the Club.

“We acknowledge that the Blackhawks have taken responsibility and ownership for what transpired, and have already implemented new preventative measures, as well as committed to additional changes that may be deemed appropriate as part of its responsive plan of action to the investigation and Report,” Commissioner Gary Bettman said. “Such steps have included, but were not limited to: (i) retaining independent counsel to conduct a thorough investigation into the facts surrounding the 2010 allegations and the sufficiency of the Club’s response thereto; (ii) reviewing the Club’s internal policies, procedures and practices, including its internal operating structure and management personnel, to ensure a best-in-class approach going forward; and (iii) implementing various changes and upgrades to its internal procedures and personnel, including by adding enhanced subject matter expertise, creating more stringent reporting obligations, developing new and modernized employee handbooks, and implementing more comprehensive training and education programs.

“Having said that, today’s fine represents a direct and necessary response to the failure of the Club to follow-up and address the 2010 incident in a timely and appropriate manner,” Bettman continued. “And, this response should send a clear message to all NHL Clubs and all NHL personnel that inappropriate acts must be addressed in a timely fashion. In that regard, we also reiterate that the League has implemented a confidential and anonymous Hot Line, which is available at any time to all NHL personnel.”

Importantly, the Report makes clear that senior management’s handling of the alleged incident included a failure to report the matter to Chicago ownership, both as to what was alleged and how it was being handled. This failure only highlights the flawed and inadequate procedures the Club had in place at the time to deal with an allegation of this type.

“Additionally, we are faced with determining whether the imposition of League discipline is appropriate for the Club’s senior leaders at the time who were specifically referenced in the Report. As to four of those individuals (i.e., John McDonough and Jay Blunk and, as of today, Stan Bowman and Al MacIsaac), they are no longer employed by the Chicago Blackhawks and are no longer employed in the League. Should they wish to re-enter the League in some capacity in the future, I will require a meeting with me in advance of their accepting any NHL Club-related position in order to determine the appropriate conditions under which such new employment might take place,” Bettman said.

“With respect to Messrs. Cheveldayoff and Quenneville, who are currently employed by NHL Clubs other than the Blackhawks (the Winnipeg Jets and the Florida Panthers, respectively), I plan to arrange personal meetings in the near future with both individuals to discuss their roles in the relevant events as detailed in the Report. I will reserve judgment on next steps, if any, with respect to them.”