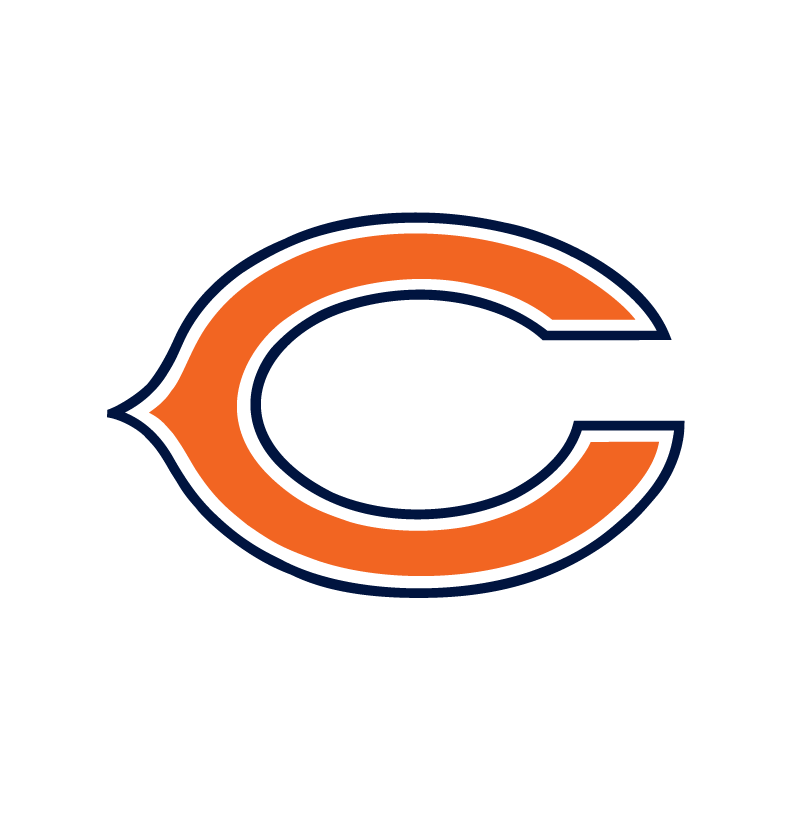 • Chicago is opening the season in Los Angeles for the first time since 1950, a 24-20 win against the Rams at the LA Memorial Coliseum. Sunday will mark the fourth straight year facing the Rams in primetime. The Bears are 54-38-3 all-time against the Rams.

• Head coach MATT NAGY is 9-2 in September games in his three seasons as head coach. Last year he and the Bears went unbeaten in September for the first time since 2010.

• TE JIMMY GRAHAM needs one more reception to become the sixth tight end in NFL history to hit 700 for his career. He also would join the company of Hall of Fame tight ends Tony Gonzalez and Antonio Gates as the only three TEs to eclipse 700+ career receptions, 8,000+ yards and 80+ TDs.

• In 13 primetime games with the Bears LB KHALIL MACK has 11.0 sacks, eight forced fumbles, two fumble recoveries and two interceptions, one which was returned for a touchdown.

• K CAIRO SANTOS enters the season with a streak of 27 consecutive field goals made in the regular season, a Bears record, a streak that started in Week 3 last year at the Falcons.

• The Bears finished the 2020 season with an 8-8 record and earned a Wild Card playoff berth for the second time in three years.

• The Bears started the 2020 season 5-1, their best start since 2012, before suffering a six-game skid. Over the final six games the Bears averaged 30.2 points per game, including a four-game stretch with 30-plus points for the first time since 1965.

• The Bears opened the 2020 season with two come-from-behind wins in their first three games, becoming the first team in NFL history to rally to win two contests in which they trailed by at least 16 points in the fourth quarter. In the season opener in Detroit, Mitchell Trubisky threw three touchdown passes in the final period to turn a 23-6 deficit into a 27-23 win over the Lions. The Bears showed the same resiliency two weeks later, staging another furious rally in Atlanta. This time, Nick Foles replaced Trubisky and threw three TD passes in the final 6:20 of regulation to turn a 26-10 deficit into a 30-26 win over the Falcons.

• Dalton also has 22 career rushing touchdowns, the fourth most in the NFL among quarterbacks since entering the league in 2011.

• Robinson has at least one reception in all 88 career games heading into the 2021 season. He owns 16 games of 100+ receiving yards and his eight career multi-touchdown performances.

• Robinson is tied for first in Bears annals with five 10+ reception games with Brandon Marshall and Alshon Jeffery.

• WR DARNELL MOONEY set a Bears record for most receptions by a rookie wide receiver by snagging 61 in 2020. He also recorded 631 yards and had four touchdowns.

• RB DAVID MONTGOMERY has a streak of six consecutive regular season games with a touchdown dating to Week 12 of the 2020 season.

• Graham also would join the company of Hall of Fame tight ends Gonzalez and Gates as the only three TEs to eclipse 700+ career receptions, 8,000+ yards and 80+ TDs.

• Six-time Pro Bowl LB KHALIL MACK returns for his fourth season in Chicago in 2021. His 22 forced fumbles since the start of 2015 are the most in the NFL during that span.

• In 13 primetime games with the Bears, Mack has 11.0 sacks, eight forced fumbles, two fumble recoveries and two interceptions, one which was returned for a touchdown.

• Mack had a team-high nine sacks in 2020 and is one of two players in the NFL (Aaron Donald) with at least eight sacks in each of the last six seasons. Since entering the NFL in 2014, he is one of seven players with at least 70 sacks (70.5) and is tied with Chandler Jones for the league lead with 23 forced fumbles during that span.

• In his first season with the Bears, LB ROBERT QUINN registered three forced fumbles, and his 27 career forced fumbles are tied with Jones (27) for the most among active players. He is the only player in the NFL with multiple forced fumbles in each of the past eight seasons.

• DB JAYLON JOHNSON led all rookies and tied for sixth in the NFL with 15 passes defensed in 2020.

• K CAIRO SANTOS finished the 2020 season with a streak of 27 consecutive field goals made between Weeks 3-17, breaking both the Bears single-season and all-time record for consecutive makes.

• Head coach MATT NAGY is 11-7 against the NFC North in his head coaching career, including 10-2 against the Lions and Vikings.

• Nagy finished the 2020 season one win behind former coach Lovie Smith (29) for the most wins by a Bears head coach through three seasons.

• The Bears are 5-1 on short weeks under Matt Nagy (coming off Monday night or playing on Thursday night).

ALTERNATING HOME/AWAY
Chicago will alternate home and road games throughout the season for the first time in franchise history.

TWO ON MONDAY NIGHT
For the second consecutive year the Bears will play two games on ESPN’s Monday Night Football: Week 9 at the Pittsburgh Steelers and Week 15 at home vs. the Minnesota Vikings. Last season the Bears played at the Rams and were home against the Vikings. Prior to last year, the last time the Bears played two MNF games was the 2016 season, falling to the Eagles in Week 2 at home before defeating the Vikings in Week 8 on Halloween night. Chicago also played two MNF games in 2014, 2013, 2012 (3 games), 2011 and 2010.

SUNDAY NIGHT FOOTBALL AT LAMBEAU
The Bears and Packers will continue their streak of playing at least one game a season in primetime, a streak which dates back to the 2006 season. The 2018 meeting at Green Bay marked the eighth consecutive season in which Bears traveled to Lambeau Field for a primetime matchup, with the 2021 season marking the 10th time in 11 years playing under the lights at Lambeau. The 2019 game in Green Bay marked the first day game for the Bears at Lambeau since 2010.