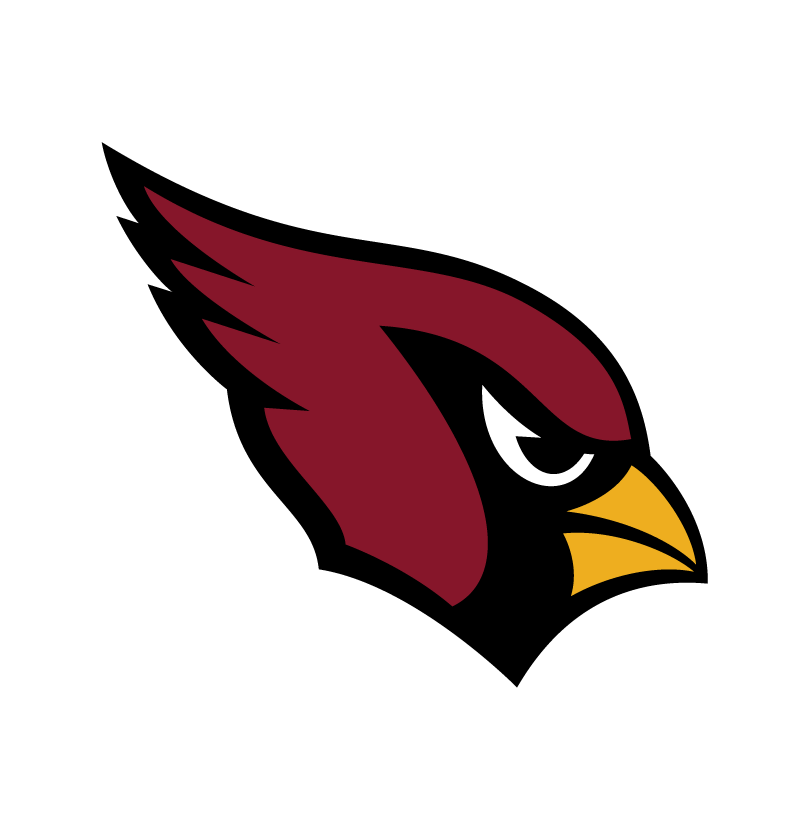 The Cardinals begin the 2021 campaign with a rare Week 1 road game against an AFC opponent.

Arizona’s trip to Tennessee this week marks the team’s fi rst Week 1 road game against an AFC opponent in 24 years (1997 @ Cincinnati ). It also marks just the second Ɵ me in the last 16 years (2006-21) the Cardinals opened a season playing on the road against a non-division opponent (2017 @ Detroit).

Sunday’s opener will mark the 12th meeting in the series between Arizona and Tennessee, which dates back to 1970 when the Cardinals were based in St. Louis and the Titans were known as the Houston Oilers.

Arizona enters this week’s game holding a 7-4 advantage in the all-Ɵ me series, having won two straight and three of the last four contests. Of the Cardinals seven wins in the series, four have come on the road.

After falling just one win shy of a playoff berth in 2020, the Cardinals begin their 2021 campaign against a Titans team coming off back-to-back seasons in which they earned a spot in the postseason. Although Arizona and Tennessee are infrequent opponents, two of the Cardinals biggest names – WR DeAndre Hopkins and DL J.J. Watt – have long rivalries with the Titans dating back to their Ɵ me in Houston. Hopkins faced the Titans 13 times in his seven seasons (2013-19) with the Texans while Watt played against them 15 times in 10 seasons (2011-20).

Sunday’s game will be the debut of the Cardinals pass-rushing duo of Watt and LB Chandler Jones, who have combined for 198.0 sacks and 451 QB hits. The duo leads an Arizona defense that blends veteran All-Pros (Watt, Jones, S Budda Baker) with a host of young talent including the linebacker tandem of Isaiah Simmons and Zaven Collins – the Cardinals most recent two first round picks. Collins, taken #16 overall in the 2021 NFL Draft, makes his NFL debut on Sunday alongside fellow rookie defender CB Marco Wilson (4th round in 2021).

On offense, the Cardinals have past Pro Bowl selections in nearly every position group, including at WR (Hopkins and A.J. Green), QB (Kyler Murray), OL (Rodney Hudson) and RB (James Conner). Added to that mix is dynamic rookie WR Rondale Moore, Arizona’s second round pick who is also set to make his NFL debut in Tennessee.

The 2021 regular season begins this week as the Cardinals face the Titans at Nissan Stadium in Nashville on Sunday. This marks Arizona’s first Week 1 road game against an AFC opponent in 24 years (1997 @ Cincinnati).

Arizona travels to Tennessee this week looking to improve to 8-4 all-Ɵ me vs. the Titans and 5-2 on the road in the series.

Watt has been nearly unstoppable vs. the Titans. In 15 games vs. his former divisional rival, he has 64 tackles, 18.0 sacks, 25 tackles for loss, 38 QB hits, 9 forced fumbles, 2 fumble recoveries and 9 passes defensed. ï When they take the fi eld together on Sunday, Hopkins (10,009) and A.J. Green (9,430) will become just the eighth WR duo in NFL history – and first since Andre Johnson and Derrick Mason with Houston in 2011 – to enter a season each having 9,000+ career receiving yards.

LB Chandler Jones has 4.0 sacks in three career games against the Titans. He has at least one sack in all three games, including one in Week 1 of the 2012 season at Tennessee in his NFL debut.

Jones has at least one sack in all five season-openers he has played with the Cardinals.

The last time the teams met – in Week 14 of the 2017 season at State Farm Stadium – the Cardinals earned a 12-7 victory. That continued a trend of close games when these two teams meet. The last three games were decided by a combined 11 points and none were decided by more than five points. Sunday’s season-opener marks just the sixth meeting between the two teams dating back to 1997. It also represents just the Cardinals third-ever regular season visit to Nashville.

WHAT TO LOOK FOR IN THE OPENER

WITH A WIN THIS WEEK…
Arizona would improve to 8-4 all-time vs. the Titans and 5-2 on the road in the series.

The Cardinals would push their winning streak vs. Tennessee to three games, which would match the longest winning streak in the history of the series for either team (Cards won three straight from 1970-79). Arizona would also improve to 4-1 in its last five games vs. the Titans.

The Cardinals would have Week 1 road wins in back-to-back seasons for the first time since 1972-73.

MILESTONES WITHIN REACH
LB Chandler Jones
With a sack, Jones would have at least one sack in a season-opener for the seventh Ɵ me in his career – including in all six seasons with the Cardinals.

With a sack, Jones would have 5.0 sacks in four career games vs. the Titans. He would have at least one sack in all four games.

WR DeAndre Hopkins
With a reception, Hopkins would extend his streak to 127 consecutive games with a catch. He would have at least one catch in every game of his NFL career.

With 100+ receiving yards, Hopkins would reach the century mark in a season opener for the third consecutive year.